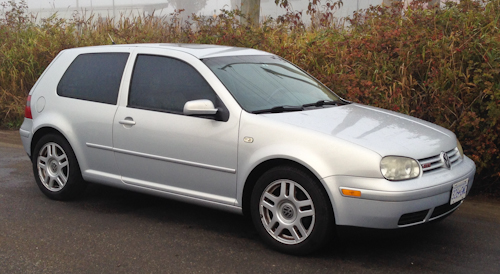 Generally speaking, timing chains are highly reliable however on some engines they fail frequently. The Volkswagen VR6 in one such engine. If you own one of these you will most likely experience timing chain failure at some time.

Our GTI was towed in as it was running very poorly: the engine ran roughly, lacked power and the check engine light was on.

After removing the valve cover and lining up all timing marks it was very apparent that the front camshaft had skipped a couple of teeth. This is a very serious condition: had the chain skipped any more teeth, very expensive valve damage would have occurred. 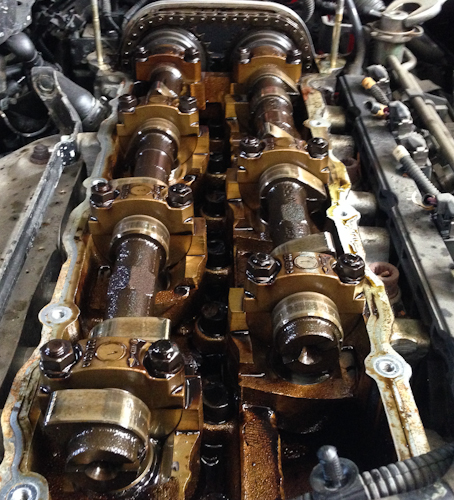 Valve cover removed and camshafts and timing chain exposed. If you look closely at the end of the camshaft on the right you can see that the cut across the shaft doesn’t sit in the same alignment as the left camshaft. This is due to the chain having skipped teeth.

The VR6 engine is rather unique in it’s positioning of the timing chain at the rear of the engine. In order to replace it, the transmission must be removed. This was a perfect time to replace the clutch as it too required removal and was nearly worn out.

With the new chain installed the engine purred and regained its power. With the new clutch the car was a pleasure to drive. 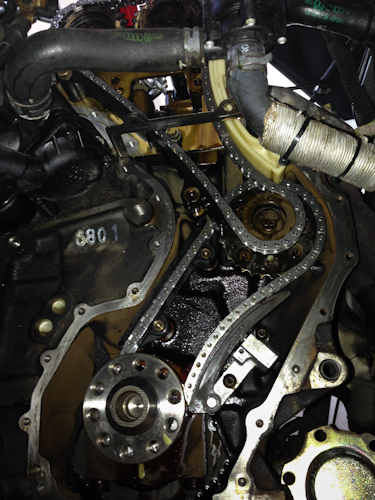 New timing chains, guides and tensioners installed. You can see that this engine uses 2 chains

For more on the very unique VR6 engine check out this link  http://en.wikipedia.org/wiki/VR6_engine

For more info on the VW GTI and Golf click this link http://en.wikipedia.org/wiki/VW_GTI