Wednesday’s featured service is oil pan gasket replacement on a 2001 Chevrolet Corvette, brought to us by a client from Marpole, Vancouver. 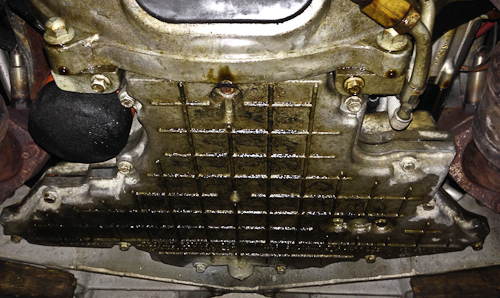 Oil leak repairs are a frequent service at our shop. Engines are especially prone to leaks from their many seals and gaskets. In all fairness, gasket and seal technology has improved incredibly over the years with most manufacturers having relatively leak free engines. However all good things must come to an end and sooner or later all gaskets and seals will fail; they just last longer than they used to. On the downside, engines are much more complex than they once were and this often makes seal and gasket replacement an expensive repair.

Our featured 2001 Chevrolet Corvette had under 100,000 kilometers which is relatively low mileage. At this time only the oil pan gaskets were leaking. After doing a diagnosis we found most of the leak, about 80%, coming from the lower oil pan gasket. This is a relatively easy and low cost fix. The upper oil pan gasket was leaking enough that it also warranted replacement: a much more complex and expensive repair.

Occasionally we find something interesting in the course of our services and what we found on the Corvette’s upper oil pan qualified as such. There was a crack in the pan’s gasket surfaced caused by a bolt that had been installed incorrectly. The bolt attaches the transmission cooler lines to the oil pan and a previous technician had installed too long of a bolt which cracked the pan’s surface. Fortunately we were able to repair the crack for no extra cost to our client.

The Corvette seems an anomaly for the Chevrolet line. While most Chevy cars are low to mid end cars the Corvette stands out as a unique high performance sports car. It has obviously worked well for GM as the car has been offered and sought after since it’s introduction in 1953.

For more on the Chevrolet Corvette please view this link http://en.wikipedia.org/wiki/Chevy_Corvette

For more about the engines found in Corvettes and other GM vehicle view this link http://en.wikipedia.org/wiki/LS9 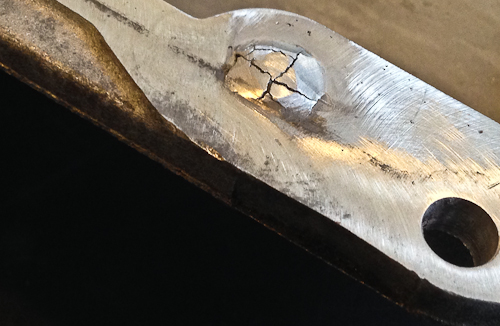 Damaged surface of upper oil pan, caused by installing too long of a bolt into pan 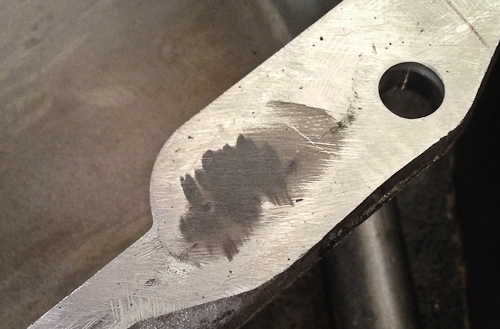