Power Steering Pump Replacement on a 2004 Ford Escape, brought to us by a client from Oakridge, Vancouver is our featured repair for Thursday. 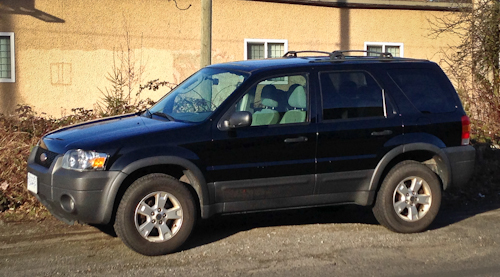 The most common cause of failure on a power steering pump is fluid leakage and that’s exactly what happened to this Ford Escape ‘s pump. Often when the pump leaks it will soak the drive belt(s) with oil, and that’s also what occurred on this vehicle.

Power steering systems consist of 2 major components: the pump and the rack and pinion or steering box depending on application. Lesser but equally crucial components are the power steering hoses: one a high pressure hose and one a fluid return hose. Leaks can occur from any of these 4 components and over time they will fail on most vehicles: it’s just a matter of when.

Power steering pumps are found on most vehicles though they are slowly being made obsolete by the usage of electric power steering systems.

Electric power steering eliminates fluid leaks as a cause of concern. However they are not bullet proof and can still fail for other reasons.

The Ford Escape is the same vehicle as the Mazda Tribute. Ford and Mazda have done many joint vehicle projects over the years: the Ranger & B-series pickups and the Probe & MX6 to name a couple. Often you can buy the used Ford model for much less money than the Mazda. Generally American vehicles depreciate more quickly than their Japanese counterparts.

For more information on the Ford Escape click here http://en.wikipedia.org/wiki/Ford_Escape 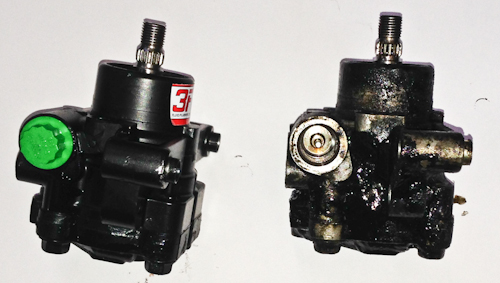