Wednesday’s featured repair is the replacement of the front crankshaft seal and timing belt on a 2004 Lexus RX330.

This vehicle came to our shop running dangerously low on engine oil. We diagnosed and found the front crankshaft seal leaking oil. The timing belt was also overdue for replacement .

At Pawlik Automotive we do every timing belt job this way: it’s a complete job and leaves no related parts to fail prematurely damaging the timing belt.

Interestingly enough we also replaced a timing belt on Tuesday on another RX330 however Tuesday’s vehicle was built in Japan whereas today’s RX330 was built in Canada. Which one is better? They both are equally as durable and well built.

For more in depth information about this luxurious and reliable SUV check out http://en.wikipedia.org/wiki/Lexus_RX330 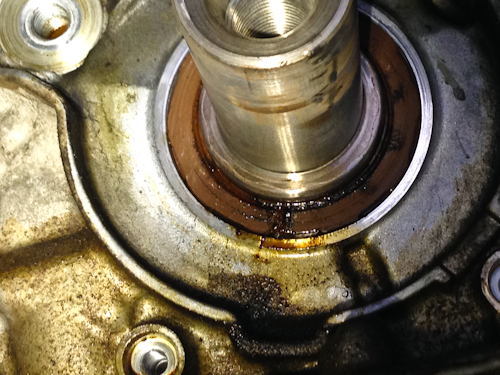