Our latest featured service is ABS Rear Wheel Speed Sensor Replacement on a 2005 Ford E250 Van brought to us by a client from Hastings/Sunrise. 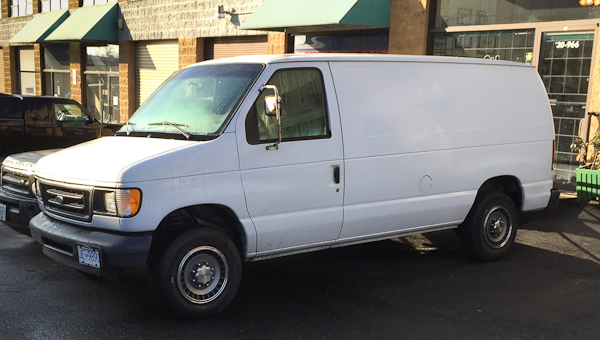 This van arrived with an interesting concern: during low speed stops the brake pedal would get very hard and there were strange noises present. The van had been recently purchased and the owner knew there was a problem with the brakes. He had taken it to several shops but no one had a definitive answer. After listening to his concerns and taking the vehicle for a road test we knew quickly that the cause of the concern was in his ABS system.

Even though we knew which system was problematic we still needed to find the exact cause. We also needed to verify that there were no further issues with the brake system. A thorough brake inspection found good front brake pads, slightly warped front brake rotors, dirty brake fluid and almost worn out rear brake pads. While many of these issues required attention they were not the cause of the concern. Testing the ABS brake system on our scan tool found the rear wheel speed sensor dropping out at low speeds. This was the cause of our client’s concern. There were still further steps to take in the diagnostic process and we proceeded to test the rear wheel speed sensor with a lab scope where we verified the bad sensor readings found on the scan tool.

The rear wheel speed sensor is located in the differential and consists of an electrical sensor and a large sensor ring mounted against the ring gear. On close examination we found the sensor and the ring had physical damage. We then proceeded to our next step, removing the differential cover and inspecting. Here we located the cause of the damage: broken limited slip clutch components. Unfortunately for our client the damage was extensive and required a new differential carrier assembly, but on a positive note none of the gears had been damaged by the large metal parts floating around inside the differential. Had this occurred costs would have been substantially higher. 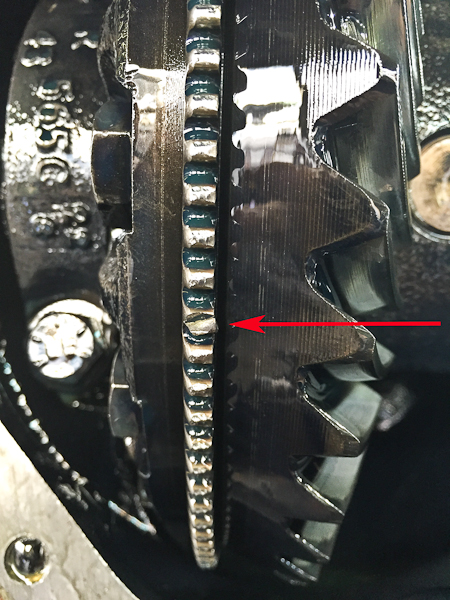 After replacement the vehicle was road tested and the brakes performed normally with no more stiff pedal and strange noises. 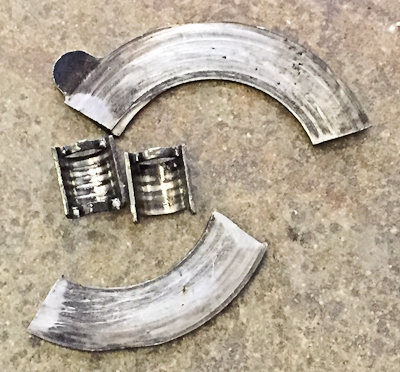 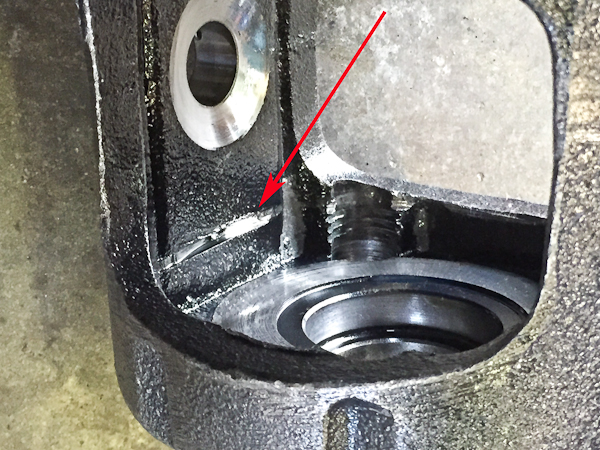 Differential case: the arrow points to a deep cut in the case caused by the broken and shifting clutch plate featured in the image above. This case is garbage.