Our client’s Ford was suffering from several serious concerns including the vehicle occasionally having no acceleration. Even more worrisome was that the problem would strike without warning: put down the gas pedal to cut out into traffic and the car would not move. It’s the sort of unpredictability we can all do without. Additionally the check engine lamp was on.

Since the dawn of the automotive era, all gasoline engines had throttles which opened and closed by a mechanical linkage to the gas pedal (a cable or rod). This Ford’s throttle body is typical of most throttle bodies used on mid 2000 and newer cars. They are electronically actuated: instead of the throttle moving by mechanical linkage it opens and closes via an electric servo motor which receives it’s commands from the powertrain computer.

For more on the Ford Freestyle click this link. http://en.wikipedia.org/wiki/Ford_Freestyle 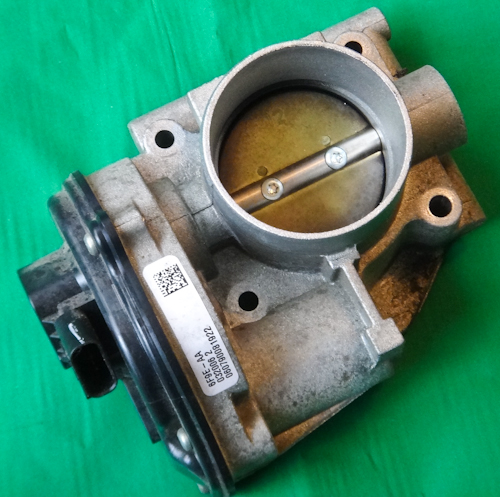