Today’s featured service is an engine replacement on a 2007 Mazda 3, brought to us by a client from West End, Vancouver. 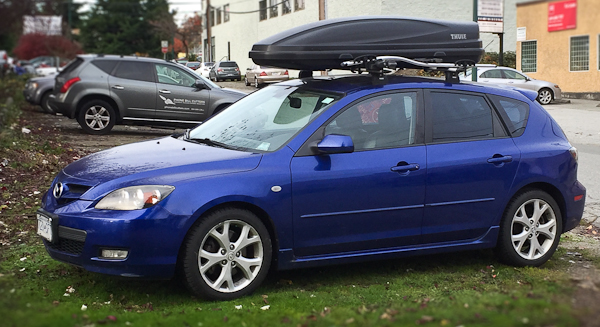 We service many Mazda 3s at our shop and have found them to be extremely reliable vehicles. The problems with these cars are few and those that do occur are very predictable. They happen with such clockwork that a budget of repairs and maintenance could be accurately drafted.

It was quite unusual when this vehicle was towed to our shop dead with a blown engine. There was no compression in all cylinders and coolant was present inside #1 and #2 cylinders. Clearly something had gone badly wrong though the owner’s only experience was that the car lost power on a highway drive and wouldn’t run any more: no strange noises, smoke or high reading temperature gauges were present. 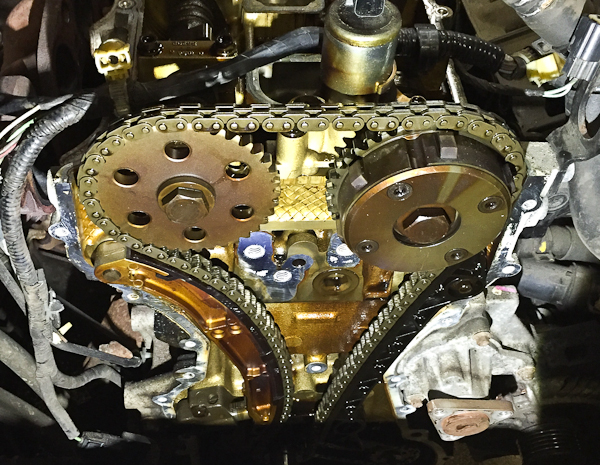 View of timing chain and cam gears with timing cover removed. These components must be removed and reinstalled with a cylinder head gasket replacement. 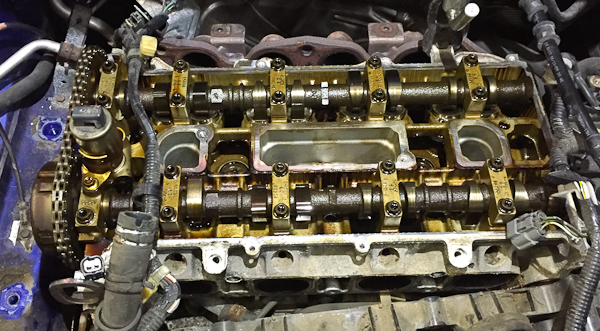 View of overhead camshafts with valve cover removed. These must be removed to access cylinder head bolts.

Exploratory surgery was called for. We removed the cylinder head from the engine, an arduous task due to the chain driven dual overhead cams. With the head off we found something amazing: the engine block had melted between cylinders 1 and 2, and 3 and 4. The cylinder head gasket was also burned between these two cylinders and the cylinder head was damaged beyond repair. Only a severe overheating could have caused this damage but it seemed strange based on our client’s experience of driving the car and the fact that it had been serviced within the past few weeks. 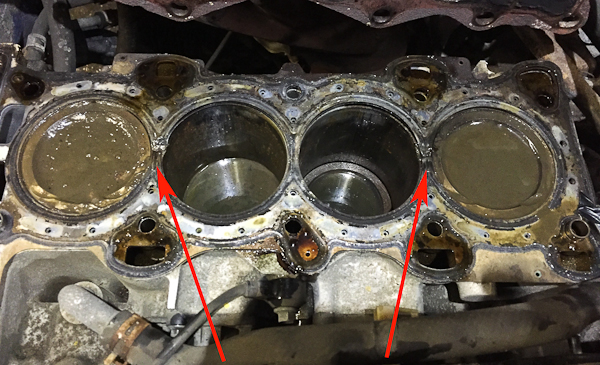 Engine block with cylinder head off. The red arrows point to the melted areas between cylinders. 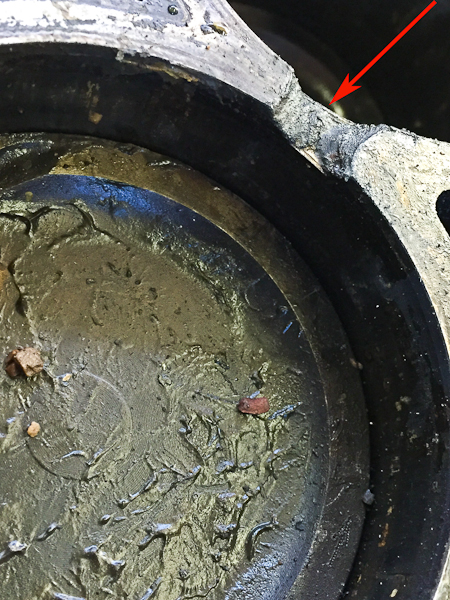 Close up view of burn between cylinders. So much heat was generated that the metal melted. 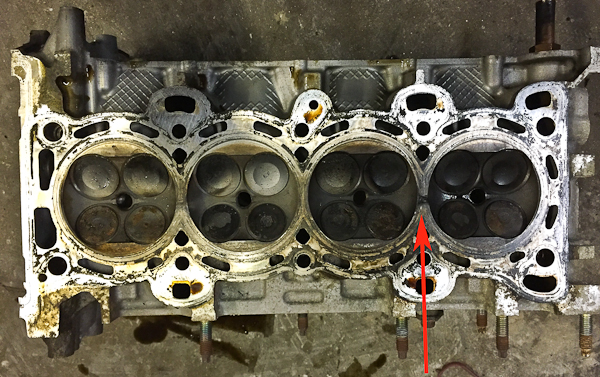 View of cylinder head and engine valves. The red arrow points to another severely damaged area.

Replacement of the engine was our only option at this point and the client opted for a good used engine. While rebuilt engines are usually the better option due to their use of new parts and one to three year warranty, they are expensive and there are many good used engines available these days. The disadvantage of used engines is that you are never certain of what you are getting until it is running. The warranty is also much less , so while the bill is cheaper you are taking a risk. Generally it’s a good risk, as 99% of used engines we have installed have been good.

Firing up a replacement engine and doing final road tests is both a nerve-wracking and exciting time. This 2.3 liter engine roared to life after some extended cranking and immediately ran well, though there was one hitch: the exhaust system was filled with antifreeze and engine oil from the previous engine’s melt down. From the moment the engine started there were billowing clouds of white smoke coming from the tailpipe. These continued for several embarrassing kilometers into the road test. Eventually they stopped but it was certainly a testament to the fate that had befallen the original engine. 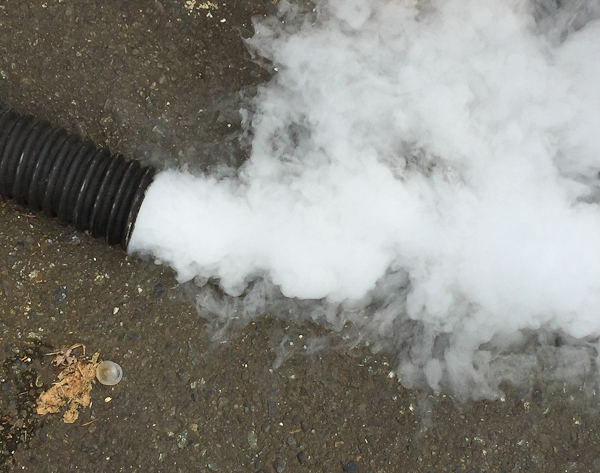 White smoke caused by an exhaust system full of antifreeze. It took 15 minutes of driving to burn it out.