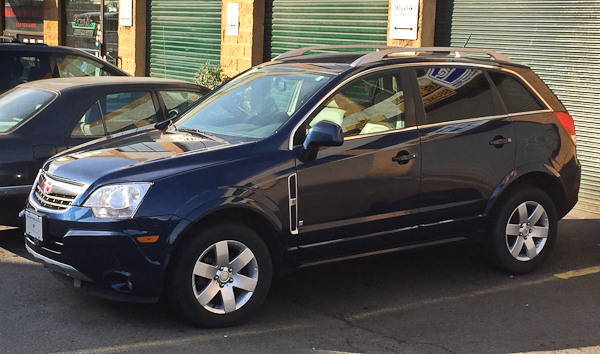 This low mileage (96,000 km) SUV came to our shop to confirm a diagnosis done by a GM dealership. The check engine light had come on and the engine had a slight roughness, noticeable at idle. Their diagnosis concluded that an exhaust valve in #6 cylinder was not sealing properly.

We extracted a code P0306, cylinder #6 misfire from the engine computer. After diagnosing the concern we came to the same verdictas the dealership that there was poor compression in #6 cylinder and the cause was an exhaust valve not sealing.

This was an unusual problem with this engine and in fact an uncommon issue with most modern engines. Unfortunately this was a very large job on this particular engine. Our Saturn Vue was equipped with a 3.6 liter dual overhead camshaft, 24 valve with variable valve timing engine. There is a lot of complexity to this engine and it makes the removal of a cylinder head, which was required for the valve repair, very technical, time consuming and expensive.

In an effort to provide maximum performance along with minimal exhaust emissions and miserly fuel economy many modern engines feature complex components and along with them, expensive repair procedures. I cannot stress enough how important proper maintenance is on modern cars, especially regular oil changes with good quality oils.

Upon removal of the cylinder head and the myriad components needed to facilitate the removal we found 1 burnt exhaust valve . There was no apparent cause and it looked like it may have been a manufacturing defect: a most unusual occurrence in a modern engine. For repairs we had a machine shop replace the valve and grind the seat and all was good again. All remaining valves in this cylinder head were perfect. 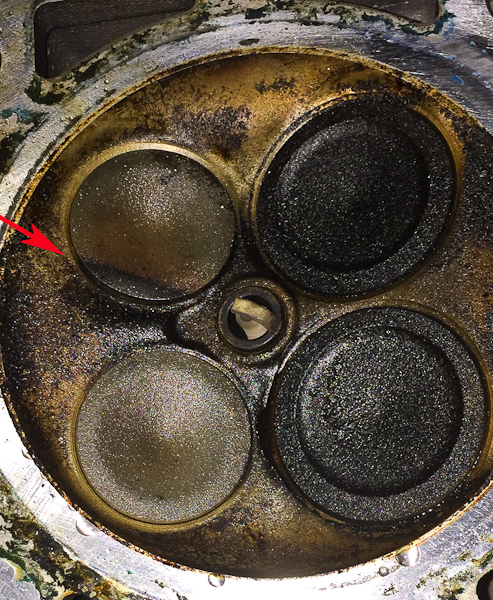 Inside of cylinder head, intake valves are on right and exhaust valves on left, red arrow points to burned valve 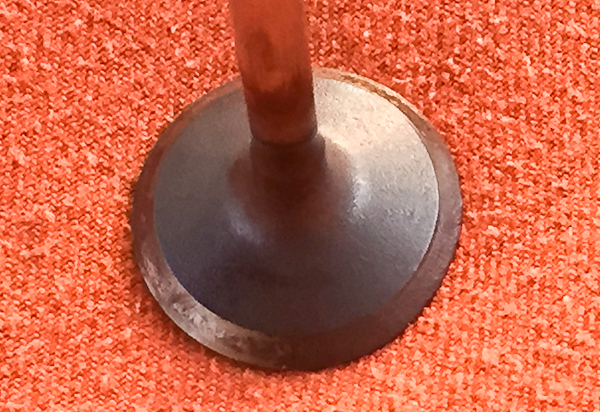 This engine had been meticulously maintained and that was a good thing. There was no sludge build up inside the engine, and while removing the 3 timing chains and guides we found no significant wear. Had there been damage our client's repair bill would have climbed significantly.

After repairs the engine ran as smooth as silk and the check engine lamp remained off. The take away from this repair is two fold: first, even with proper maintenance things can go wrong, though they rarely do.

Second, treat your modern car engine like you would if you owned a Ferrari. The technology in most modern engines is equivalent to such a car, it's just not quite as radical. 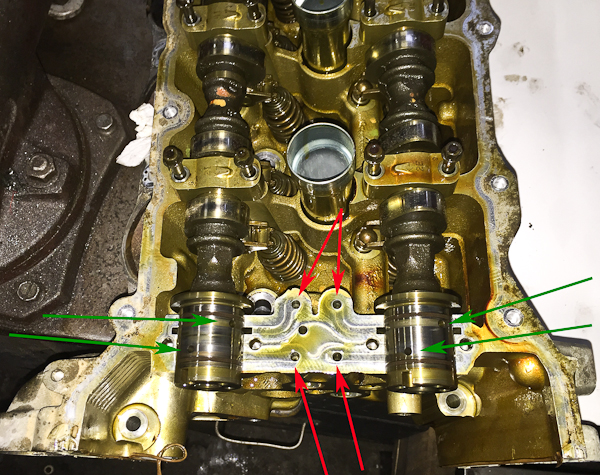 Pawlik Automotive is a 14 time winner - as voted by our customers - of Best Auto Repair in Vancouver, BC

For more about the Saturn Vue click here http://en.wikipedia.org/wiki/Saturn_Vue