Mark: So 2011 Mercedes-Benz ML350 diesel. What was going on with this vehicle?

Bernie: So the owner was experiencing a check engine light coming on, and then the vehicle going into a reduced power, kind of a limp mode from time to time. So obviously it was a concern, brought it in for us to look at.

Mark: So what testing and diagnosis did you have to do?

Bernie: Well, first step of course, is to verify the client's concern. We drove it and of course it drove perfectly well . Never went into limp mode, no problems. We scanned the vehicle, hooked up our diagnostic computer. We interrogated the vehicle for codes found a number of codes and different modules, but only one in the engine for a diesel exhaust fluid heater. And so we cleared that. Did a couple more tests, but didn't really find anything conclusive.

Took the vehicle next day, of course, same day he was driving it, the light came on, came back and we did further testing on it and found that the actual main heating unit in the tank was bad. There's a number of tests you can run on a scan tool looking at current draws and of the various heating circuits. And we found that that one was quite far out of range. So that basically the main heater in the tank was bad.

Bernie: So DPF is diesel particulate fluid. Sometimes it's called a reductant tank. But basically what it does is it it holds the diesel exhaust fluid, which is injected into the SCR, the selective catalyst reduction.

Long and short of it, it reduces NOx emission and makes for a clean diesel if there's such a thing. So it's about as clean as you can get. And so this is all part of it. There's a tank that holds the fluid. The fluid will actually freeze very easily. So it has to have a heater in, it has to be kept warm for the fluid to flow.

So just getting some pictures here. 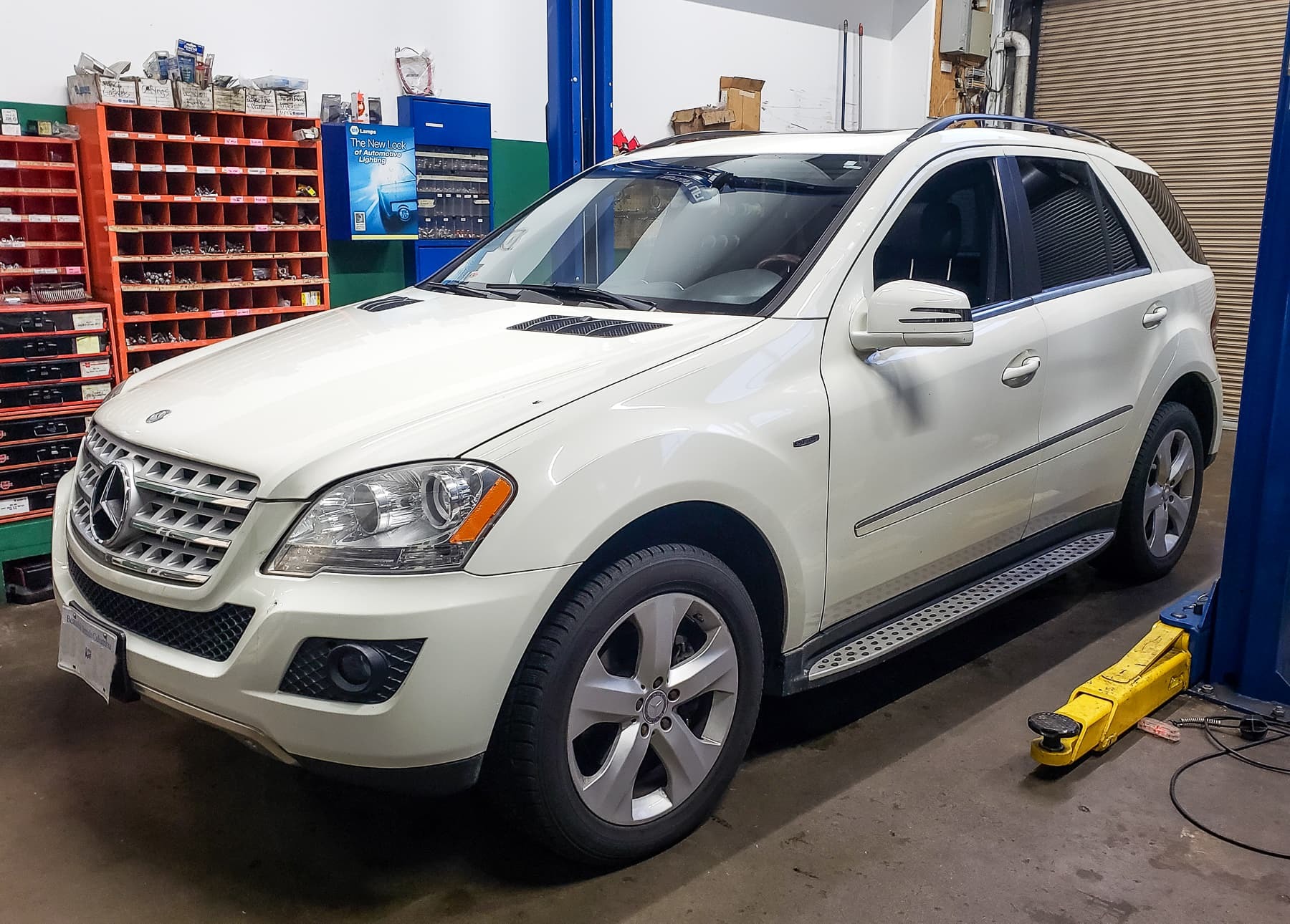 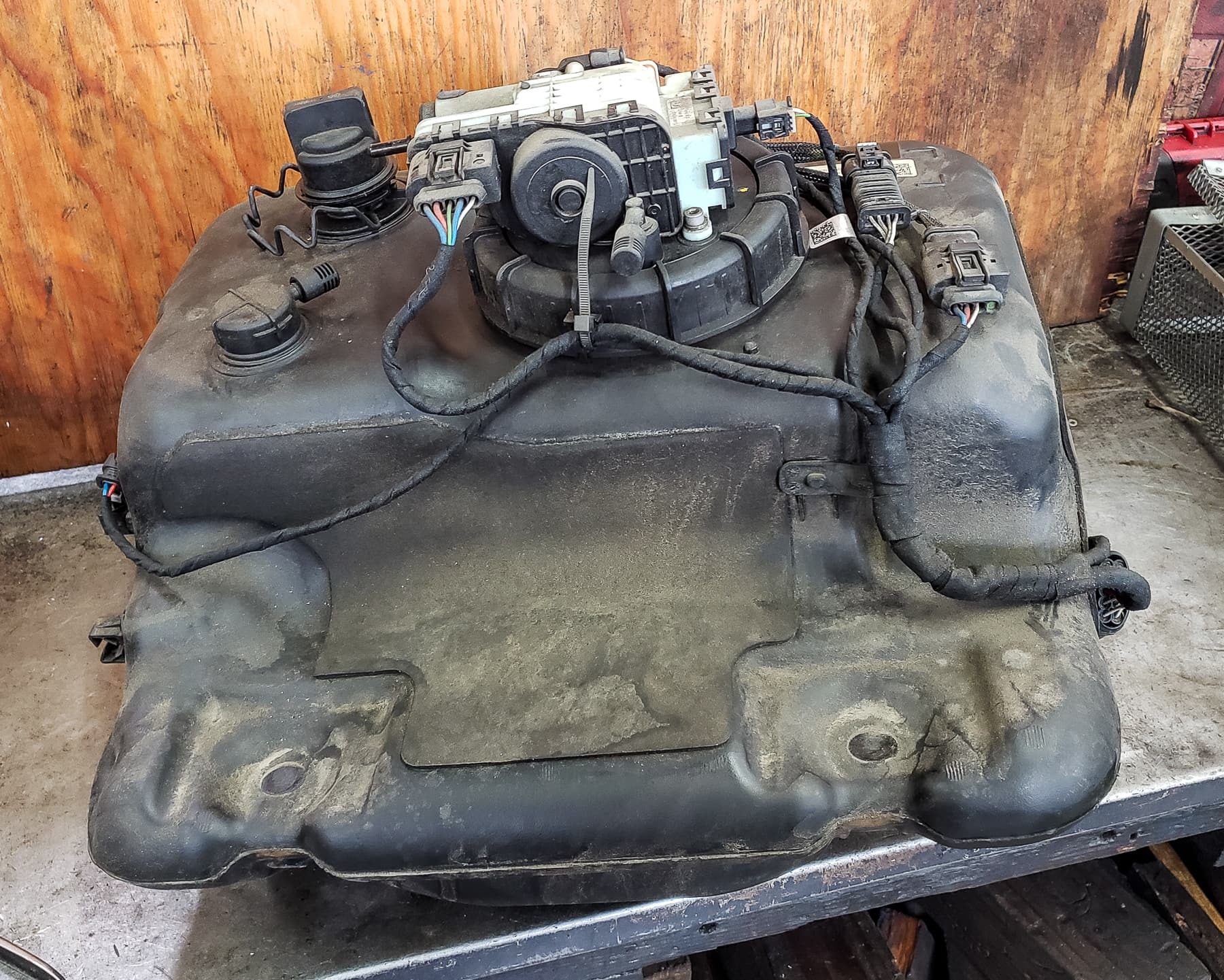 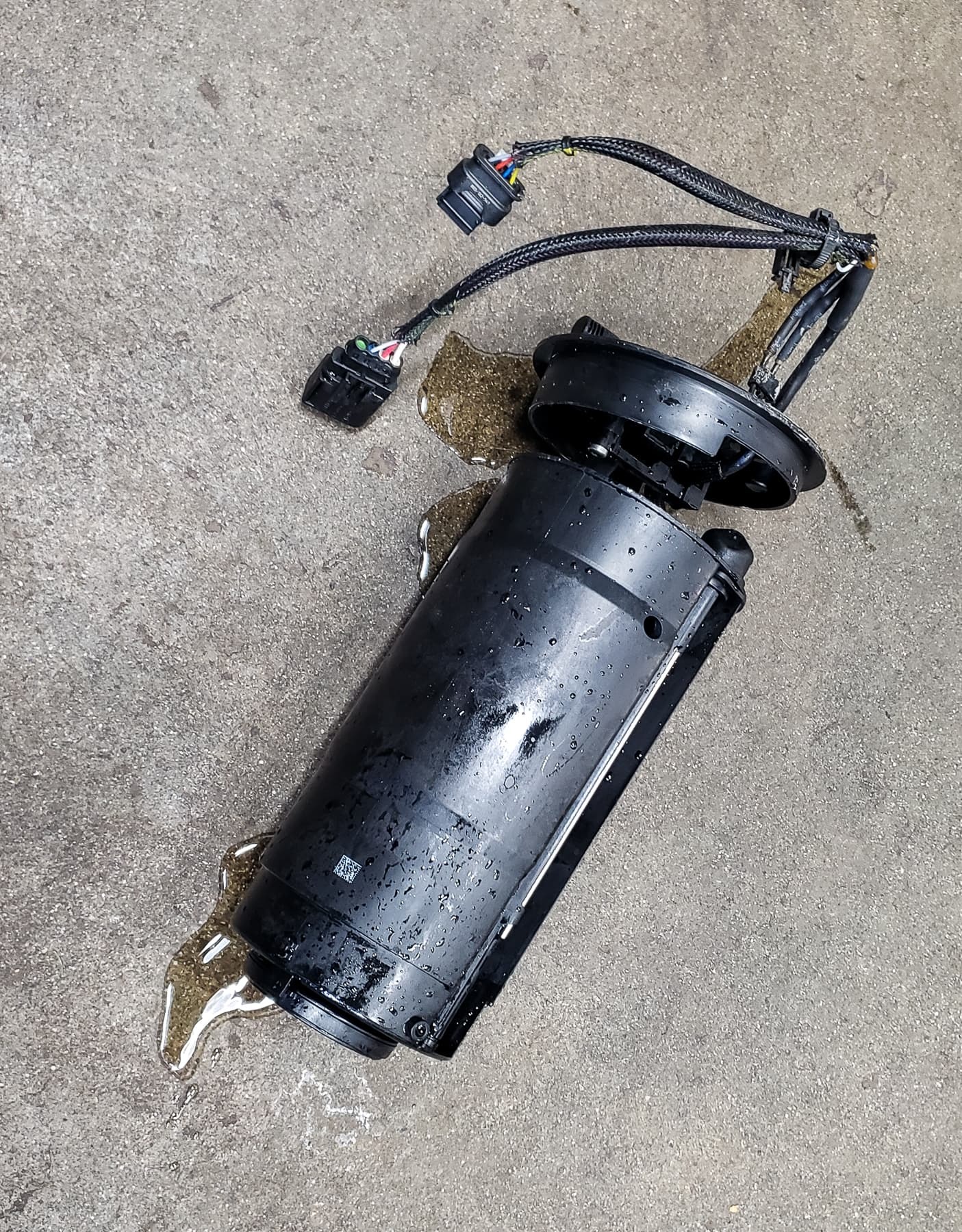 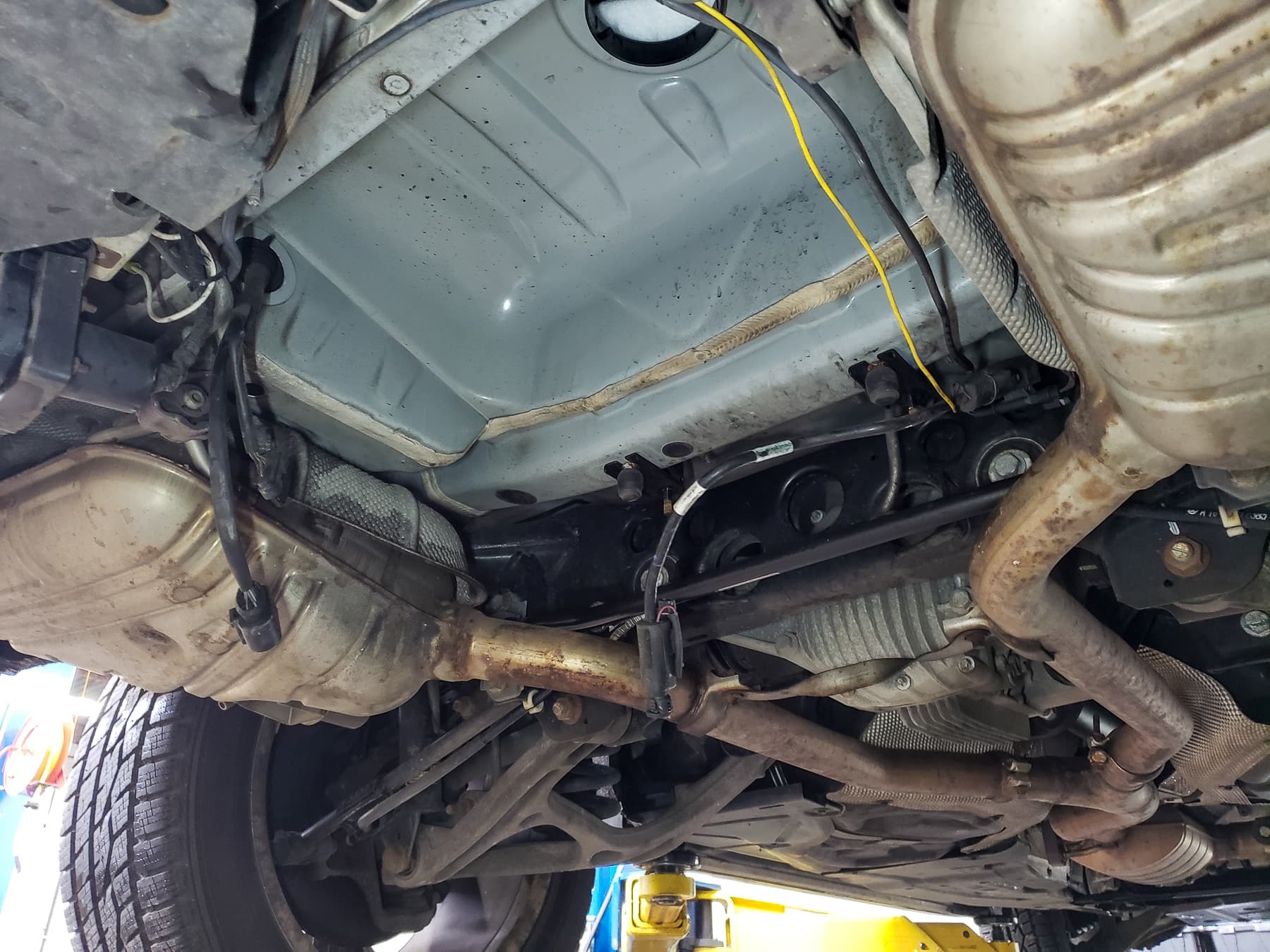 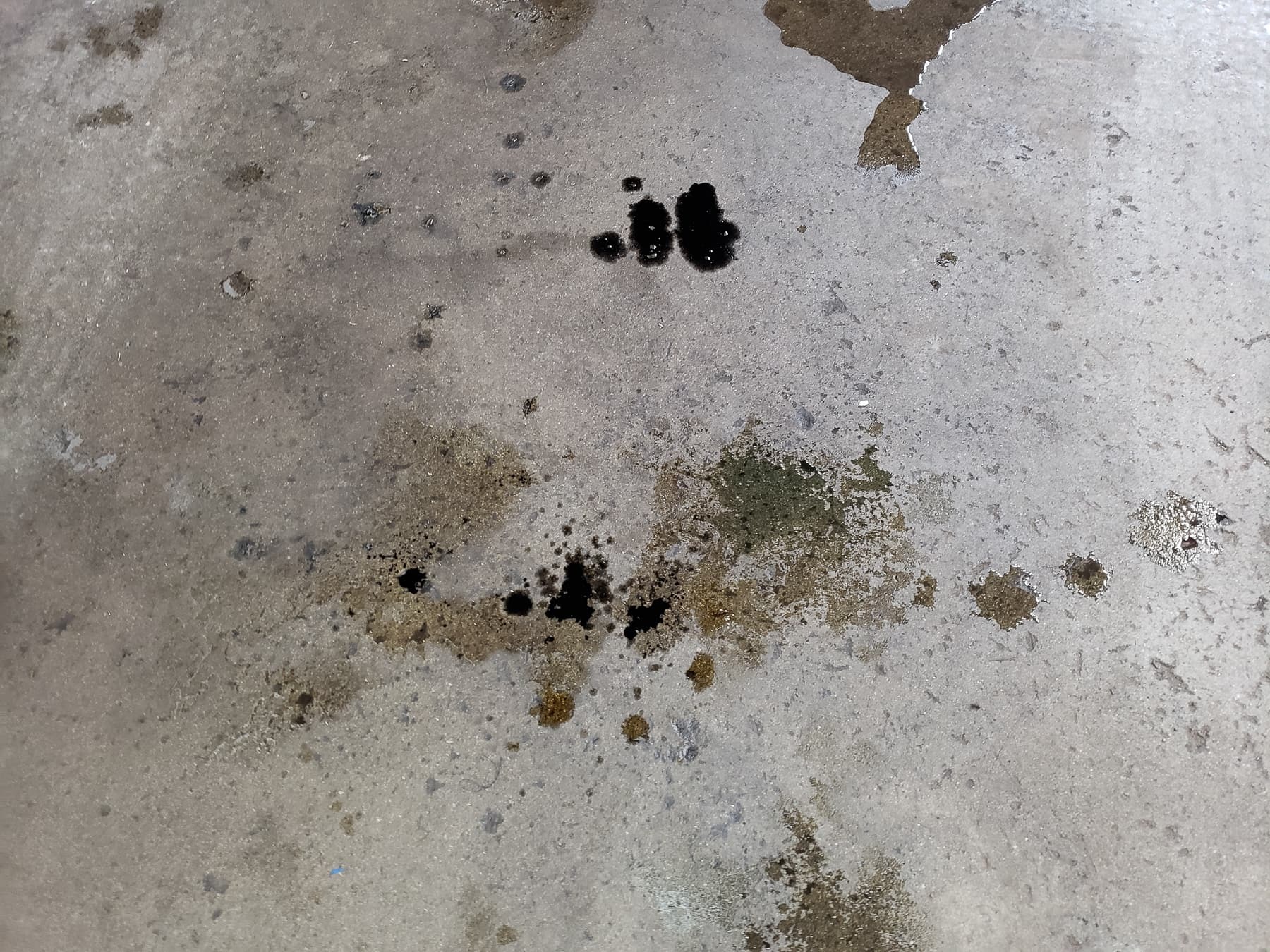 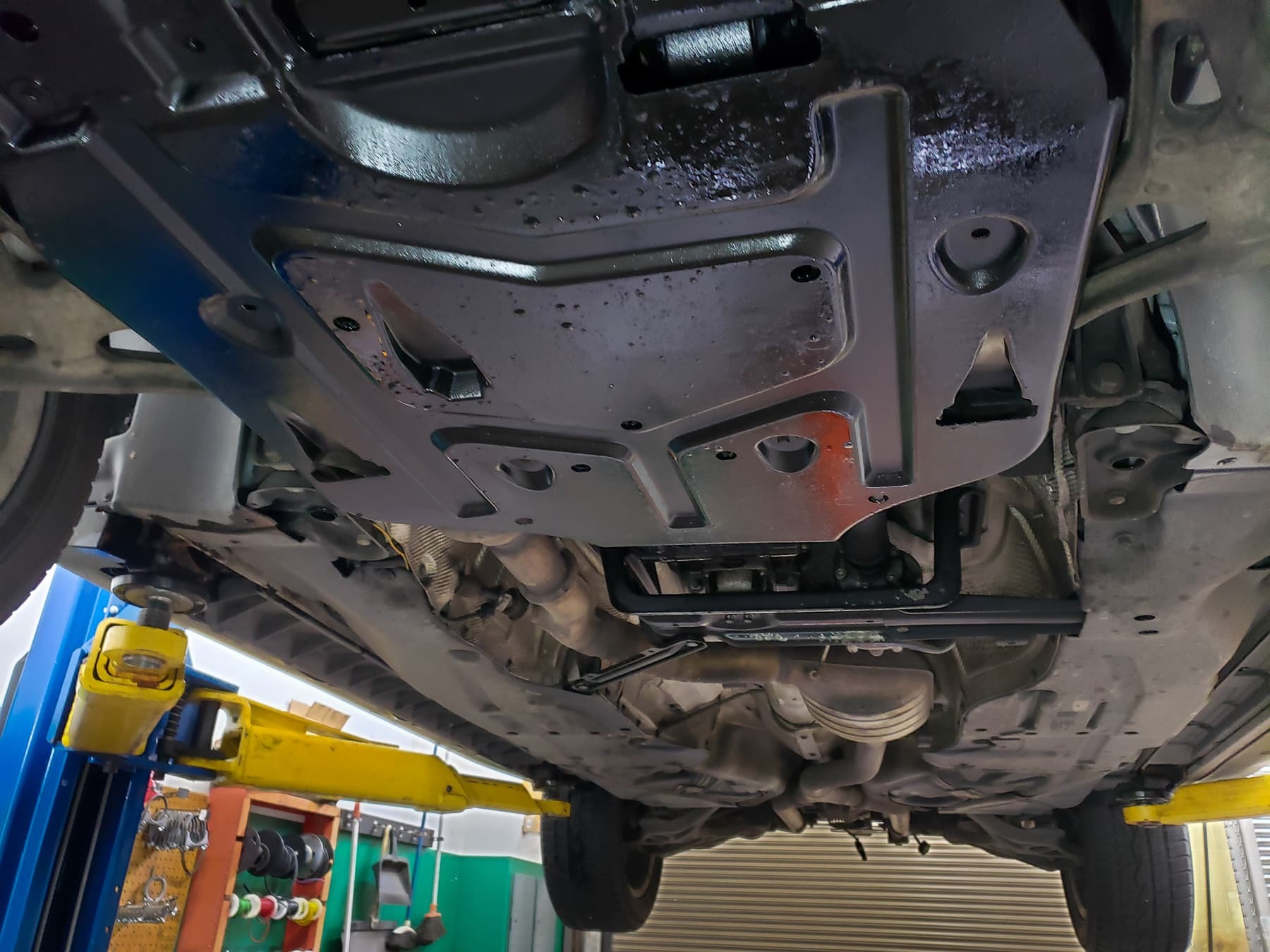 So there's our 2011 ML350 SUV. So this is the tank removed from the vehicle and underneath here where I'm kind of moving the mouse pointer, underneath here is where the actual heating assembly. We'll have a look at that in a minute, but this, unit on top here is the pump. You can see there's a lot to this. The fluid gets filled here and that's filled through the trunk. It needs to be done every, you know, maybe eight to 10,000 kilometres, depending on the maintenance interval, how you drive it and so on.

There's a hose that attaches here. Of course, it goes out to the injector. You know, there are various wiring components here to pump the fluid, to operate the tank heater and so on. As you can see, there's a lot to it electrically.

This is the old heating assembly. So this fits you know, underneath that big round ring, the pump bolts onto the top of it. This liquid here is the diesel exhaust fluid. The stuff is really interesting if you spill it or it spills on the floor, it, it eventually dries into this interesting looking crystal.

This is where the unit sits. So you can see, these are the two mufflers right at the back of the vehicle. This area here is where the filler assembly is. As I said, you fill it through the trunk and the tank fits in neatly here. The wiring connects up here. So that's basically it that's that's kind of the bulk of it. There was a couple of other pictures I want to show you just while we're out of here.

You know, often, you know, we find other issues on cars, which aren't related, but it's a Mercedes diesel. Oil leaks are a common issue. This is some of the oil that had accumulate on the floor after a couple of hours of service. And a splash pan with a lot of oil coming out of it. So we've talked about oil leaks on these vehicles. That's a common thing. But I just thought, this just kind of caught my eye, and I thought, you know, is there anything else this vehicle needs. Yeah, Well, it's going to need some oil leak repairs.

Mark: So replacing the tank heater, was that a complex repair?

Bernie: It's not really that complex. The tank, fortunately it's designed nicely. The tank drops right out, sits in between the mufflers. There's plenty of room and the tank comes out pretty easily. It comes apart quite easily. It's just a few things to transfer over. Part and reassembly, the pump needs to be primed because it can't suck air. So it has to be primed so it's full of liquid and fluid. And adds a bit of complexity, but overall it's not really too much of a labor intensive job.

Mark: What about the kind of repair costs?

Bernie: Well, overall, the cost is actually pretty expensive because of course, you know, you've got some diagnostic costs to determine what's wrong with it. Then the labor to replace it, which isn't too much compared to some operations on vehicles, but the the actual heating unit itself, depending on where it's bought is in the $1,500 range, little more from the Mercedes dealer. So it's an expensive part. That's a 2021 chart as a February, 2021 costs. Because if you're looking at this video five years from now and wondering about the cost, it could be less, could be more, you never know, prices have a way of going up sometimes and down at other times, but usually it's up. So it isn't expensive repair overall.

Mark: Okay. For the folks out there who don't want to save the planet, can't you just remove the system and be done with it?

Bernie: Well, you could. But the thing is, I mean, the reason why the customer brought it in the first place is because this vehicle went into a limp mode because the heater didn't work. So it's basically set. So if there's a malfunction in the system, the vehicle isn't going to operate properly.

So what's required to take that out of the equation is to reprogram the vehicle computer. So it doesn't do that. So I know it's probably available somewhere. I have no idea who does it or how you do it. I wouldn't even look into it. I wouldn't do it myself. Cause I really do believe that these things make a big difference to the air that we all breathe.

You know, diesel exhaust is carcinogenic, if care about that at all. It's kind of important not to remove the items. So it's possible and highly not recommended and also illegal.

Mark: Yeah. If the police find out that you don't have it, they're going to make you put it back.

Bernie: Yup. And we have a Dodge truck where someone had removed all our emission equipment, a lot more than this, but they had a lot of it removed. It was very, very, very expensive to fix. So yeah, you're really in my opinion, better not to ever remove it, but people do. And it's more complicated on something like a Mercedes, I mean, a lot of American vehicles, it's way more common and way easier to do. But especially in Canada, because you can actually buy the computers you know, to do it in Canada, but in the US there, you can still get them. They're just less legal.

Mark: How are these ML350s for reliability?

Bernie: Well you know, they're not the best. We've got a lot of videos on these. There are a lot of things like oil leaks, which I showed you some oil on the floor and leaking through the splash pan. Those are probably one of the bigger issues on these vehicles.

The engine oil cooler seals are a big leak issue. The oil filter housings are another one you know, fuel injectors fail. You know, they develop fuel leaks or different spots? Turbochargers fail. Intake, runners that fail. There are a lot of things that go wrong. And now of course we have the diesel exhaust fluid heater, you know, to add to that. So there's, there's more complexity.

A great running vehicle, but there are things that go wrong with them and you know, we need to be prepared to spend more money than you would on your average vehicle.

Mark: So, if you're looking for service for your Mercedes Benz in Vancouver, BC, Canada, the guys to call are Pawlik Automotive. You can reach them at (604) 327-7112. To book your appointment, you have to call and book ahead because they're always busy. They're very popular. Or check out the website pawlikautomotive.com. YouTube channel Pawlik Auto Repair, hundreds of videos on there. We've been doing this for nine years, all makes and models and types of repairs. Of course thank you so much for watching and or listening to the podcast. We really appreciate it. Thanks Bernie.

Bernie: Thank you, Mark and thanks for watching.