This week’s featured repair is valve cover gasket replacement on a 2011 Porsche Cayenne, brought to us by a client from Strathcona, Vancouver. 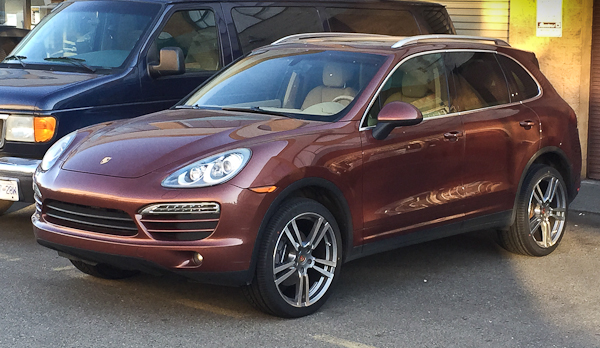 Although only a base model this Cayenne is rather special as it features a manual transmission along with the simple and reliable 3.6 liter 6 cylinder motor.

This engine has been used in the Audi Q7 since 2007. It’s a VR6 engine which is a unique Volkswagen design that was first introduced in the Golf and Jetta GTI models.

What is unique about this motor is that it is a very narrow V engine. At 15 degrees between the cylinder banks it only has one cylinder head. This creates a lot of simplicity and fewer parts: only one cylinder head, one head gasket, fewer camshafts and timing components. The engine is also very compact. VW engineers designed this larger engine to fit into the small engine compartment found in the sub compact VW cars.

The Cayenne of course is built to house much larger engines so the VR6 3.6 Liter has lots of room. Most Cayennes are equipped with powerful V8 engines. Unfortunately in their earlier years the Cayenne V8s were not good engines. They had a lot of problems with coolant leaks and other issues that caused early failures in many engines. This is completely unacceptable in any vehicle but especially in such a high priced model.

Back to our 3.6 L Cayenne and the job at hand. We performed a comprehensive inspection on this vehicle and found a few concerns: a couple of coolant leaks and a leaking valve cover gasket among them.

While the valve cover is not difficult to remove it sits buried under a rather elaborate intake manifold which features very long runners to help ram the air into the cylinders and increase performance. This engine also features a FSI fuel injection system. This is a direct injection system where the fuel is sprayed directly into the cylinder, the same as a diesel engine. Doing so provides many advantages in the realm of improved fuel economy and engine performance. 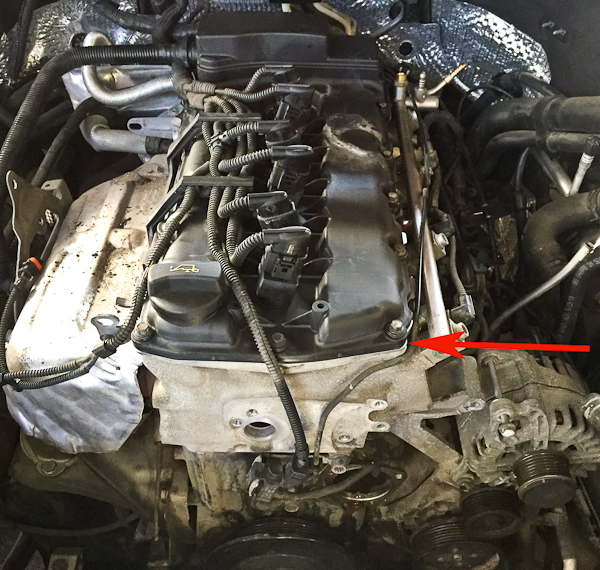 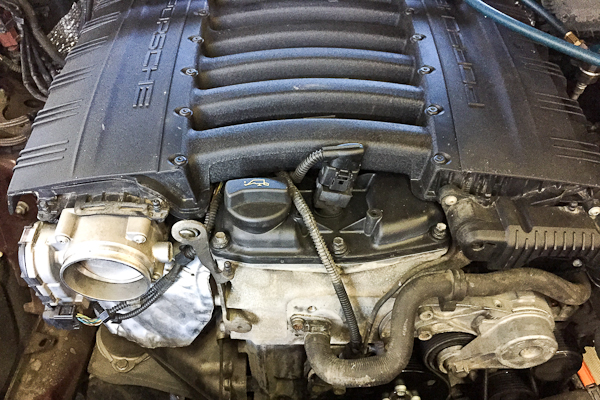 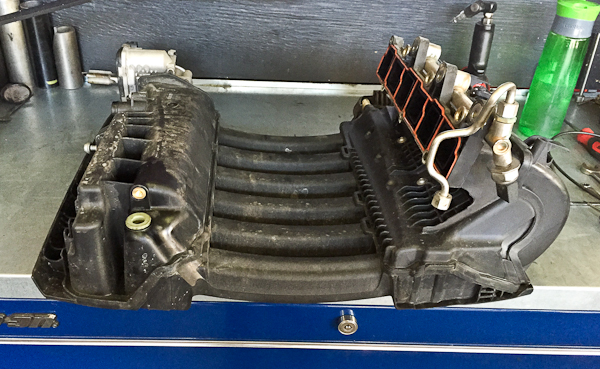 Intake manifold assembly sitting upside down on workbench. Lower fuel injection rail and injectors are on the left.

Once completed our Cayenne was oil leak free. I often marvel at modern engine gasket technology. There are many cars on the road with over 200,000 kilometers on the odometer with no oil or coolant leaks. This is amazing! When I think back to cars built prior to the 1980’s gasket leaks occurred with great frequency. This is just another example of how well modern cars are built.

For more about the Porsche Cayenne click here https://en.wikipedia.org/wiki/Porsche_Cayenne

Want to know more about the VR6 engine, view this excellent video