Mark: So 2014 Acura RDX is today's victim. What was going on with this vehicle?

Bernie: This vehicle came to our shop for a maintenance service. It was due for a B service. So that's exactly what we did.

Mark: So what's involved in a B service?

Bernie: So B service is an oil and filter change, plus a full vehicle front to back inspection. Wheels off. Tire rotation if needed and doable, which it is on this vehicle. It's only not doable if you have vehicle with different sized tires, front and rear. So that's basically it. We do a full inspection, one of our awesome digital comprehensive inspections and and the oil service.

And we can get straight into pictures right now because we can actually go over some of the details of our service, because it's pretty awesome. 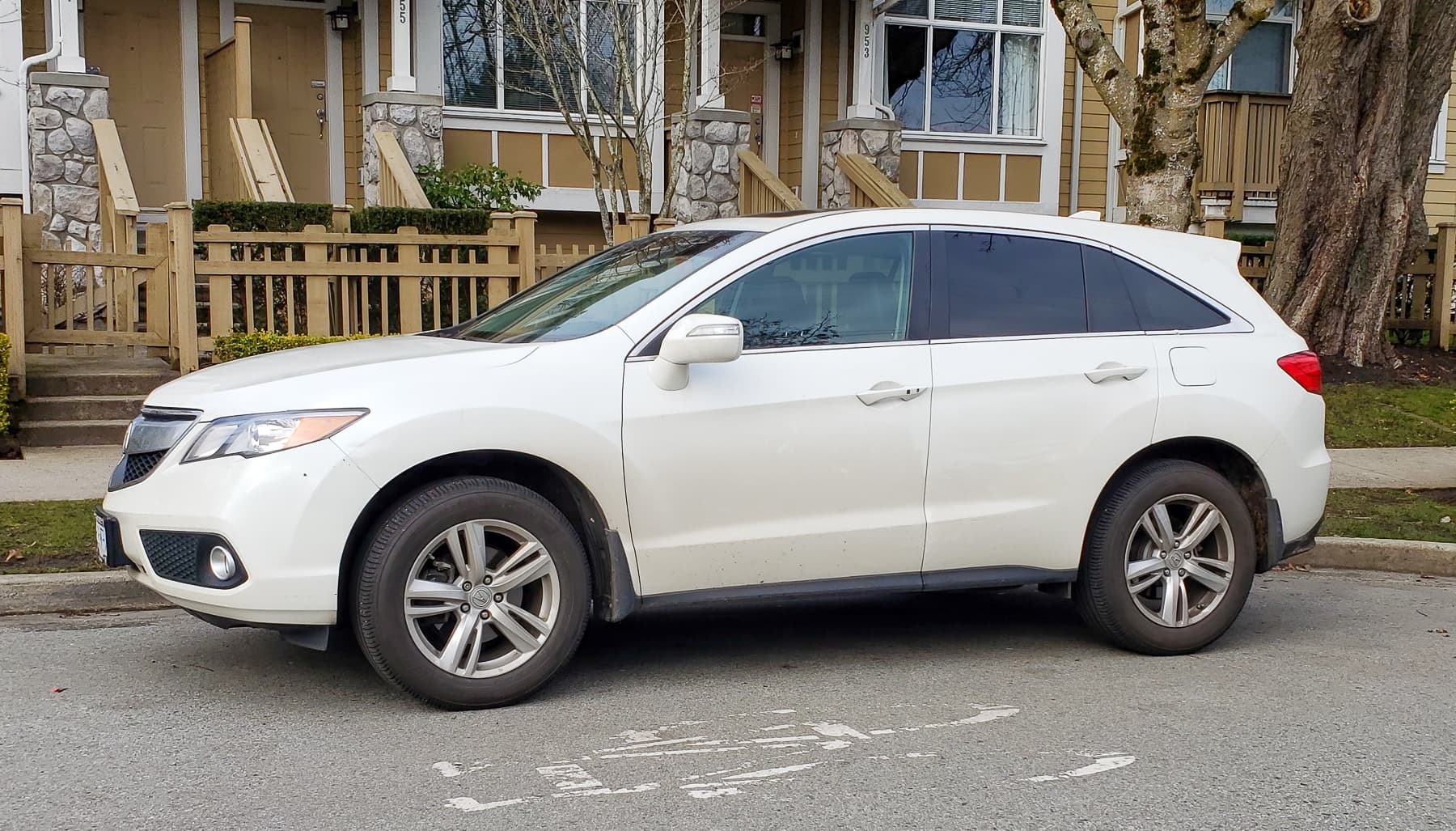 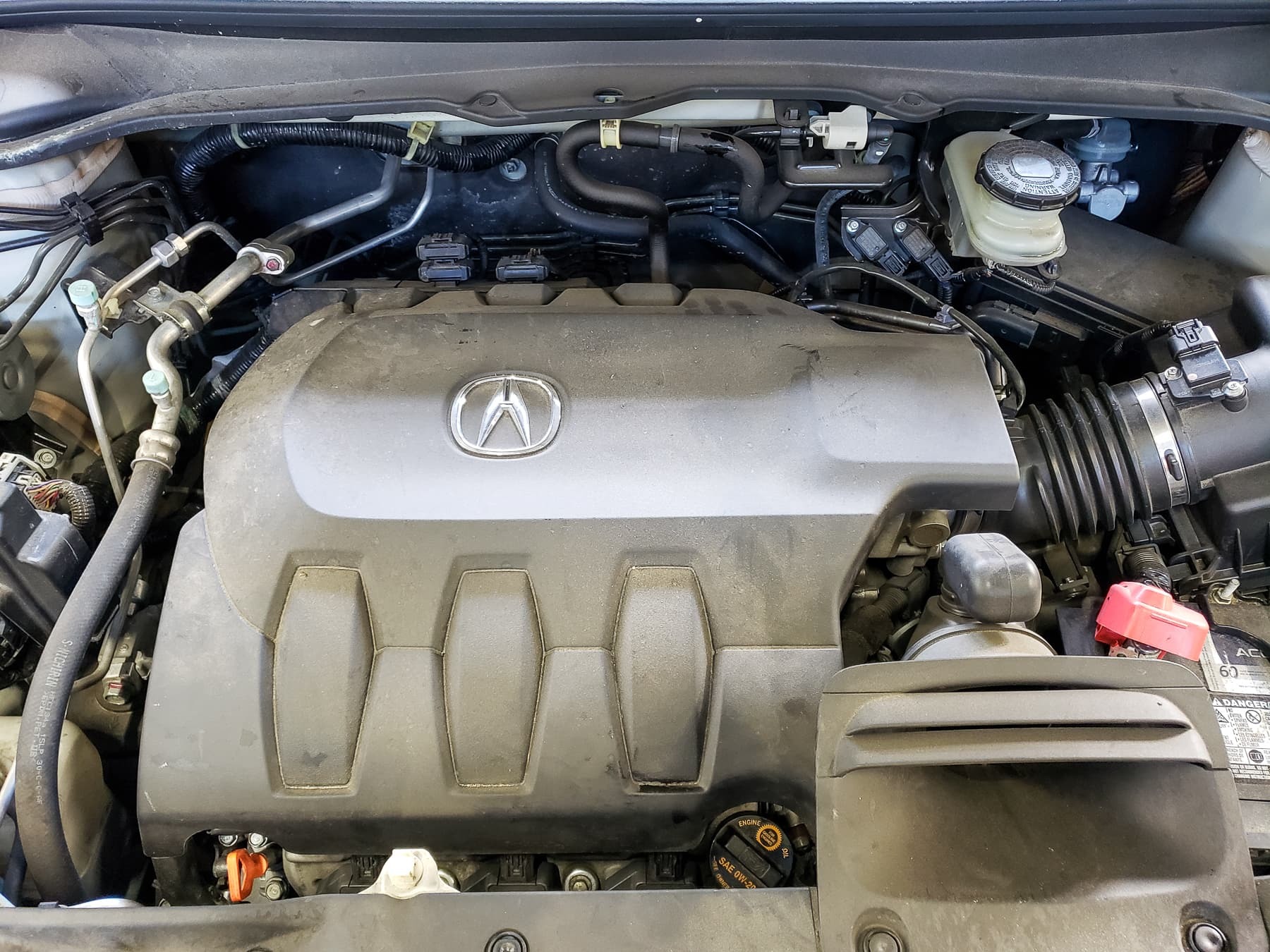 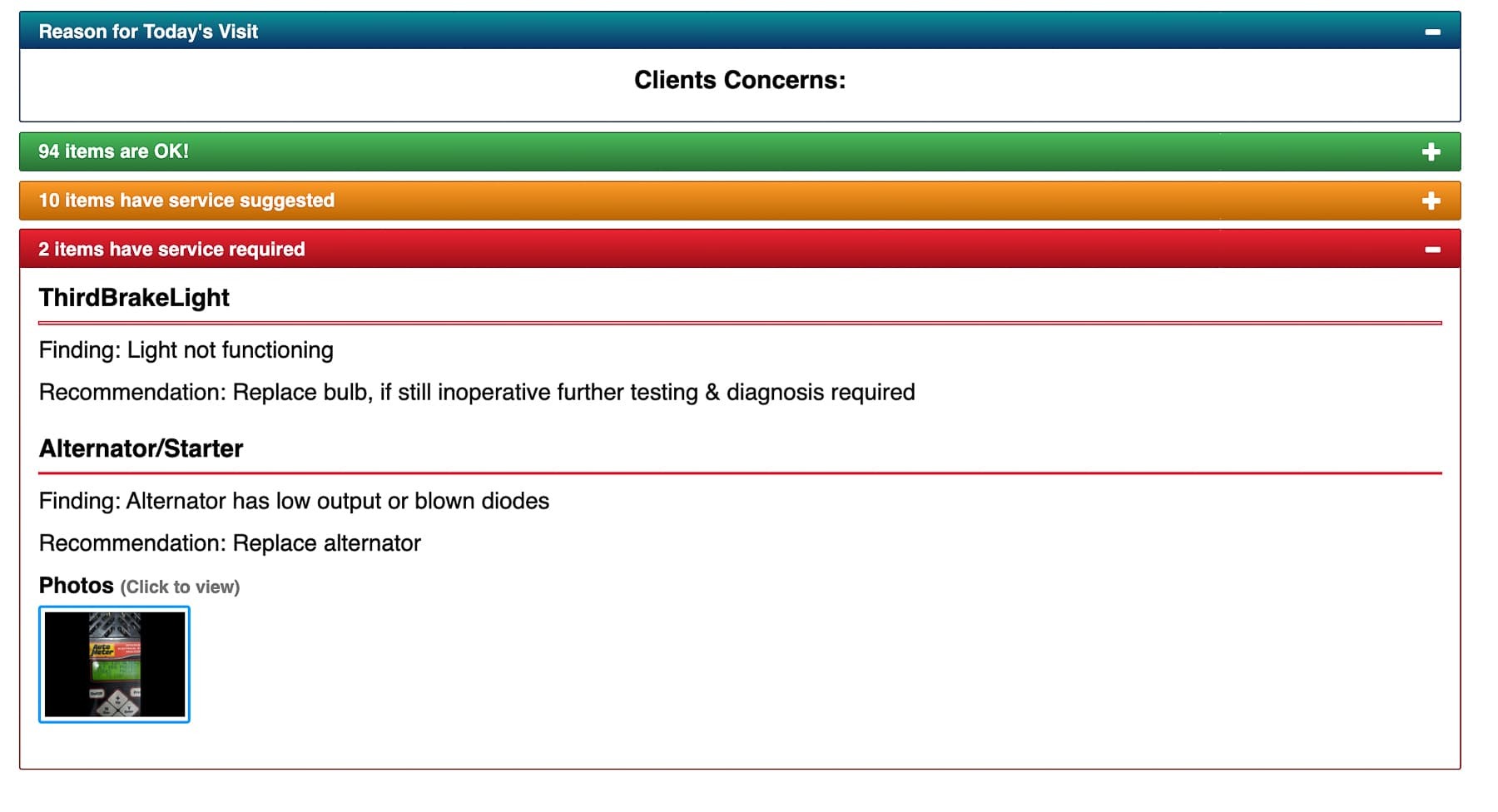 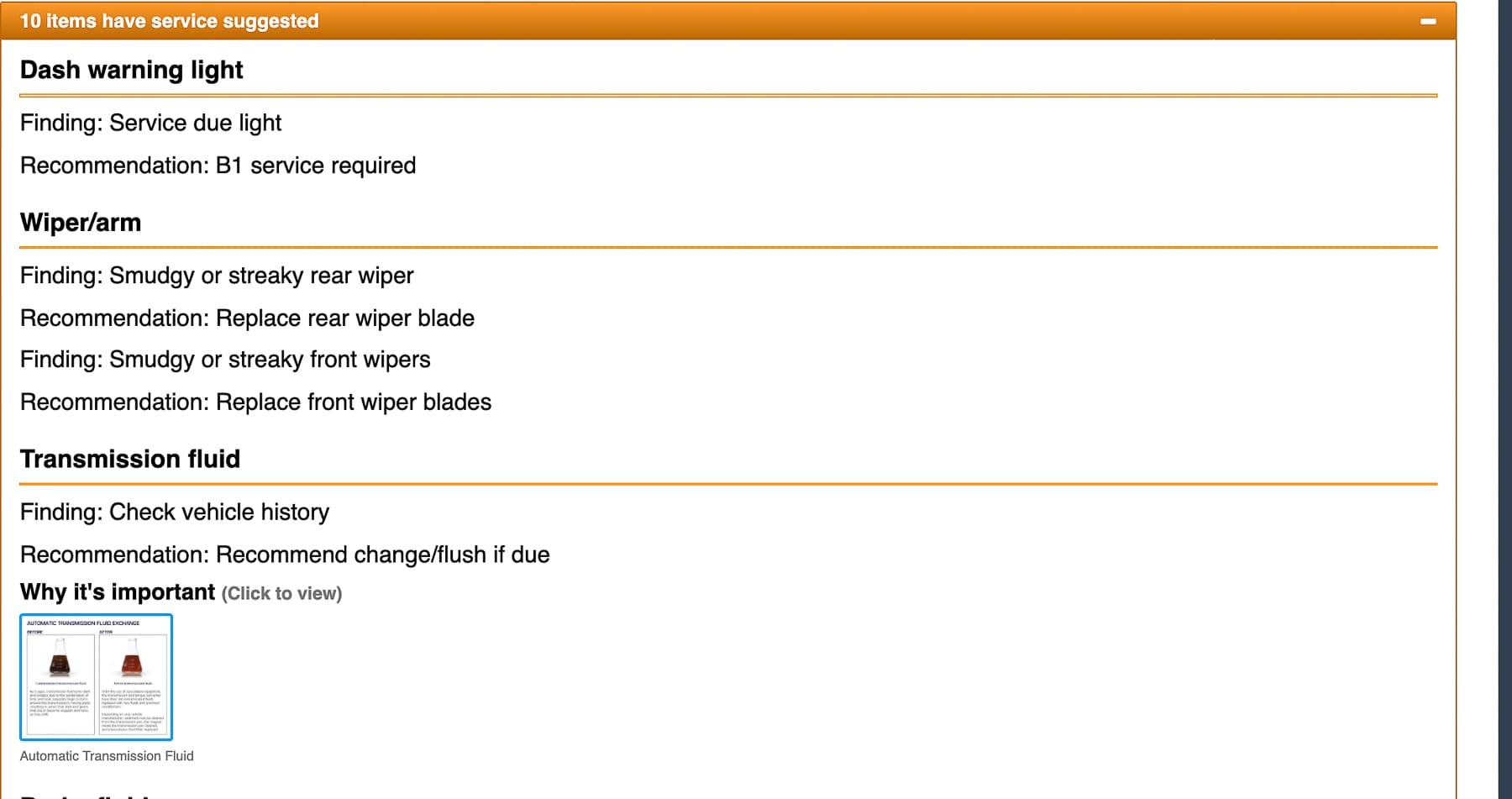 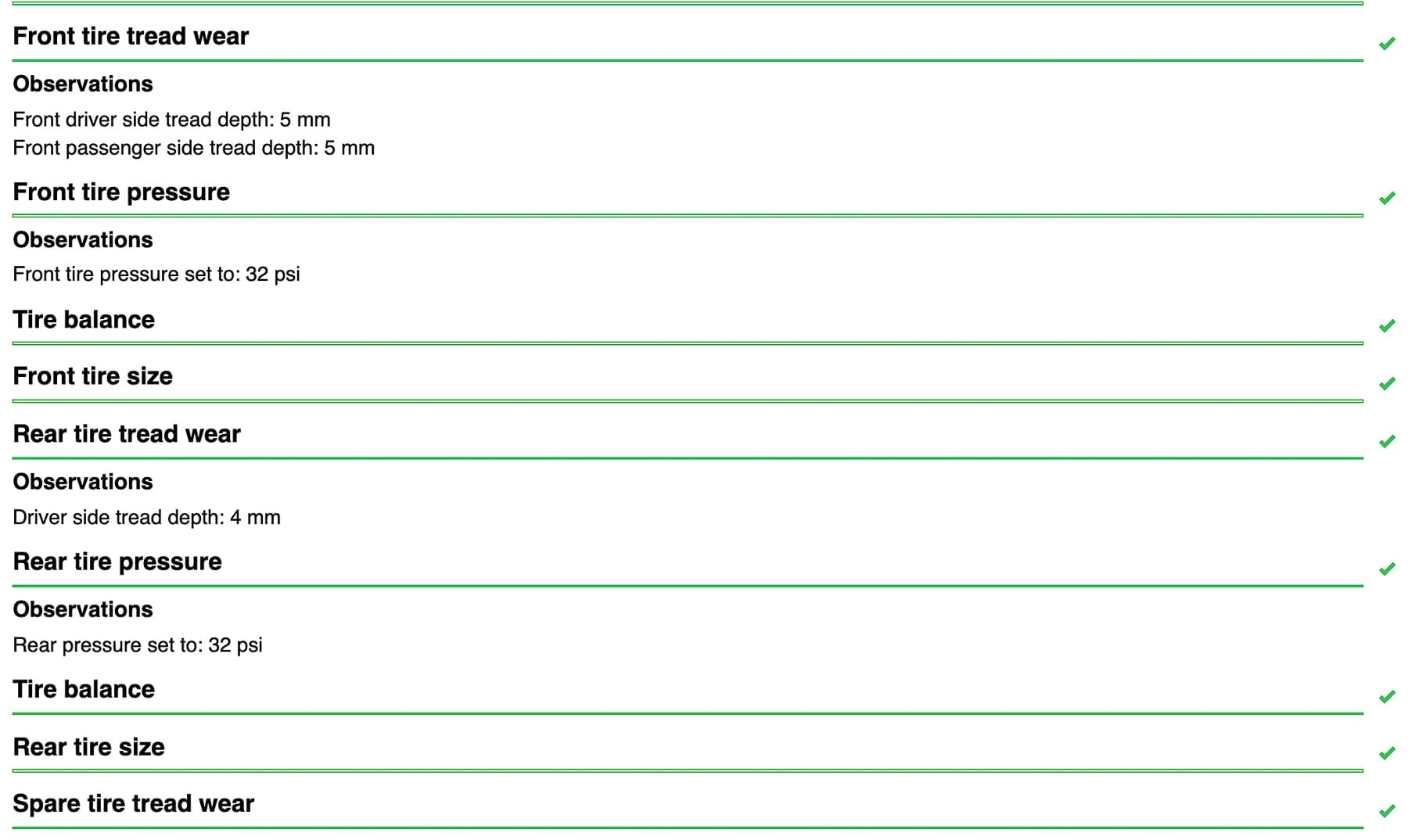 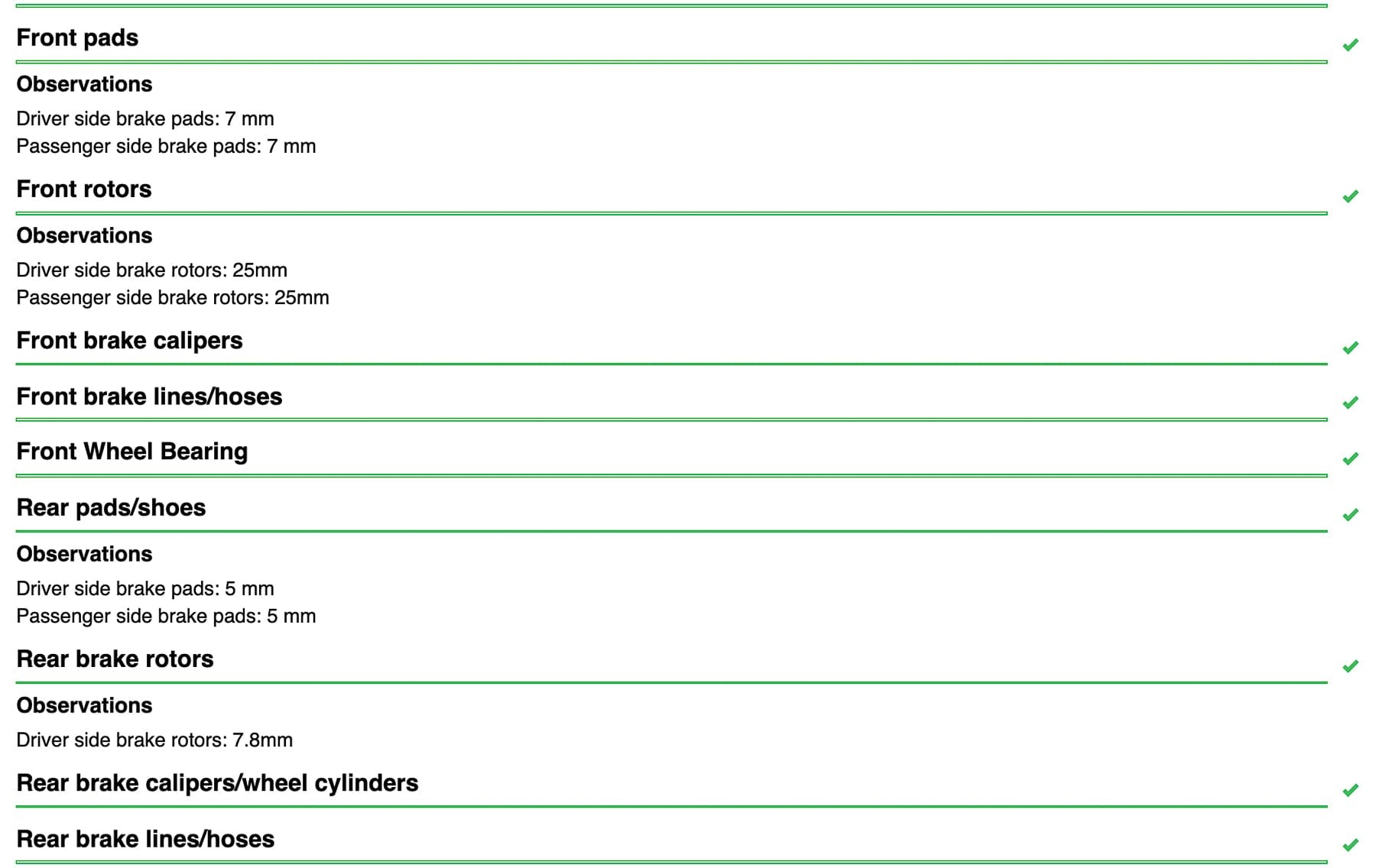 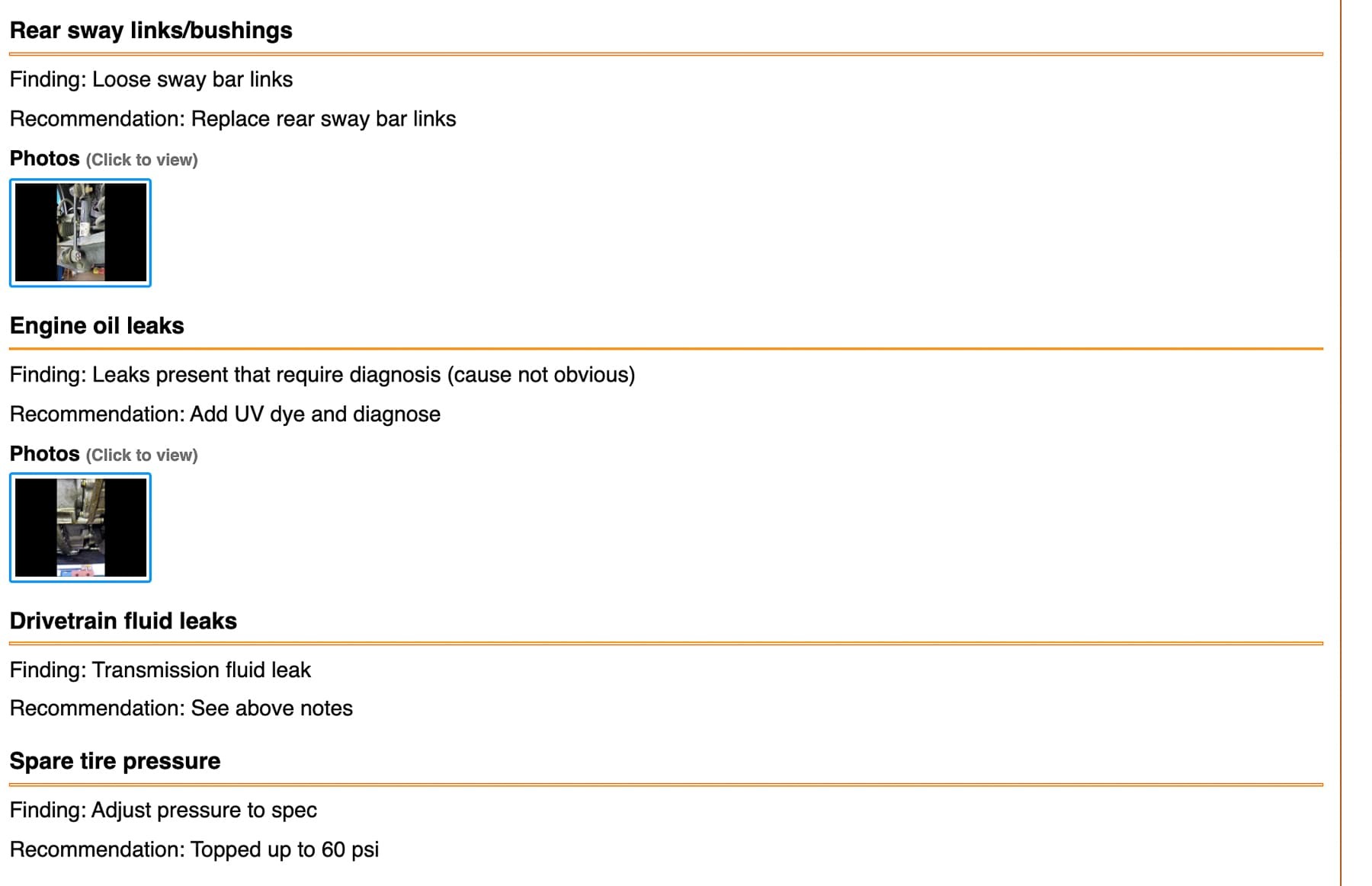 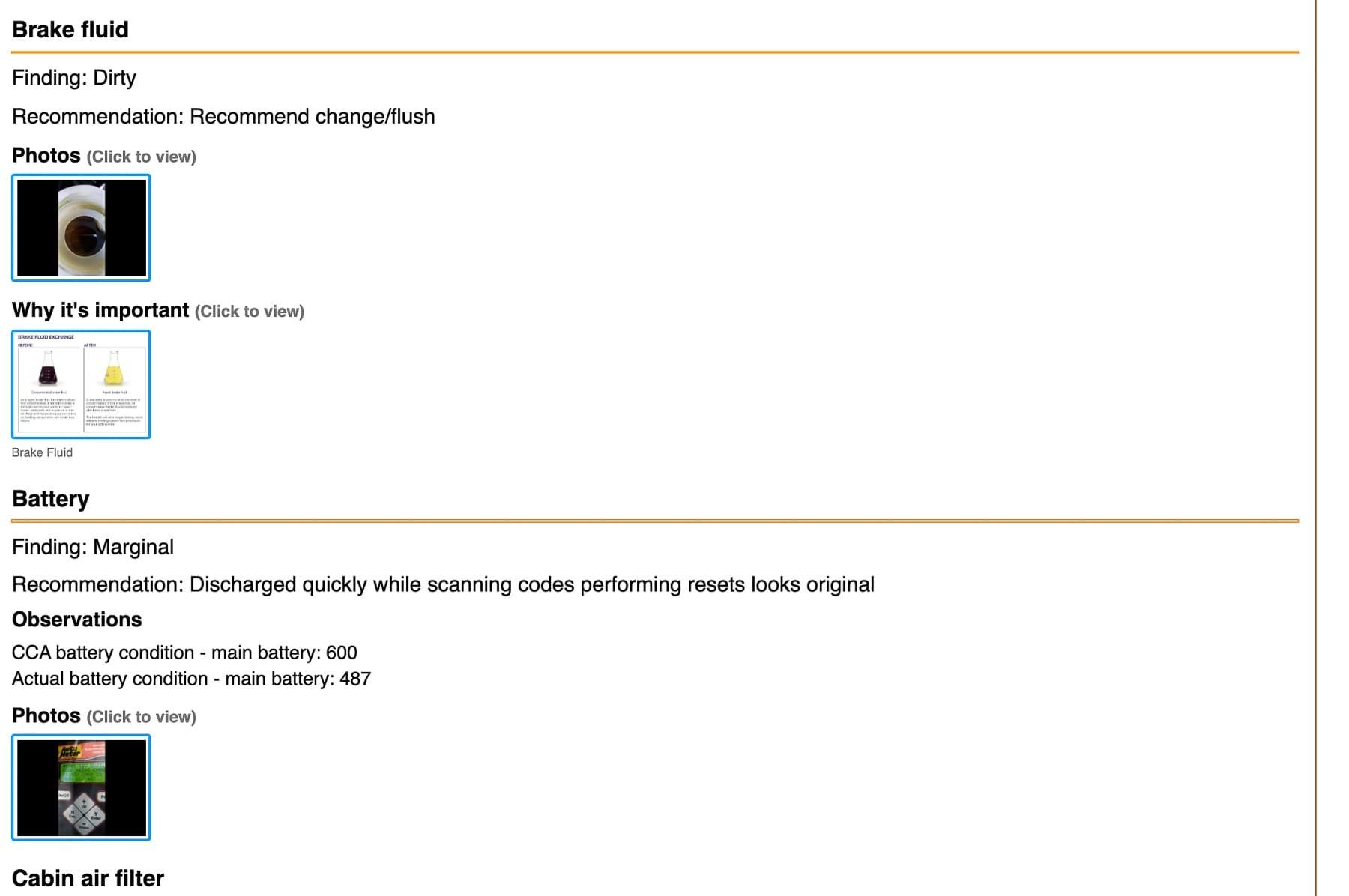 So there's the RDX. Very practical little compact SUV I think. And very reliable also. There's our V6 motor peppy and powerful also, you know, which is a good feature to have. The earlier versions of this at a four cylinder turbo, which actually worked really well too. But I kind of liked this V6 engine a little better.

So the inspection, so we have a digital inspection that we do and breaks everything down. So this is what you would get as a client of ours. This is the inspection that you would see that we either send you a link by text or by email. Lists that 94 items are okay, 10 items of suggested services, which are, you know, things that kind of need to be done, but could be done at a later time. And then two items that should be done right now. And one is a third brake light, which is a bulb, well probably a bulb. And then the other we found when we tested the alternator, that there was a low output and a blown diode.

So, this view is a little small right here. I should've got a blow up picture of it, but this is actually a view of our test screen and actually indicates right from the tester that the diode is blown. We send really good information out with these inspections.

So we drill down a little further. We can look at a couple of the suggested items. So there's the service due light was on which we've reset. The wiper blades are smudgy. The transmission fluid was due by mileage. Again, we like to look at vehicle history but the technician recommended, check the vehicle history, sure enough it was actually in fact due. Does that make it a red? Well, it's not really mission critical to do it, but it's kind of important to deal with it. A couple of the other orange items, the sway bar links had some slight play in the rear. There's a photograph again, which we include, and these can be clicked on to enlarge. So you can look at them a little closely. And then there was a very slight oil leak from the engine or transmission area. So again, we'd recommended a diagnostic on that. It wasn't severe, but just something to keep in mind.

And then some of the good items and these are things that we also do. So we measure the brake pads. There are numbers here. Seven millimetres in the front brakes. We measure the brake rotors, inspect the calipers and other brake components. On the rear there's five millimetres. There's a measurement for the rotors. Tires we measure the tires, adjust the pressure. So these are all noted. And this is everything you get on the inspection. There's are our picture show for the day.

Mark: So was there any problem with driving a car with a bad alternator?

Bernie: Well, yeah, so of course, how the procedure goes is we present the inspection to the client and estimate out the major items and maintenance items. And from there they'll make a decision. Now the owner decided, you know what, I don't want to fix the alternator. It is pretty expensive to repair on this vehicle. It wasn't that it wasn't functioning. It just that it wasn't functioning properly. So the answer is yes, it should have been done. I'll say that I think he should have done it, but it's not my money to spend. Their logic was, you know what, if the battery goes dead, we'll just tow it in. So that is one thing that happens if the alternative is severely bad, of course your battery won't charge it and you won't get far.

But with a blown diode, you're kind of getting two thirds of the amount of output. The risky thing is that it can send strange voltage spikes through your vehicle. And sometimes you'll, you know, the engine will either not run properly. Like it'll kinda run funny or lights might flicker or something. None of that was happening on this vehicle. So it wasn't a big issue in that case, but nonetheless, you know, it's something that should have been done.

However they did choose to do some of the maintenance items. The brake fluid you know, we'd recommended flushing. They fixed the bulb of course, which is good and inexpensive. And we did the transmission service, which was due also.

Bernie: Well, yeah, and especially for Japanese vehicles, 96,000 kilometres used to be the major service interval where you do the timing belt and spark plugs. These were the things that were kind of due. Usually transmission service. Sometimes, you know, again, we're going back a couple of decades where the CV boots, usually the material they were made out of, they were starting to crack and it was like a good idea to replace the outer CV boots.

You know, so it ended up being a pretty major service and you know, pretty costly, but, you know, once you get it done, of course, then you're good for another 96,000 Ks. This vehicle, not the same. The Honda has gone with it. They have the maintenance reminder that comes on on the dash and reminds you when you're due for service.

And I have to say that I really like their system. I find that Honda they're, you know, when their maintenance reminder comes on telling you your oil needs to be changed, it kind of comes on, I think the right time, it's not too late. Well, to me the right time is when it's not too late. When the oil is just hideously dirty, like you find on a lot of European cars that they come on, you can smell the oil, it's a little old, it looks a bit old, but not hideous. And I think that's really the time you want to do it. So you're not causing any damage to the vehicle.

And then of course, they're pretty sophisticated on the Acura. There'll be like an A1 or an A2, and the letters mean different things. So for instance, like this vehicle has a timing belt and it is due to be replaced at a certain point, but actually a warning light will come on and it'll say when a service four comes on, that'll be the time to do the timing belt. So I mean, normally the timing belt interval on these engines is usually before they had this electronic alert was usually around 168 K. So I would expect it would come on around then, but it might come on sooner if you don't drive a lot. So it'll take those factors into play. Also, you know, when you look at the maintenance schedule, if you do actually tow a lot with this vehicle, which most people don't do, the timing belt replacement interval is actually a hundred thousand kilometres.

But again, that's a severe use that most people won't do, but it's important to look at those kinds of details because the last thing you want is to break a timing belt. That makes for very expensive engine repair.

Mark: And how are Acura RDXs for reliability.

Bernie: Yeah, really good vehicle. It's a Honda product, very reliable. Can't say much bad about them. You know, they need a few repairs here and there. I mean the alternators, one thing we have repaired on a number of these cars and also this thing did have a little clunk in the rear that I suspect might be the rear struts that are going because that is an issue also. But overall, a very reliable vehicle. Good value for sure.

Mark: So if you need service for your Acura in Vancouver, the guys to call are Pawlik Automotive. You can reach them at (604) 327-7112. You have to call and book ahead, they're busy. Or check out the website pawlikautomotive.com. Hundreds, nine years worth of videos, hundreds, many hundreds on all makes and models and types of repairs. Or check out the YouTube channel, same story there Pawlik Auto Repair. And of course thank you for watching and listening to the podcast. We really appreciate it. Thank you, Bernie.