Mark: Hi, it's Mark from TLR. I'm here with Mr. Bernie Pawlik, Pawlik Automotive in Vancouver, 24 time winners of best auto repair in Vancouver as voted by their customers. And we're talking cars. How are you doing Bernie?

Bernie: Yeah. So the owner of this vehicle had driven it, hit a pothole fairly hard. And I guess the vehicle didn't quite feel right. So he took it to the dealer. They did an alignment and inspection, rebalanced the wheels and he still didn't feel it was right. So he brought it to us for a second opinion.

Mark: So a second opinion, what kind of inspections and did you do any repairs?

Bernie: Yeah. So first inspection of course, is a road test to verify the concern. Our technician looked at it. He didn't feel like there was anything really wrong with the way it drove. We did it on hoist inspection, nothing bent or broken. Everything looked to be in good shape and rebalanced the front wheels just to make sure they were all okay. No issues found there either. No bent wheels or anything.

So we basically just verified that we thought it was fine. The owners still didn't think it was right, and I drove it myself and I thought, you know, there's nothing really noticeably wrong with it. I think sometimes we get in some kind of jarring situation that feels like something's damaged or wrong, but it seemed like it was working fine.

Mark: So how big of an issue or potholes when it comes to causing vehicle issues?

Bernie: Oh, it can cause a lot of problems, especially if you have a vehicle with low profile tires. I had a Mercedes SL55, very low-profile tires. I replaced at least two front tires that either myself or my wife, just hit a pothole a little too hard. And there's like, looked down all of there's a bulge in the tire. So, you know, potholes at the very least they'll damage tires, they'll crack wheels. It's especially bad with a low profile tire. We've had a lot of wheels we've repaired for either being bent or cracked. So that's certainly a factor. Also, steering and suspension parts get bent or broken. So you really do want to avoid potholes. And I've just noticed there's been a lot of them.

We're doing this podcast is mid January. We've had some snow in Vancouver, a couple of weeks of pretty cold weather. A lot of rain and there's a lot of potholes out. So you really gotta be careful around the winter season. There's places I know in Canada, I think Montreal that's like legendary pothole growth over the winter time. So you gotta be careful, really do avoid them.

Mark: So Tesla's. Pretty newer vehicles, really, even though they've been around since 2012, What kind of repairs and services do you currently offer? And I think you guys are certified in electric vehicle repairs, is that right? 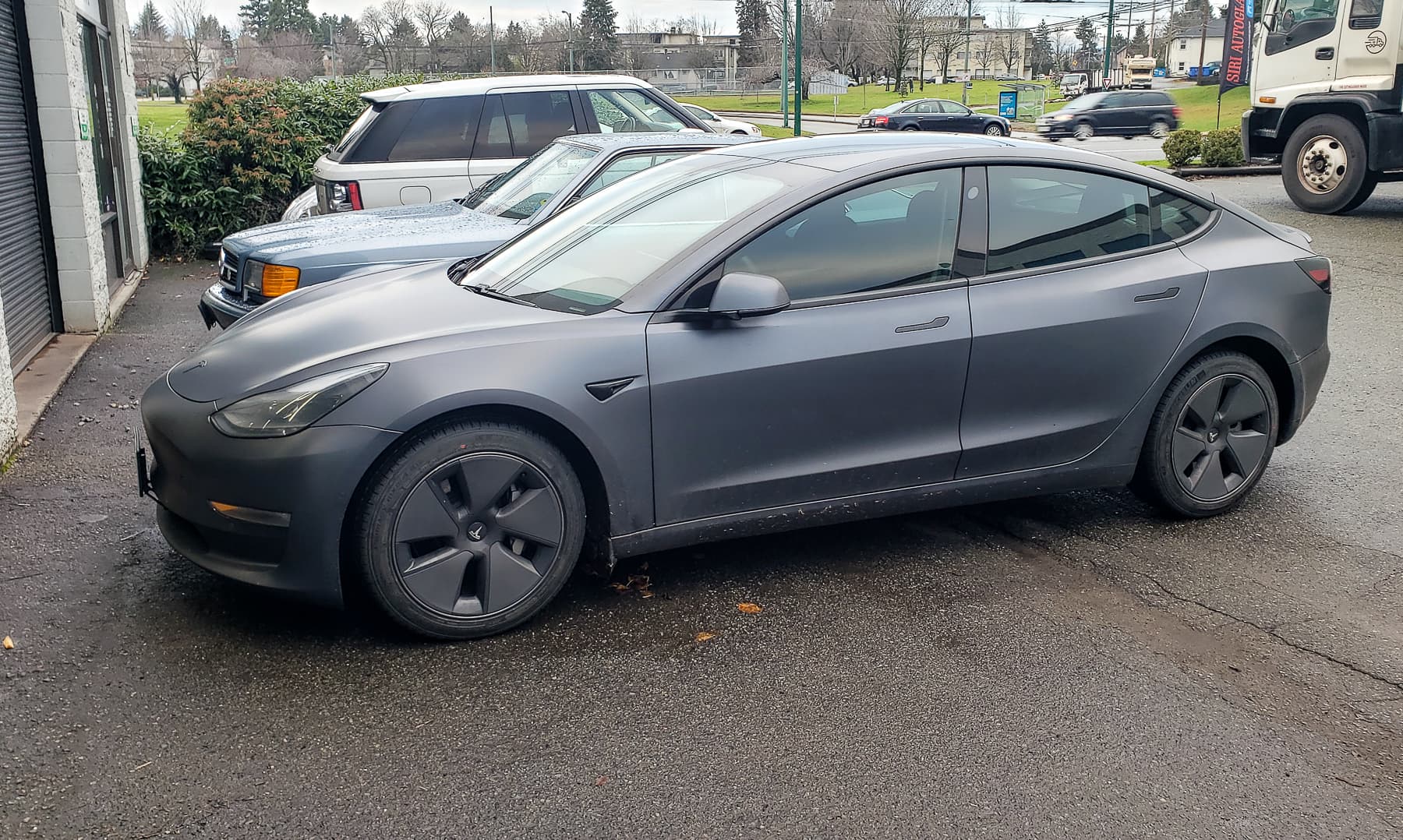 Bernie: We are. Well at this point in time, we don't have a ton of experience with Teslas. I say at this point in time, because every day that changes as we get more and more in. Teslas, I mean, they're kind of an exclusive car, so they haven't really released a lot of repair information. Their parts are very difficult to get. They haven't really built the business model out like a normal auto manufacturer. And a lot of people say that's good and it probably is good in some ways, but I think at some point they're going to realize, Hey, you know what, we can actually make money selling parts on cars. And I think they'll get the idea.

By the way, we're looking at our Tesla Model 3 that we worked on. So we're looking to offer as much service as we can on them. And now, you know, as they've gotten older, of course, warranties are disappearing in a lot of them. So there'll be a lot more work and service we can do. We'll learn it. We'll do it. We'll do whatever it takes to service these cars.

There's a lot of them around Vancouver area. They're growing and growing and growing in popularity. So we'll definitely be offering services and doing whatever we can on them. We are able to get some steering suspension parts now through some of our suppliers, like Napa, which is great. And there'll be more and more of that as time goes by.

Mark: So you drove it. How did you like the Model 3?

Bernie: Oh, it's awesome. It's such a zippy car. I mean, you put the pedal down and this thing just moves. It's pretty cool. It's a pretty neat car, but it does take some getting used to them. And the key, it's like a thin as a credit card. Just hold it up near the door pillar, you can open the door, hop in. It's kind of weird getting used to how the car works. It's all electronic compared to everything else. There isn't even like really a start button. It's just kind of a little different, but once you get used to it, you know, it's pretty cool. It's neat. Yeah. Very, very electronic that's for sure.

Mark: So if you're looking for service for your EV, any maker model in Vancouver, one of the few places that actually services all makes and models of electric vehicles in Vancouver are Pawlik Automotive. And they're certified in it. They're trained in it. They know what they're doing. You can reach them at their website pawlikautomotive.com. You can book online there, or you can call them (604) 327-7112 to book your appointment, you have to call and book ahead. They're busy. And of course this is just in Vancouver, British Columbia, Canada. So we want to thank you for watching. We really appreciate it. And thank you, Bernie.