A Little Resistance Can Make a Big Difference- Pawlik Automotive Repair, Vancouver BC
0

A Little Resistance Can Make a Big Difference 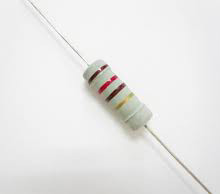 As a vehicle ages, parts begin to wear, and on many vehicles this can cause a failed emission test. A few months back we repaired a Mazda B2200 which failed AirCare.

I previously wrote about this repair and mentioned that we had found the catalytic converter dead. After replacing the converter we took the vehicle through AirCare and our objective was reached: it passed! While analyzing the test report I noticed however that something looked odd: there was no NOx (oxides of nitrogen) emission and the CO (carbon monoxide) emission was quite high. This indicated that the engine was running too rich. Although the vehicle had passed, it was burning too much fuel, wasting gas and would ultimately burn out the fabulous new catalytic converter that we just installed. Fortunately the vehicle’s owner cared enough about his vehicle and was willing to further diagnose and repair the concern.

Diagnostic tests revealed that the engine would go into full fuel enrichment under very low engine loads which was abnormal. All sensors tested were in spec, the carburetor mixture solenoid was good, the engine had good compression and the fuel system computer appeared to function properly. Obviously we had a problem, but all items tested as they should making it impossible to tell which part might be at fault. The simplest and least expensive repair solution was to install a resistor into the MAP sensor circuit. Doing this would fool the computer into thinking that engine load was lower and keep from enriching the fuel mixture until much higher engine loads.

With the resistor installed the system was retested and the fuel system functioned as it should! While this is an uncommon repair it is something we carry out from time to time. My thanks go to the technical support department at AirCare for coming up with this fix. As an AirCare repair center we have access to this technical expertise which assists us in repairing your emission concerns quickly and for the lowest cost. 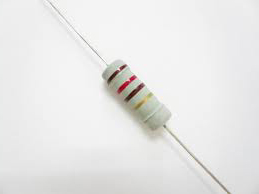 a $1.00 resistor used to solve an overly rich fuel mixture

The repair on this Mazda cost our client a few hundred dollars but could have costs thousands in computer and sensor replacement to achieve the same result.