Air Care- It Makes a Difference! 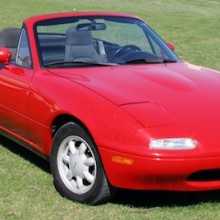 There is a myth that AirCare does nothing to help the air; it’s just a waste of time and money.

While the system is not perfect and a few vehicles fall through the cracks, overall it makes an enormous difference in the air quality of the Greater Vancouver Region.

Being a licensed AirCare repair center we get to see first hand evidence of just how effective most AirCare repairs are. A recent example just reinforced the effectiveness.

The Car: a 1992 Mazda Miata, running perfectly, failed its AirCare test due to excessive hydrocarbons (HC) and carbon monoxide (CO) with the following numbers: HC .9271 grams/kilometer and CO 20.9371 grams/kilometer. 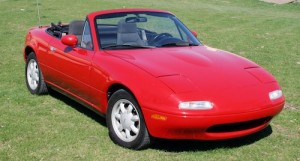 Both of these readings were approximately twice as high as the maximum allowed: HC .5000 and CO 9.3200. After our diagnosis we concluded that the air flow meter was defective and telling the engine computer to inject too much fuel into the engine.

Fortunately, on this car, the air flow meter can be readjusted and after doing so and returning to AirCare we received the following Numbers: HC .0203g/km and CO .0119g/km.

This is an astounding difference: Hundreds of times less of these noxious pollutants.

The numbers speak for themselves. This repair had an added bonus: the engine ran even better and the owner will very likely enjoy greatly improved fuel mileage which will offset the cost of repairs.