Your Battery and Charging System

The battery is an electrical storage device whose primary purpose is to provide power to start your car’s engine.

It also enables you to run accessories with the engine off and provides reserve electrical power should your charging system be weak. Every time you start your engine the battery sends power to the starter motor which turns your engine over until the spark plugs spark and the fuel begins to combust. This process depletes your battery’s energy and continuing to attempt to start your car will eventually result in a dead battery. 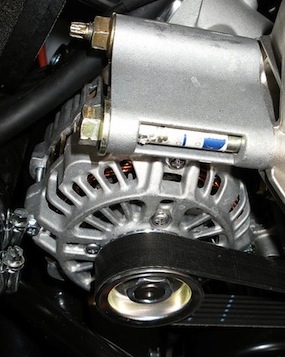 Enter the alternator, whose purpose is to generate electricity to recharge your battery.

Your car contains many electricity hungry components such as lights, ignition system, fuel injection, windshield wipers, heater fans and on and on. All of these require feeding which is done with the alternator; otherwise your battery would go dead.

Let’s look at the inner workings of the battery and the alternator. As mentioned, the battery stores electricity and how it does this is quite remarkable. Car batteries are of the lead-acid type which use lead plates and sulfuric acid. The chemical reaction between these two components creates electricity.

What maintenance do these two items require? The alternator and most batteries require no maintenance, however some batteries can be topped up with water if the level runs low. The alternator is belt driven so the belt needs to be inspected occasionally and replaced if worn. Battery terminals may become corroded and these should be inspected and cleaned if dirty. Otherwise it is a trouble free system.

Sealants are available as a quick fix for just about any vehicle leak from your air conditioning to your engine oil. 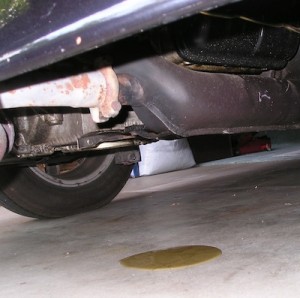 The question is, should you use them? The answer is, sometimes… with great caution.

We rarely use sealants; but under the right conditions they can do a good job and save you money.

Using the right product is essential. A bad sealant can cause more damage and that will cost you more money in the long run. Doing a diagnosis of the leak is essential to see if a sealant will help. For example, a coolant leak can be caused by many things: a blown hose, a water pump seal or badly deteriorated gasket. These will not be helped by radiator sealant. Whereas a pin hole in a radiator core or a very slight gasket seep can be sealed.

When repairing leaks in other vehicle systems diagnosis again is key. Knowing where the leak is coming from enables the technician to prescribe the proper repair.

Interior air quality is something that we take for granted… until it smells bad.

Although dogs and smoke can add an offensive odor to your vehicle cabin, the worst offenders can be molds and mildews. Not only do they create an uncomfortable smell, these nasty particles can create serious health problems.

How do they get into our cars? Molds and mildews grow in the presence of excessive moisture in the vehicle, and that usually happens in one of two ways. The first is through the improper long term storage of a vehicle, especially one that has a water leak. Once this type of mold gets into the vehicle it is almost impossible to remove short of replacing the complete interior. Fortunately this circumstance is quite rare.

The second and more common is mold and mildew formed in your vehicle’s air conditioning system. Under your dash sits the evaporator core, which is located inside a box. The evaporator core creates the cold air in the car and while it’s doing that it attracts moisture from the air. A great deal of water forms inside the box which drains out onto the road (if you look under your car on a hot day with the A/C running you’ll see this happening). Under certain conditions this moisture that can create a breeding ground for mold and mildew.

Relief from this problem is available in two ways. One is to remove the evaporator box and manually clean it: a very labour intensive and expensive job.

The more cost effective way involves a procedure which uses a special spray designed to kill the nasty particles and freshen up the interior. If you are suffering from a bad smell in your vehicle when the heat or A/C is on these sprays are usually the best cure. If you don’t have a functioning air conditioning system then you need not worry; this problem doesn’t apply to you.

Lastly, another routine service (on vehicles so equipped) is to replace the cabin air filter at regular intervals. These filters clean the air coming into your car, but if they are overly dirty, will cause a strain on your heater fan motor, lack of air flow and odor problems. If your car has a cabin air filter it usually requires replacement at intervals between 25,000 & 50,000 kilometers.

Many of you have heard of synthetic oil and perhaps you have wondered whether your car or truck can benefit from it. The answer is yes; but before we look at the benefits, here’s a little about oil. 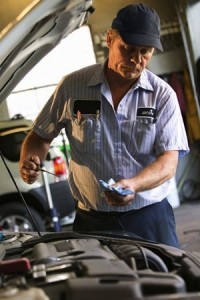 Regular (mineral) oil is refined from crude oil and during the process, impurities are removed and special additives put in.

Synthetic oil takes the process further: it is derived from mineral oil but is further processed on a molecular level to create a uniform oil molecule. The difference is: mineral oil contains a variety of different sized molecules whereas synthetic oil contains molecules of the same size. Picture two flat metal plates with ball bearings in between; using a sandwich analogy, the plates are the bread and the bearings are the meat. The oil is represented by the bearings.

Mineral oil has a large variety of different sizes which allows the plates to move but there is less contact because of the differing sizes of the bearings(molecules). In synthetic oil the bearings (molecules) are all the same size giving much better contact between the metal plates. This allows synthetic oil to offer superior lubrication and last longer than mineral oil.

1) Reducing friction between moving parts.
2) Removing heat to the cooling system.
3) Keeping the engine clean by moving dirt into the oil filter.
4) Creating a seal between the piston rings and cylinder walls.

Synthetic oil, because of its uniform structure performs all of these tasks much better and for far longer than regular oil. It also withstands greater heat than mineral oil and can act as an insurance policy against engine damage should your engine run too hot. Yes, synthetic oil costs more, but this cost is minimal, especially when compared to expensive engine repairs.

What is a Short?

What is a short?

This term is used almost universally when describing an electrical problem; and nine out of ten times it is used incorrectly. Before we discover exactly what a short is, let’s take a look at how electrical circuits work using a simple lighting circuit as an example.

A short circuit means that power flows back to the battery before it runs the full length of the circuit. Usual causes are bare wires rubbing together or a failure inside a component (in our example it would be the bulb).

When a short occurs, nasty things such as melted wiring can be the result. Fortunately, most circuits are protected with fuses; so should a short occur, the fuse will blow, and break the circuit to protect wires and components.

Although shorts do occur, what more frequently happens is an open circuit. This is when a connection breaks and a circuit cannot be completed. Usual causes are broken wires, broken connectors, defective switches or failure inside a component. The result is often the same as a short (the light does not come on) but the cause is different.

So when one of your electrical devices doesn’t work, it could just as easily be an open rather than a short. And that’s the long and short of it.

The Myth of Car Computer Diagnosis 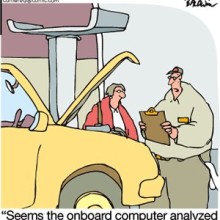 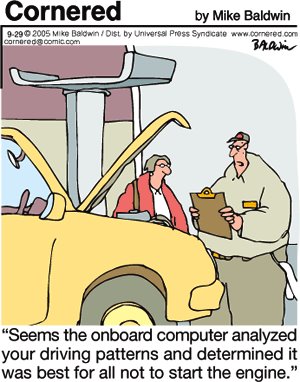 The “just plug in my car for diagnosis” folk tale

This myth has grown for many years. While connecting a diagnostic computer to your vehicle’s computer(s) is a crucial part of many diagnostic procedures, doing this will not tell the technician what is wrong; it only points to the area of the problem.

“Just hook my car up to the computer” myth I suspect, came from car manufacturers and salesmen who wanted to brag about their technology and how it makes their cars easy to fix. Diagnostic information accessed from your vehicle’s computer is often vital to solve driveability concerns but additional tests are required to confirm which component of the system is actually faulty.

Let’s say the code is for an oxygen sensor defect; the vehicle’s computer has no way of knowing if the sensor is reading correctly, a wire to the sensor has broken or the computer itself has an internal defect. From the information gathered on the diagnostic computer very specific tests must be conducted and this is where a technician’s skill, resources and other diagnostic equipment come into play to find the real problem.

So forget the “plug it in for diagnosis” myth; more thorough tests are always required to be certain to find the real cause of the concern. 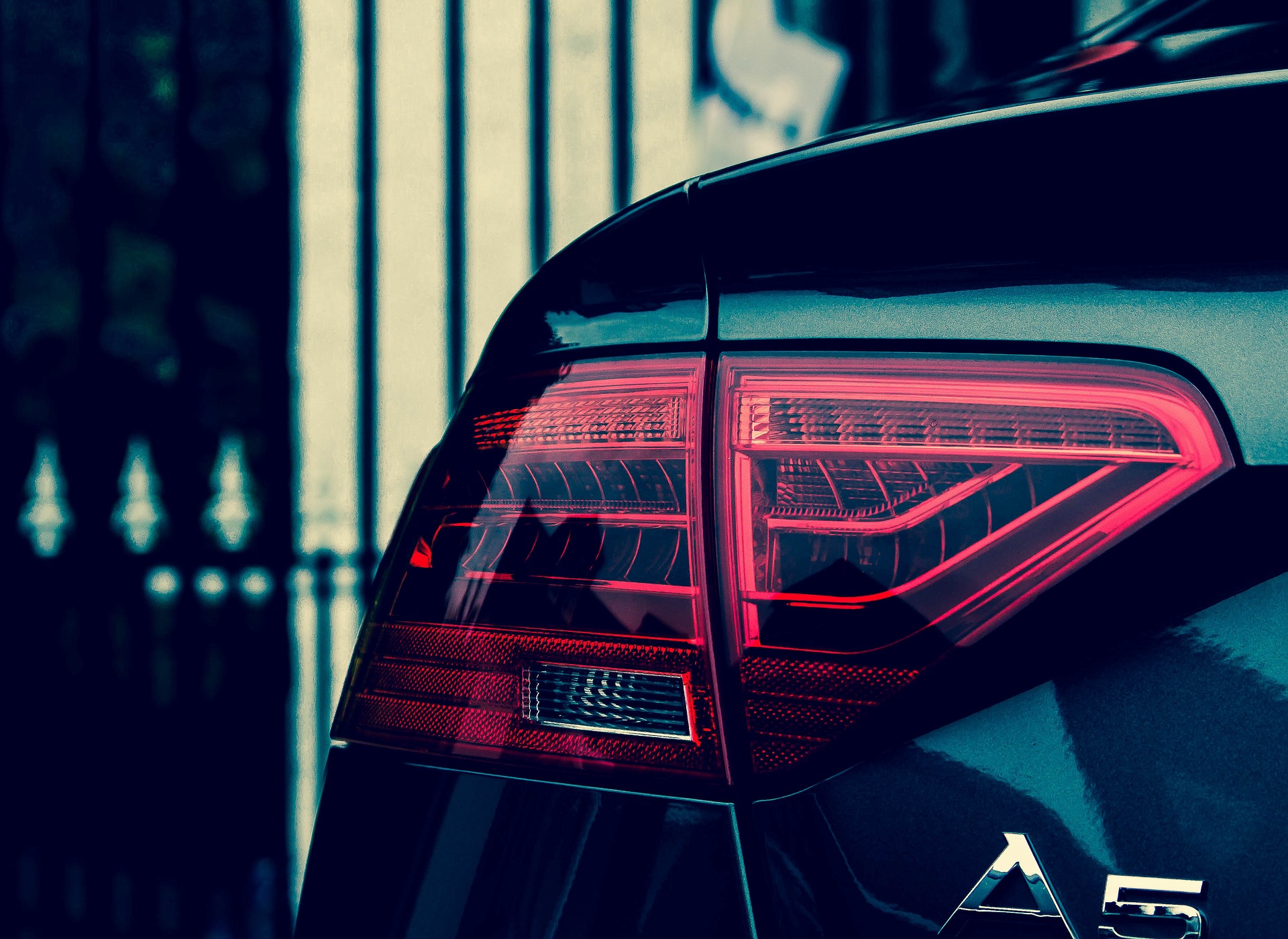 The Difference Between a Breakdown Shop and a Maintenance Shop

A breakdown shop is a shop that sees their customer when:

• The customer feels it is time for an oil change on their vehicle.
• Their vehicle breaks
• A breakdown shop’s goal is to get their customers vehicle in and out of their shop as quickly as possible.

A maintenance shop is a shop that:

A maintenance shops goal is to:

If these points appeal to you, then Pawlik Automotive is your best choice for vehicle service