As an innovator for automotive safety, Volvo is legendary.

Some features found first on Volvo cars are 3 point seat belts, padded dashboards, laminated glass and Side Impact Protection Systems. Here’s an interesting bit of trivia: while Volvo has had a solid reputation for safety way back into the 1960’s there were some 1980’s models that faired poorly in crash tests!

Safety is not all that makes Volvo’s great: If you own one, you know how well they drive and the solidness with which they are built. These are among the most durable cars on the road. Over the years we’ve serviced many Volvos with over 300,000 kilometers on the odometer and they drive as good as new.

The car with the highest recorded mileage, as featured in the Guinness Book of World Records is a 1966 Volvo P1800 with 2.8 million miles! Parts for old Volvos are easy to find and are well stocked, so owning an older one doesn’t mean waiting for days or weeks for parts to arrive.

As with all cars Volvo has evolved and made a big change in the 1990’s from an all rear wheel drive to an all front wheel drive line up. Now many models have all wheel drive. The first generation of front wheel drives: the 850 series had some problematic areas but overall were still good cars. It seems that Volvo quickly corrected the leaking evaporator cores and bad transmissions within a couple of model years, for these concerns almost never occur now.

Timing belts were a common feature on most Volvo engines from the 1970s into the current model year. Many new generation engines are now chain driven making maintenance less expensive; though if (and when) something goes wrong with the timing chains they will be very expensive to repair. 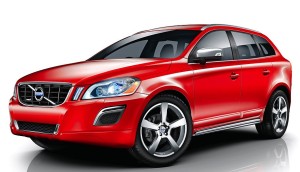