While it’s hard to give an absolute concrete opinion, as far as brakes go the Ford is far superior. 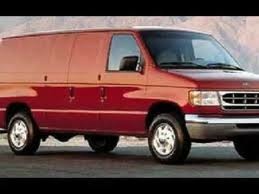 One of our best clients has a fleet of 15 vans ranging from the late 1990s to brand new. Most are Fords but a few are Chevys. All day long these vans are loaded to capacity and the brakes work hard!

The big difference in the brakes is that the 3/4 Ton Chevy van’s brake pads are small; so small in fact that they are really suited for a mid sized car. The Ford’s pads are a truck sized pad and they last. 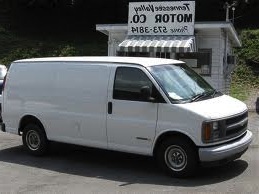 With the miniscule Chevy pads our client is lucky if the brakes last 20,000 kilometers before the pads wear out. In terms of the brakes I’d say that “Built Ford Tough” is probably true, at least compared to a Chevy Van.
0

How Safe is the Car You’re Driving?

Do you know how safe the car that you are driving is?

Picture this scenario: Your car is in a body shop for a couple of months being restored and a very kind friend lends you their ‘spare’ car.

Sounds like a fabulous arrangement doesn’t it? Well maybe the arrangement is not so fabulous if that friend’s car has serious safety defects that are unknown to you and the car owner.

Often we drive our cars and they seem to run fine, so an assumption is made that all is good. There may however, be one or more components that are about to fail, possibly leading to a catastrophic accident.

Can this be prevented? Absolutely: by having a routine safety inspection done once per year. Many parts on a car can be worn and fail suddenly without warning but will be noticed during a safety inspection.

This scenario was recently inspired by a true story: our client brought in a vehicle for a level one maintenance service (oil & filter service and minor inspection) that a very kind friend had lent him for a couple of months.

While inspecting under the car we noted seriously cracked front brake hoses: something that neither the car owner or current driver was aware of. Cracked brake hoses give no warning of an impending failure. When they fail they usual burst suddenly, leaving you with little or no brakes.

There are many other components that also give no warning: loose steering parts are example. The good news is that their condition can be easily confirmed during a safety inspection.

The whole point of this story is: if a vehicle is being driven, you need to be certain that it is a safe car. This applies to both the owner and the driver. There are legal liabilities, not to mention moral obligations and the possible ruining of a friendship should an accident occur or a part breaks that was just about to fail due to old age.

Be sure that if you own a car or are driving a friend’s car that it is safe. An annual safety inspection is not expensive and will make sure that you know that you have a safe car.

While Toyota is taking a great deal of heat these days for it’s sudden acceleration or sticky accelerator problems let’s put this issue into perspective.

For certain, this is a serious concern, and one that warrants immediate correction. The issue though, is not unique to Toyota. The US NHTSA (National Highway & Transportation Safety Agency) has investigated complaints of this concern for many years from other manufacturers such as Ford and Chrysler. 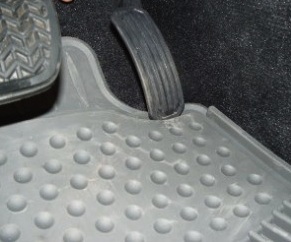 Through the years I have serviced several cars that have had sticking accelerator pedals: sometimes due to a sticking throttle cable, other times due to a floor mat that holds it down.

While the cable usually requires a shop to repair it, a floor mat caused acceleration problem can be prevented by the car owner. Take the time to be sure that you have only one floor mat on your driver’s floor and that it in no way interferes with the movement of your gas, brake and clutch pedals (if equipped).

Toyota’s problem is different from a simply badly placed floor mat and may well be an electronic issue. How many cars have had the problem? Complaints for Toyota’s concern are approximately 2600 occurrences. There are 43 confirmed deaths with speculation that the real number may be 100.

Interestingly, the NHTSA has fielded 3526 sudden acceleration complaints from Ford vehicles in the past, but there has certainly been very little press about that. Toyota will certainly need to address the concern and it is. After Audi’s poorly handled foray into a similar issue in the 1980’s, where they blamed the drivers, at least Toyota is doing something about it.

As a vehicle owner you must always be prepared for your gas pedal sticking, no matter what kind of vehicle you are driving.

Though it is very unlikely to ever happen, what do you do if you find your car suddenly accelerating?

Be prepared, and think through your action so that, should you have a sudden acceleration, you are ready to stop.