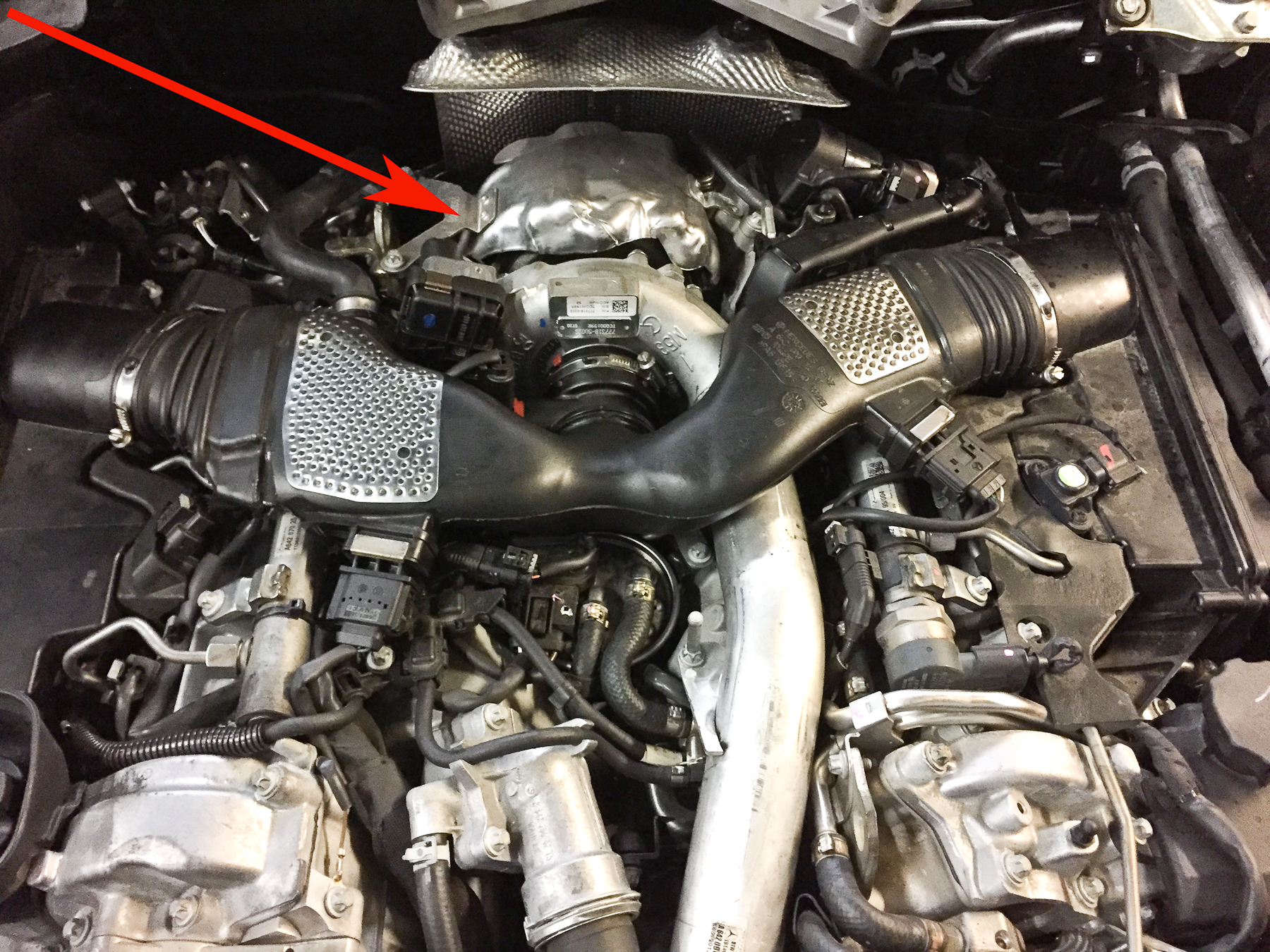 Top of engine view of 2012 ML350 diesel engine. The red arrow points to the turbocharger

This engine, otherwise known as the OM642 engine is extremely popular across the line of Mercedes vehicles from sedans, wagons and SUV’s.

While this engine is exceptionally popular offering excellent performance, fuel economy and quiet operation it has many common repair issues.

With this complex engine and numerous emission control devices these vehicles can present some very expensive repairs.

Here is a list of the common items that we repair in our shop:

The most common leak is from the engine oil cooler seals which involve some labour intensive parts removal to access. Oil leaks also commonly come from the rear main crankshaft seal, the oil filter housing seal and vacuum pump.

Fuel injectors leak from either the injector itself or the seal to the cylinder head.

Timing chains become noisy and require replacement. If left too long they can break and cause complete engine failure.

Glow plugs wear out and the control units fail. Sometimes glow plugs will be seized in the cylinder head and will break off when they are removed creating addition repair time.

Complete engine failures occur from time to time but this is mostly caused by poor maintenance.

What all of these repairs have in common is that they are very expensive due either to the labour involved and the price of parts, or in many cases both. As an owner of a vehicle equipped with an OM642 engine there are things that you can do to minimize your repair costs and keep your vehicle running for a long time. 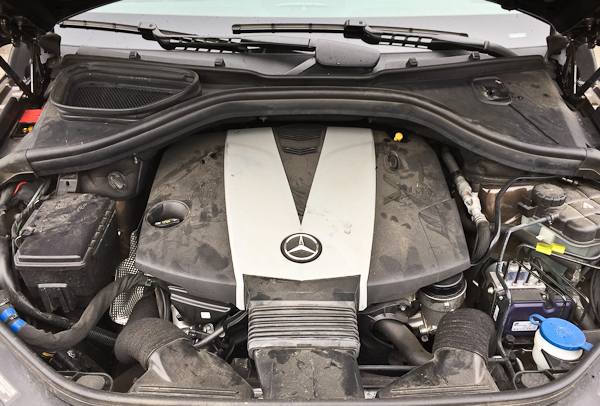 Here Are a Few Tips:

• Make sure that the engine gets fully warmed up for the majority of your trips and get out for some good highway drives. Diesel engines must be warmed up but they take a long time to reach operating temperature. Driving from home to your kids school a couple of kilometres away and back home will not warm up the engine!

• Change your oil before the recommended service interval and at least once per year if you drive very little.

• Repair any concerns as they develop because often one failure may cause other components to fail and this can add greatly to your repair bills.

In conclusion the Mercedes Benz 3 Liter diesel is a good engine but one that you can expect to spend a fair amount of money for repairs, and much more if you neglect the maintenance.

While the great fuel economy is an attractive feature of this engine I would only recommend that you buy a vehicle with this diesel if you drive a lot and many of your trips are longer distances.