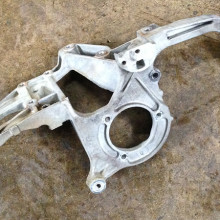 Recently we repaired a Ford escort with a broken alternator mounting bracket. The bracket had broken due to an improperly installed alternator that had been replaced by the vehicle owner a month ago. Attempting to save money and doing it himself he ended up spending more money than if he had brought it to a shop for the alternator repair in the first place. 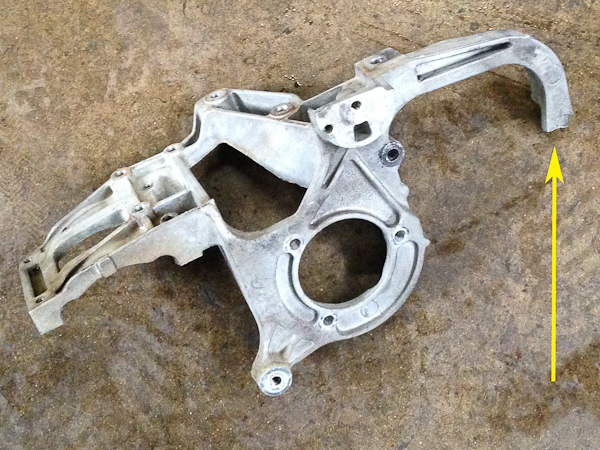 The alternator bracket with the broken off section shown. Note the numerous bolt mounting holes. Replacing this part was very time consuming and costly

Let’s add in a few other points: several hours was spent picking up the part, returning the core and doing the installation. By contrast the vehicle could have been dropped off at our shop, repairs completed the same day and a one year warrantee would have been in force so any further concerns would have been fixed at no charge.

Had the alternator job gone well he undoubtedly would have saved money, but probably not time. While do it yourself work is fine when done right (often, unfortunately we see that it is not…), ask yourself before you embark on the project:

Can I do this job properly? Do I have the proper tools? Will I really save myself money in the end? What is my time worth? Could my time be used best for other things?

Depending on how you answer these questions you may find that it is best to take it to a good shop for the repair. Yes the cost is higher than just a part but with a professional shop doing the repair there comes peace of mind of a job done right – and a warranty.