Mark: So you guys have just won again - Best Auto Repair in Vancouver for the sixteenth time, that must feel pretty good.

Bernie: It is awesome, it’s a great honour.

Mark: And that’s from your customers voting?

Bernie: Dodge Ram truck brakes are pretty much the same as any brake system you’ll find in any vehicle, other than being in a truck, they’re large. Typically these days Dodge Ram trucks have four wheel disc brakes. In the past, they’d use a drum brake on the rear and a disc brake on the front. There is a variety of different brake sizes that you’ll find on a Dodge Ram truck whether it’s a 1500 1/2 ton, those will have smaller brakes whereas a 2500 3/4 ton or a 3500 1-ton will have larger brakes.

Bernie: That’s typical like most vehicles, the pads wear out and the rotors wear as well as the pads. If it’s a drum brake, of course there are brake shoes that will wear out, wheel cylinders will leak and the drums wear. There are further things that happen, as the vehicle gets older: the calipers will wear out, the calipers will stick or seize up and brake hoses wear out.

Mark: So what’s the typical life span of these typical big truck brakes?

Bernie: That really varies. That’s an excellent question because it depends on how you’re using your vehicle and what you’re using is for. So for example, if you have a 1500 Series truck and you’re really loading it down fully, maxed out and maybe a little bit overloaded, your brakes won’t last very long. Whereas, if you have a one ton and you and never put anything in it or haul anything, the brakes could last a long time, a 100,000 km or more. It really depends on the load and what you’re carrying in the vehicle. It also depends on where you are driving, if you’re just driving around in the city that’s one thing, but if you’re driving in very hilly terrain the brakes will wear faster. If you’re driving off-road you’ve got dust and dirt and mud that will get into the brakes and wear them faster as well.

Mark: So any suggestions for maximizing the life of your brakes and keeping the cost down?

Bernie: Well first of all, with a truck it’s important to have the right load capacity for the work you’re doing, so if it’s a work truck, you don’t buy a half ton truck and haul around 2000 pounds of material day in and day out. Other than that the key to maximizing brake life is to pump the brakes and this is true in all cars. Have the brakes inspected every year. It's the most important thing, to see how they’re wearing. If there’s anything wearing abnormally get it fixed right away, that’ll keep your costs down. 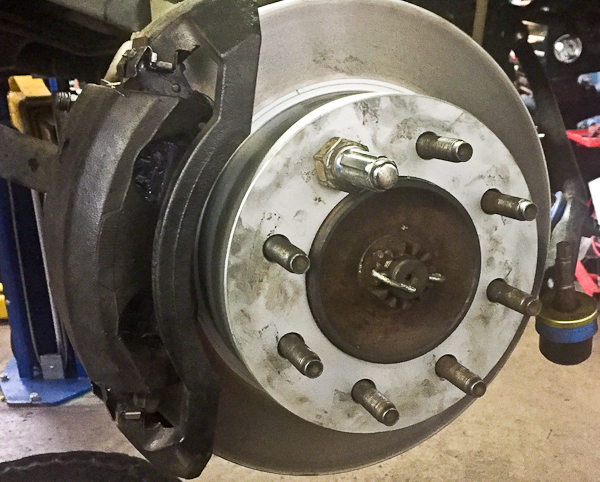 Mark: So basically maintenance will help you repair the little things before the big things get impacted, is that right?

Bernie: Exactly. It’s much cheaper to fix brakes before they start making horrible grinding noises and they’re worn metal on metal. If you drive it for awhile, it’ll definitely cost you more money to do that. So better to fix them before that happens. It's also safer too.

Mark: So if you want safe brakes, reliable brakes, less expensive brakes, give Pawlik Automotive a call 604-327-7112. You have to book an appointment folks, they’re busy or check out their website pawlikautomotive.com in Vancouver. Thanks Bernie