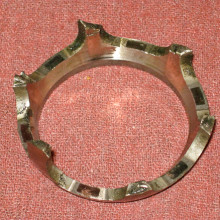 Complete CV Joint Failures Due to Breakage Are Extremely Rare

However that is what we found recently when a 2004 Ford Freestar was towed to our shop. Upon removing the axle shaft, taking off the CV boot and investigating the failure – we found the cage, which holds the 6 balls in position had split in half, allowing the balls to slip out of place.

Never before had we seen this sort of failure! 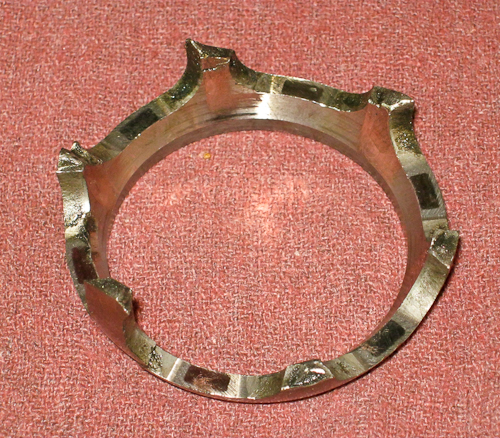 1/2 of the broken CV joint cage 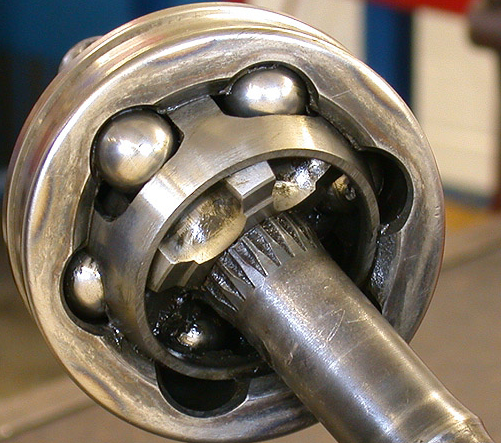 We speculated that the cage may have been damaged by a previous accident as there was evidence to suggest that the control arm had been replaced with a used part: a classic sign of a collision repair.

Possibly the vehicle had been hit on the right side or been driven hard into a curb. Any of these stresses could have damaged the CV joint though there was no visible evidence or symptom noted when driving. This is one of the liabilities of having a vehicle repaired from a collision.

There are many components that are hidden and cannot be inspected that could be weakened by a collision.

We think this CV joint shows just such an eventuality. 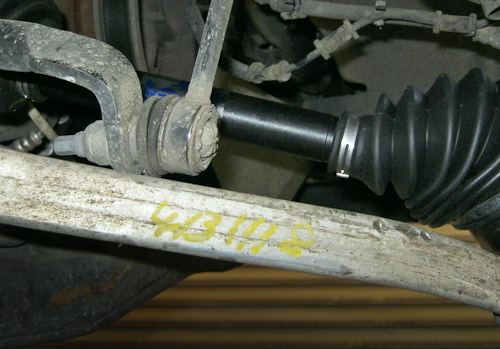 Note the yellow paint numbering on the control arm: this is indicative of a used part, likely replaced in a collision repair

Some further notes to our story: the owner of this vehicle did not have any knowledge of such an accident and was not the original owner. This damage though, based on the evidence: the replaced control arm and the unusual nature of the failure and that the failure could be caused by severe inward impact… seems to overwhelmingly suggest a collision caused this.

What can you do to prevent such an occurrence on your vehicle?

Unfortunately not much, for even a thorough independent inspection after repairs will not likely find any concerns. When an insurance company repairs collision damage they will repair and replace all noticeable damage and anything that affects the vehicle’s driving operation which was clearly caused by the collision.

The hidden things remain so and may unfortunately show up one day just like this broken CV joint did.