The High Cost Of Saving Money 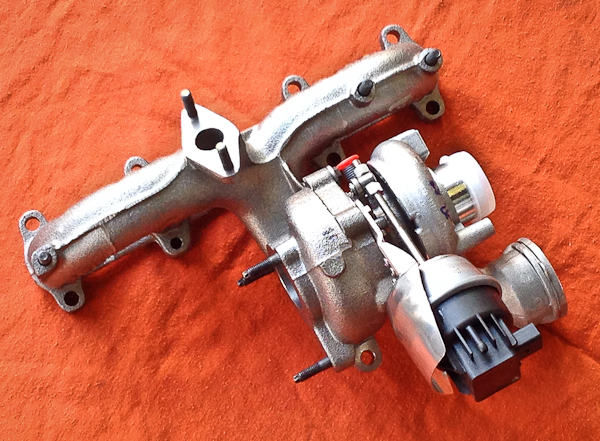 It’s been said that if you want to save money you should buy the best first. This is frequently true when it comes to auto repairs.

We recently did two repairs that perfectly highlight this point; both on the same 2003 Volkswagen TDI Jetta. Several months ago our client brought to us this very sick vehicle: it’s diesel engine had the check engine light on and severely lacked power. After performing our usual thorough diagnosis we determined two things: that the turbocharger actuator was bad and the intake system was plugged with carbon deposits.

We removed the intake manifold and cleaned out the carbon deposits. That service was time consuming but straight forward.

The turbo actuator was another story: this part comes complete with the turbocharger and the best repair was to replace it with a new unit. Unfortunately the new part was very expensive. As we like to empower our clients with options we found a good functional used part from an auto wrecker which was considerably cheaper. We estimated repairs with both the new and used part. We also presented the risks and benefits associated with either repair.

To save money our client chose the used turbocharger along with the risk that there was only a four month warranty on this part and, in the event of part failure, there was no labour included to remove the part. We installed the part and his concerns were solved: the car had lots of power and the check engine light stayed out.

Unfortunately a few months later the check engine light came back on and this was accompanied by a slight lack of power when the car was loaded with passengers and going up steep hills. The warranty period had passed, and while the car was infinitely better than when he first brought it to us it was still not right.

Brand new turbo assembly for 2003 VW TDI Jetta. This unit is integral with the exhaust manifold. The actuator is the black part on the bottom. This item is electronically controlled by the powertrain computer to provide very precise turbo boost.

After great contemplation the owner decided to do the repair that should have been done in the first place: install a brand new turbocharger assembly. Several months have passed since we performed this repair and all is working well. Being a TDI Jetta it will likely last for many years.

When all was said and done this vehicle owner unfortunately spent a great deal more money than he needed to had he paid more in the first place and bought the best.

For more about the VW TDI engine click here http://en.wikipedia.org/wiki/Turbocharged_Direct_Injection

For more about turbo actutors and turbochargers click here http://en.wikipedia.org/wiki/Wastegate