How to Prolong the Life of Your Diesel Fuel Injectors 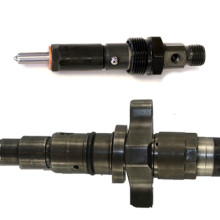 Diesel engines and diesel fuel injectors have changed remarkably in the past decade: gone are the rattly, smoky, stinky, low performance engines from the past.

Today we have the modern diesel: powerful and quick to accelerate, smoke free and quiet, with the added benefit of low exhaust emissions, and often times amazing fuel efficiency. 60+ mpg in a VW Jetta TDI is common!

There have been many changes that have allowed this remarkable transformation and one of the major contributors is the fuel injector which has undergone an enormous revolution. 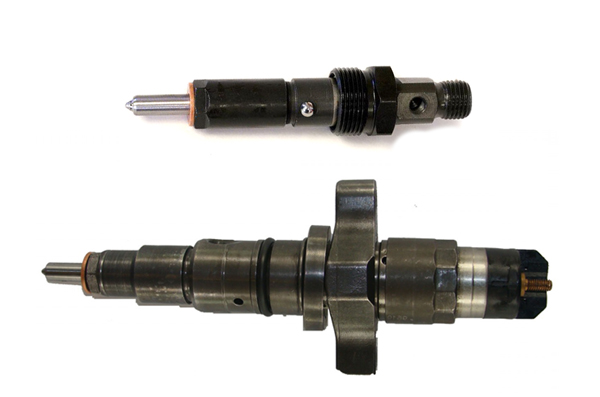 Dodge Cummins Diesel Injectors, old & new: The old mechanical injector is on the top and the new style, common rail injector on bottom

On older engines all components within the injector were mechanical. The injection pump, again a purely mechanical device, precisely controlled the quantity of fuel to be injected.

Fast forward to today: the fuel injector’s controls are now electronic and the mechanical injection pump is gone. In its place is the common rail system. What common rail means is that all fuel injectors get their fuel from the same fuel rail under the same pressure. There a two types of common rail system: one with very high fuel pressure and another with low pressure fuel that uses high pressure engine oil to boost fuel to a very high pressure inside the injector.

While solenoids have been used inside the injectors the pinnacle of modern fuel injector technology is the piezoelectric crystal which, when electrically energized minutely changes the shape of the crystal and switches a small fuel chamber on and off. The on/off flow in the small fuel chamber triggers the top of the fuel injector to open and close and in turn spray fuel into the engine. The miracle of this injector is that it allows precise injection control to the millisecond.

Old diesels received only one shot of fuel during their combustion stroke while modern diesels receive several injections at precisely timed intervals and this has created the amazing engines that we have today. Through these timed injections more power is produced and the knocking sound, so common to diesel engines is virtually eliminated.

How do modern injectors fair for reliability?

Well they have their concerns and quite honestly many are problematic. However much of this may be due to recent changes in diesel fuel refining.

In the late 2000s, ultra low sulfur diesel fuels were introduced in North America. Minimal sulfur emission is great for the environment but unfortunately for the diesel fuel injector, the refining process removes some lubricants that are crucial to long injector life. All diesel engines built 2008 and newer have upgraded injectors but those prior will likely suffer early failures.

Injector failures show up in a number of ways such as long crank times or no starts, smoky exhaust (usually black) and rough running.

Replacing modern injectors is very expensive, typically costing several hundred dollars per unit along with a very labour intensive operation. So you may wonder, what can I do to prolong the life of my injectors and avoid expensive repairs? There are several things:

First is to keep up your maintenance:

Second is to add a lubricity additive to your fuel:

These additives will restore the lubricants missing from modern ultra low sulfur diesel and prolong the life of your injectors. While there is addition cost, some of these additives will boost the cetane rating of your fuel and pay for themselves with improved fuel mileage and performance.

Using the right fuel additive and performing proper maintenance will maximize your diesel fuel injector’s life: it’s a no-brainer that will save you thousands of dollars.