How We Saved a Client a Fortune on His Turbocharger Repair- Pawlik Automotive Repair, Vancouver BC
0

How We Saved a Client a Fortune on His Turbocharger Repair 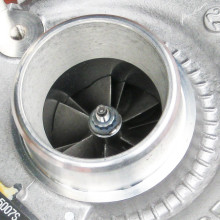 Saving money is always a good thing; however when it comes to auto repairs be cautious because often along with low price comes inferior quality. We always strive for the highest quality at the best price and are very pleased when we can take the time to do a great job and save our client lots of money. Recently we did just that.

The vehicle serviced was a 2007 Jeep Grand Cherokee with a 3 liter Mercedes turbo diesel engine. While quite rare in Jeeps, it is common in various Mercedes vehicles and Sprinter vans.

Our client’s concern was a severe lack of power and the check engine lamp on. After diagnosis we determined the turbocharger to be defective. This vehicle uses a very complex variable geometry turbo which incorporates an integral electronic actuator. The actuator was the defective part but unfortunately was only available with a new turbo assembly. Rebuilding was not an option so it appeared that we were stuck to the dealer. Our client had already been to the Chrysler dealer where they also diagnosed the turbocharger as the problem. His quote was over $8000 installed. They were also not too reassuring as they stated that the engine computer could also be bad and substantial extra costs could be involved. We confirmed that only the turbo was defective 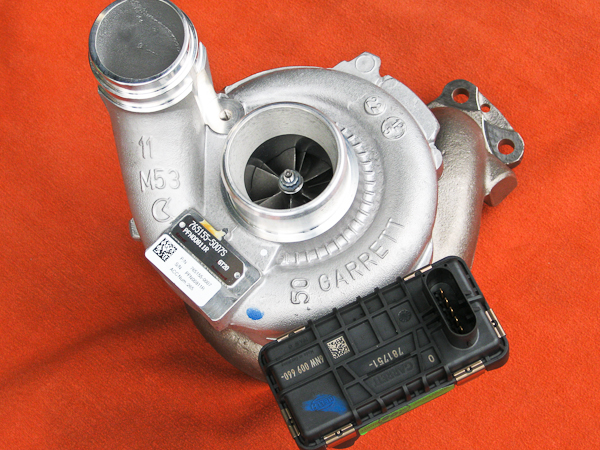 Brand new turbo assembly, the black box near the bottom is the actuator unit which controls the variable geometry mechanism.

Our first phone call to the Chrysler dealer was a shock: the turbo assembly was over $6000 for a new unit. We spent some time looking at options: Mercedes dealers and ordering through a US Chrysler dealership and while these reduced the price it would still have run him around $7000 installed. After more digging we were able to purchase a new turbo directly from the manufacturer for under $3000. This is an exact original replacement part. Installed with taxes, his bill came in at under $5000, substantially lower than just the turbo from Chrysler.

After replacement the engine ran great, the check engine light was off and full power was restored. So sometimes low cost and quality do go hand in hand and when we can deliver high quality at a low price we will.