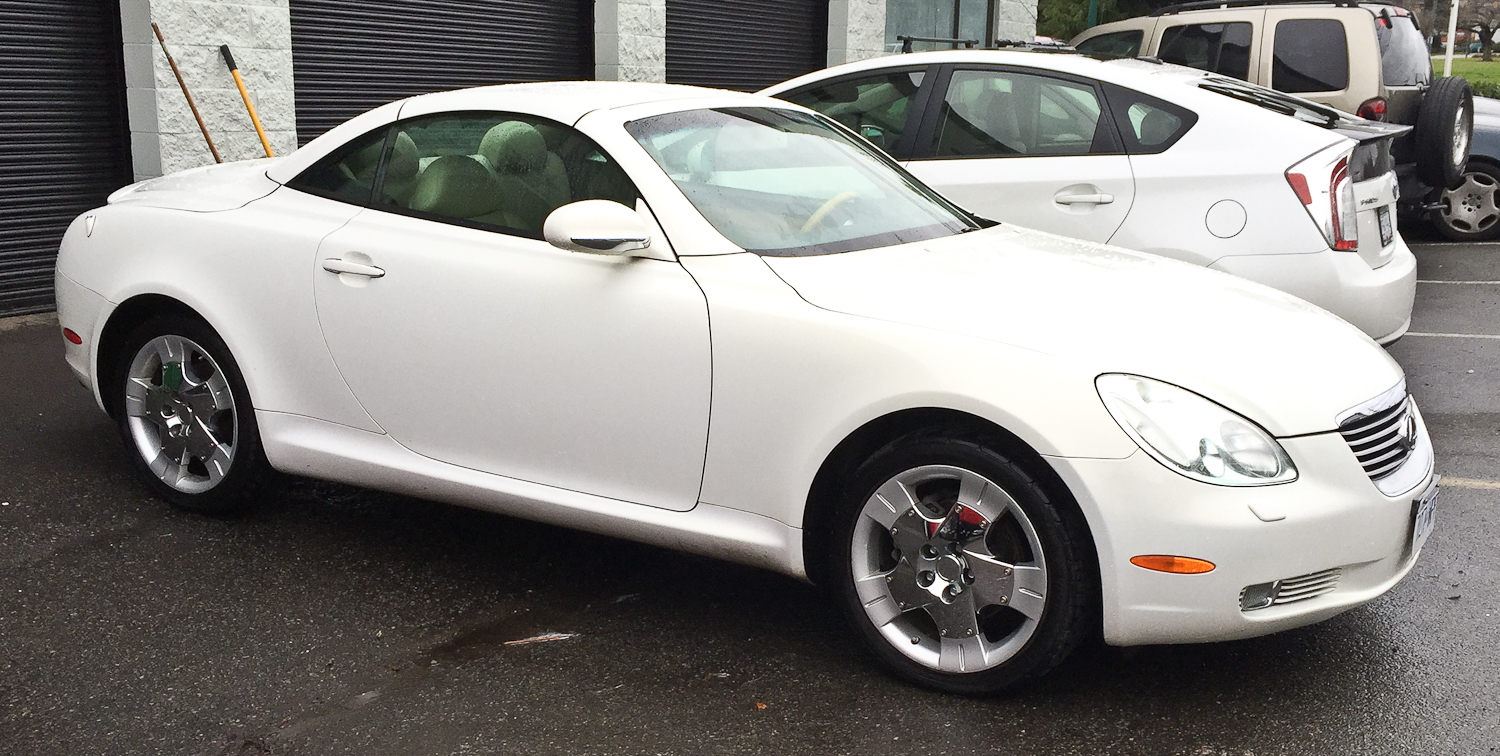 There are many designs of suspension systems in cars, with Macpherson struts being very high on the popularity list. The shock absorber, spring and one leg of the suspension are incorporated into a single assembly. Struts are found in both the front and rear suspensions.

Advantages of struts are simplicity of manufacturing and thus lower costs. Disadvantages are less flexibility with the suspension geometry, and a slightly harsher and noisier ride when compared to some other suspension systems. This however has not limited their use to lower-end models as they are found on many expensive luxury and sports cars such as Porsche, Mercedes-Benz, BMW and Lexus.

This week we replaced struts on two Lexus vehicles: a 1993 ES300 and a 2002 SC430. While both cars featuring front and rear Macpherson strut suspensions there were a few differences with these cars, most noticeably age and mileage, but also the type of car: one being a sedan while the other a two-seat hardtop convertible sports car. The ES300 was 23 years old with 260,000 kilometers while the SC430 was 14 years of age with 99,000 kilometers. This information alone gives you an idea of how long struts can last. 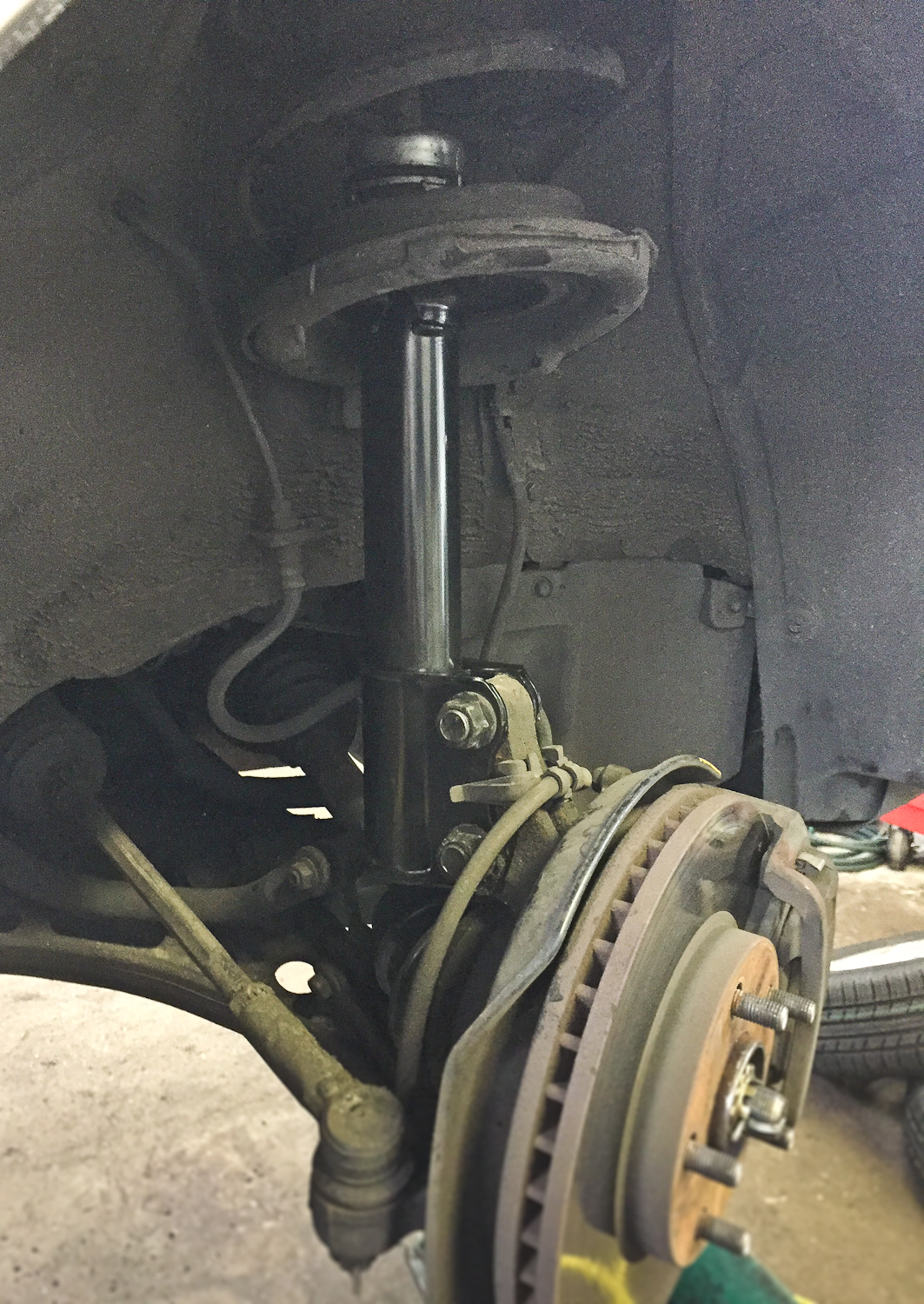 The new strut assembly installed on the ES300

There are two ways to replace struts these days: one is to replace the worn out components and the other is to replace the complete unit. Complete units are, as the name implies a completely new strut: new tube and shock absorber, new coil spring, new mounting plate, dust cover, bearing, snubber and all other pieces. These are more expensive than individual components though the price is coming down. Installation labour costs are lower: simply unbolt the old unit and bolt in the new one.

Individual components are the other way to repair struts. Almost always, the shock absorber is the part that fails. Other common failure items are the strut mount and bearing plate. While individual parts are usually lower in cost than complete units there is more labour involved. On certain cars complete struts are not available and that was the case with both the SC430 and the ES300. This is due to relatively limited production of these cars. 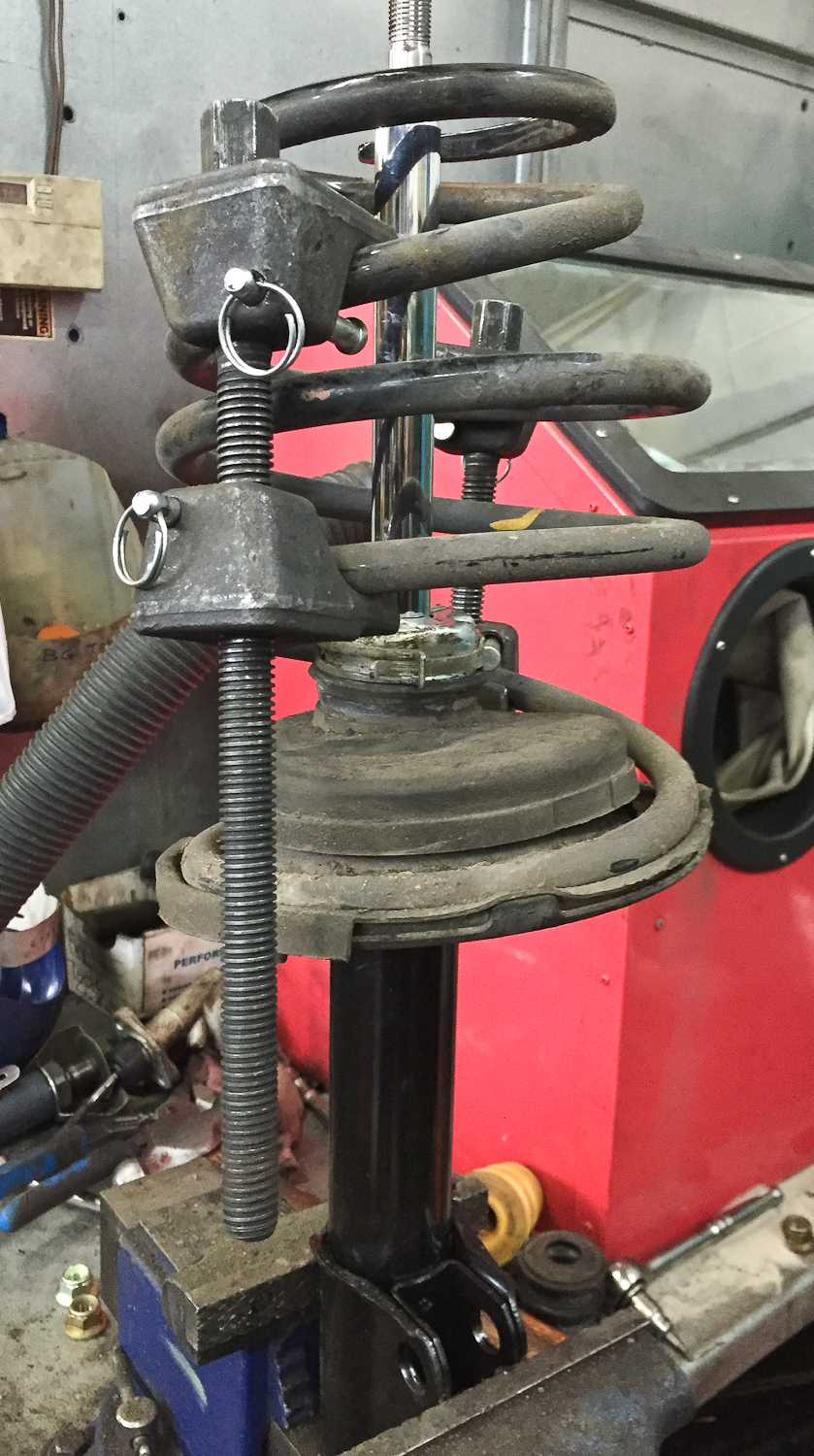 The strut assemby partially disassembled on the bench. The upper strut plate is not yet installed.

There is mention in the industry that 80,000 kilometers is a good time to look at your struts as they may be worn by this time. In my experience this is usually far too soon to replace your struts, however, they may wear out by this mileage, and they may also last a couple of hundred thousand kilometers more. The key is to routinely have your car inspected to evaluate the condition of the struts. Once they are worn the poor ride quality is noticeable. When this occurs vehicle safety is compromised as you do not have the sharpness of steering, and during a panic brake application your car will not stop as quickly.

While many folks shy away from repairing struts on older vehicles the improved ride quality and safety makes them a worthwhile service on any car, Lexus included.