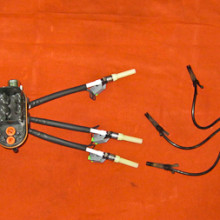 This replacement part is for GM trucks that use this fuel injection system. And there are many trucks: millions of them, built from 1992 to 2002. This system was fraught with problems almost from day one and it’s surprising that it took so long to build a replacement part to address the original design flaws.

The redesigned part’s major change is to install electronically controlled fuel injectors at the end of the fuel line. This allows for very precise fuel control which the original unit lacked. It also eliminates the need for the troublesome poppet valves.

A Recent Repair Illustrates How Bad This Can Get

We had a 1996 Chevy pickup with a V6 towed to our shop for a no start concern. After a thorough diagnosis we found that the fuel injection unit was defective and causing the starting problems plus an array of other concerns:

The good news is that after installing this unit our truck ran great. Even better news it that these new and improved parts cost less than the old designed parts! 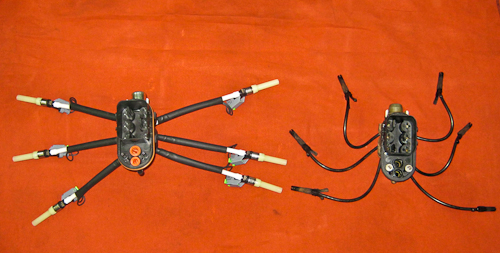 The new and the old: New, redesigned part is on left, note the wires and larger electronic fuel injectors on the ends. The old unit is on the right.