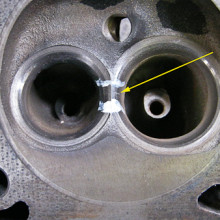 Proper diagnosis is essential before repairs. It sounds simple and makes sense but it is amazing that some folks would rather avoid this critical step. The same holds true for many auto repair shops who would rather guess at what is wrong and waste your money on unneeded repairs.

We recently serviced a 2000 Dodge Truck that had a check engine lamp on and a slightly rough running engine. The vehicle had been at another shop where they replaced spark plugs, ignition wires and a fuel injector in #8 cylinder. We found that the check engine lamp was on for a code P0308 which indicates a misfire detected in #8 cylinder. While the previous shop must have found this code, the fact that a number of parts were replaced and the concern remained indicates that diagnosis was not done. In all fairness the spark plugs and ignition wires may have been old and been due for replacement but it looks like the fuel injector was just a guess.

We took the time to do a proper diagnosis and found the concern was caused by poor compression in #8 cylinder. After the cylinder head was removed and tested, a crack between the intake & exhaust valve seats was found to be the culprit. With a new cylinder head installed the truck ran great, as it should have if proper diagnosis was done the first time. 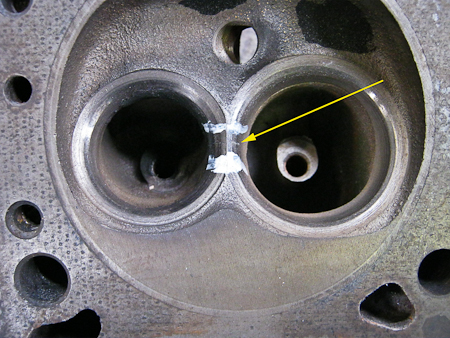