Pawlik Automotive are 15 time winners of "Best Auto Repair in Vancouver, BC" as voted by their customers.

Mark: So we titled this Inspections and Repairs on Range Rovers, is there anything unique about Range Rover brakes?

Bernie: Well I’d say the one unique thing about Range Rover brakes is they’re really big, I mean Range Rovers are really a sports car, sport utility vehicle, a lot of them have supercharged engines, lots of horsepower, luxury items galore, air ride suspension, lots of options and controls and these vehicles weigh a lot so they put big brakes in so you can be going 100 miles an hour and stop the car really fast. So that’s what’s unique about Range Rover brakes. Actually I have a couple samples from a job we did the other day so you can just get an idea how big these are: this is a Range Rover brake pad and it’s huge, I mean just for comparison’s sake, this is a brake pad out of a Nissan Versa which is a small car but none the less, it’s a pretty good size brake pad, it’s sort of an average Japanese car brake pad. I don’t have any American vehicles to compare but this Range Rover brake pad is larger than you’ll find in a Ford F350 or for a Chevy Suburban, this brake pad is twice the size. The brake rotors are also massive on a Range Rover as I grunt as I lift this thing. I don’t have a comparison rotor but this is a huge brake rotor so, a lot of work lifting that.

Mark: So that’s definitely bigger than the rear rotor on the Nissan Versa.

Bernie: Oh absolutely, yes much so and I mean even the thing about a Chevy Suburban you know which is a big truck, you know the brake rotors are substantially smaller.

Mark: So how long will they last?

Bernie: Well you’d think with big brakes that they would last a long time but the interesting thing is they don’t. We see Range Rovers sometimes with as little as 20 thousand, 25 thousand kilometers where the brakes are worn out. They don’t last a long time. I ofter wonder to myself because they are so large why they wouldn’t last longer but I can only assume that just the weight of the vehicle wears them out quickly, they’re big brakes, there’s lots of area to dissipate the heat so they should last a long time. The rotors wear along with the pads as well so it’s not like they use a really soft pad you know because the rotors are wearing at the same time so um, they don’t last, they don’t last as long as you think they would.

Mark: So what parts do you replace on the Range Rover?

Bernie: Well typically I’ve just shown you pretty much everything that we do: the brake pads and the rotors usually get changed every time. Brake fluid gets flushed every 2 to 3 years and also on the Range Rovers these vehicles do have an electronic brake pad wear sensor and you know as long, if the lights on and they’re worn out then we replace those as well. Usually calipers last a long time in these vehicles, it’s very important not to let these get metal on metal though like to wear them fully out because the calipers are just outrageously expensive but we’ve yet to do one. They last a long time but you know if you have one that’s 10 or 15 years old at that point you may need to start changing calipers or brake hoses but other than that it's pads and rotors.

Mark: Sorry, any difference on your inspection times?

Bernie: No, they’re the same, yeah it’s the same, the same inspection we give on you know any other vehicle, same techniques and measurement. As for inspection intervals, you know they’re generally due for a service around every 10 to 20 thousand kilometers so you know if it has a 20 thousand kilometer oil change interval you definitely want to be inspecting the brakes every time that comes around.

Mark: So if you’re looking for service for your Range Rover the guys to call are Pawlik Automotive in Vancouver. To book your appointment give them a call at (604) 327-7112. They’ve just expanded, they’ve got a lot more space so give them a call or check out their website pawlikautomotive.com. Thanks Bernie. 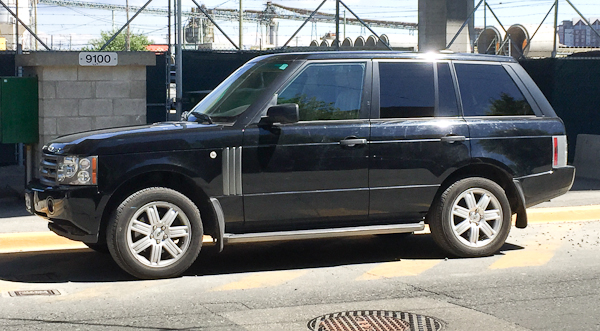