Today’s featured service is Subaru Clutch Replacement performed on a 2005 Subaru Outback 2.5XT, brought to us by a client from Vancouver. 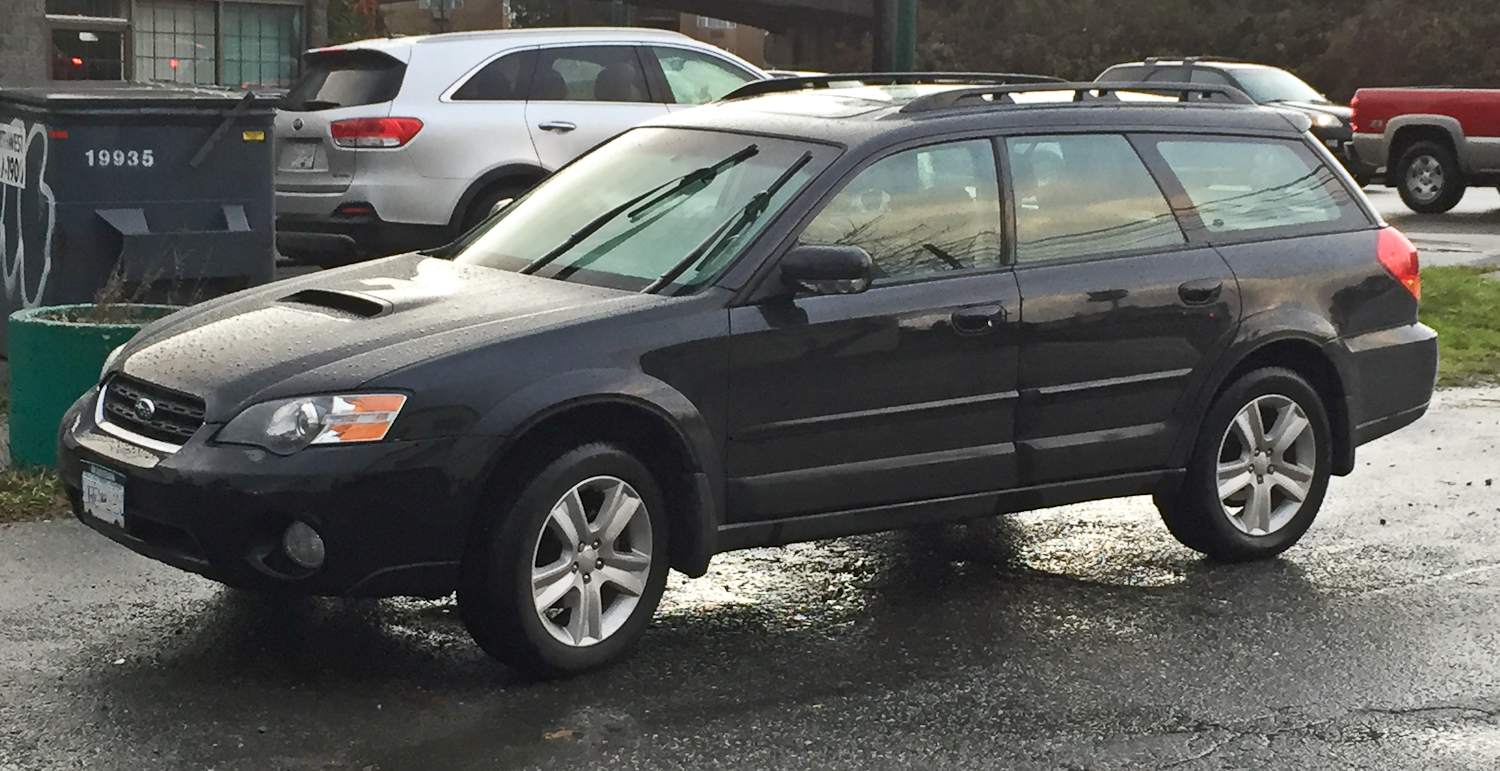 Our featured Subaru arrived by tow truck as the owner could no longer shift the vehicle into any gear. The clutch pedal sat on the floor and would not operate the clutch.

Like all modern vehicles Subarus us a hydraulic system to connect the clutch pedal with the clutch itself. Our first line of inspection was to examine the clutch fluid level: we found the reservoir empty. Further examination found that the clutch hose was leaking.

Replacement of the clutch hose and bleeding the hydraulic system restored operation of the clutch however it revealed other concerns. We were able to put the car into gear but it required a bit of force and occasionally made a grinding noise. Also on the road test we noted that the slightest press on the pedal had the clutch slipping. Clearly the clutch itself was worn out and needed replacement. These concerns had undoubtly been occurring before the clutch hose failed and caused the clutch to be completely inoperative.

Subaru clutch replacement is a fairly straight forward operation however it can be more complex than other vehicles due to the additional all wheel drive components. We have done many Subaru clutches but found something unique with this model and that was the use of a dual mass flywheel. The Outback 2.5XT features a high performance turbocharged engine. Though a dual mass flywheel doesn’t make a clutch any stronger the manufacturer must have felt compelled to use this system for other reasons. Usually this system is used to smooth out vibrations in the drive train and permit easier shifting. 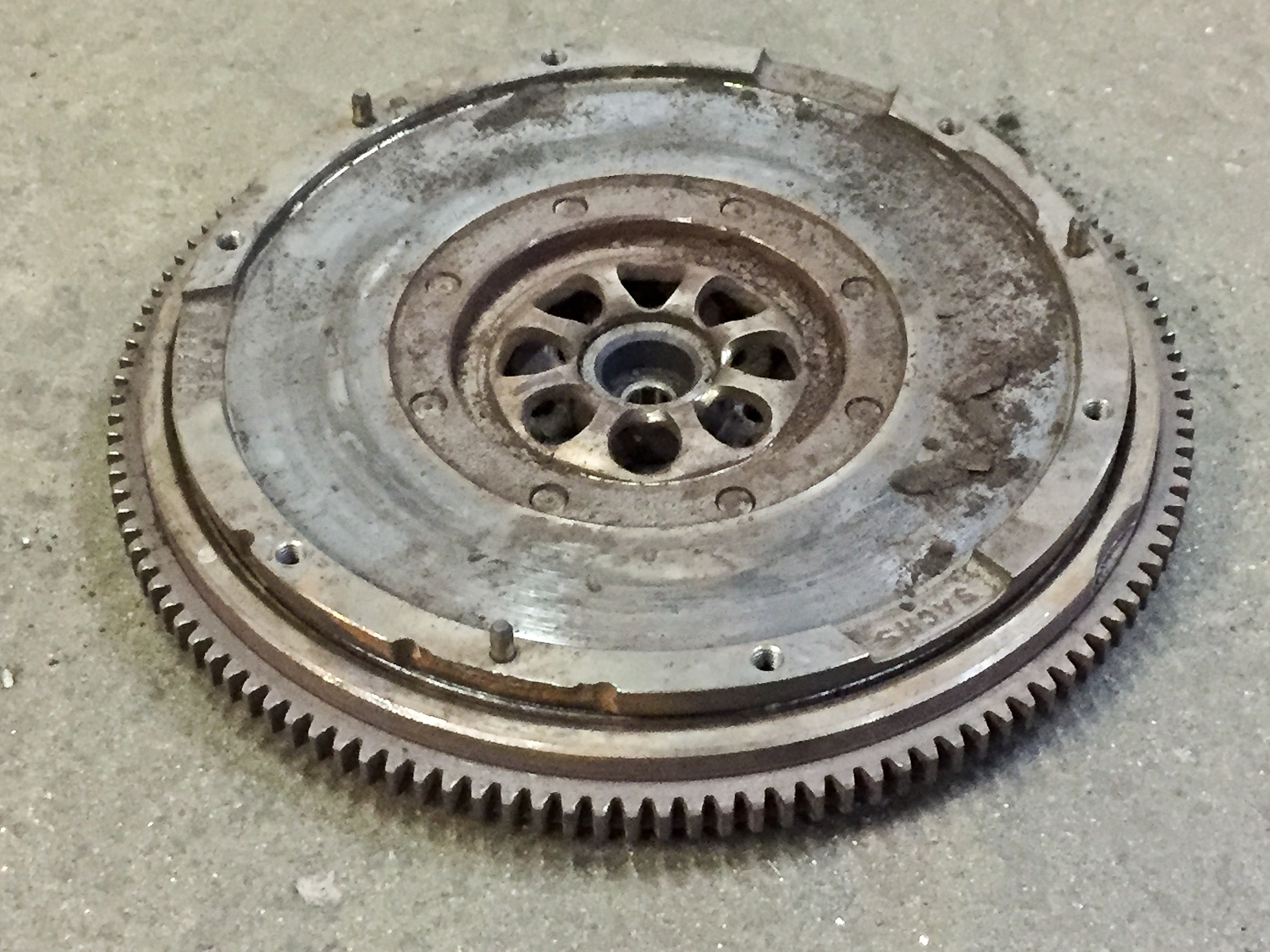 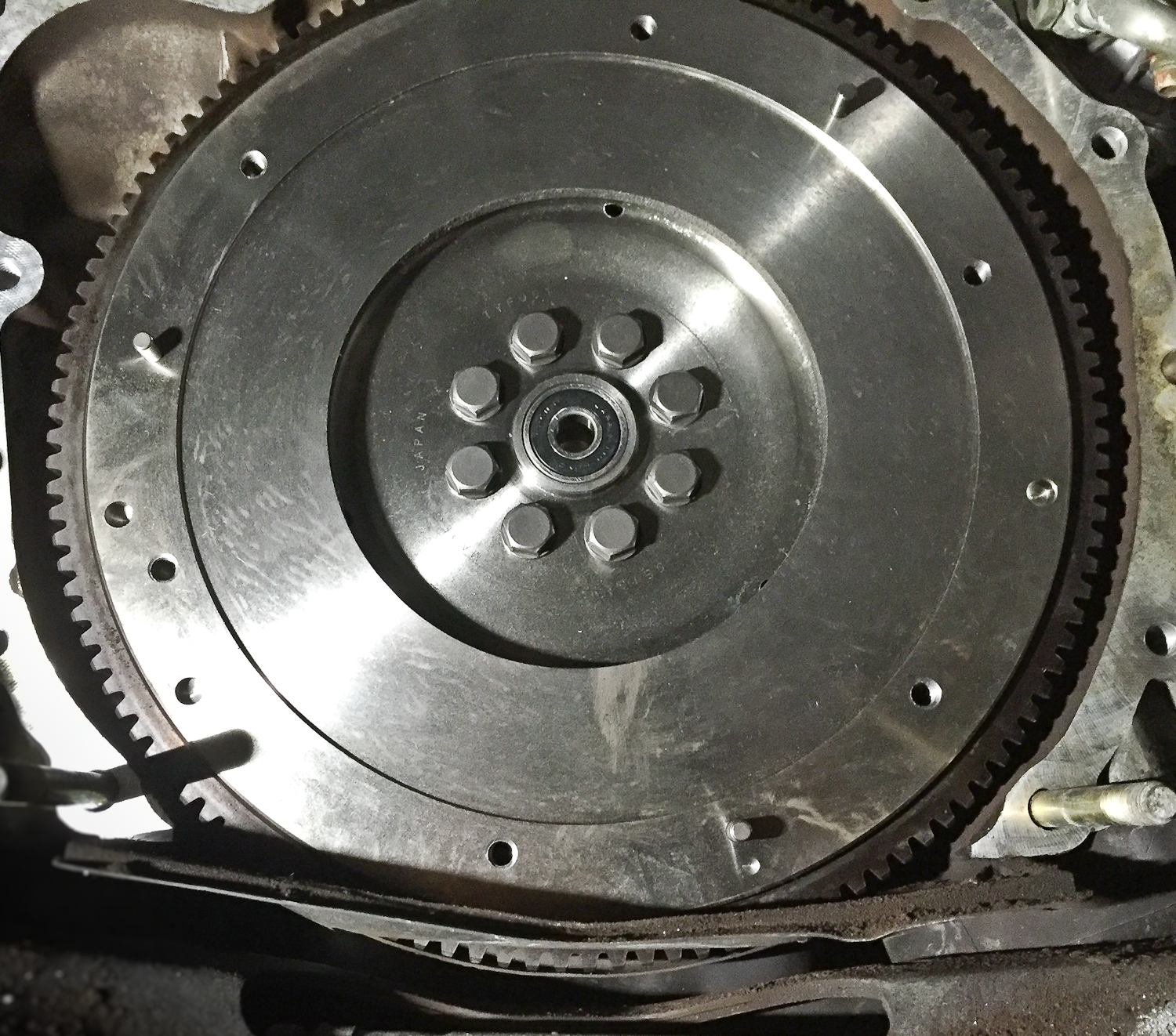 On our featured Subaru 2.5XT we opted to use the conversion kit. This ensures that the clutch will operate perfectly and leaves nothing to fail at a later date. When the clutch next wears out replacement is significantly less expensive.

There are reasons why dual mass flywheels are used however we have installed many of these conversions on a variety of vehicles from Dodge diesel trucks to other Japanese and European cars and they always shift smoothly and accurately. The dual mass system is never missed. 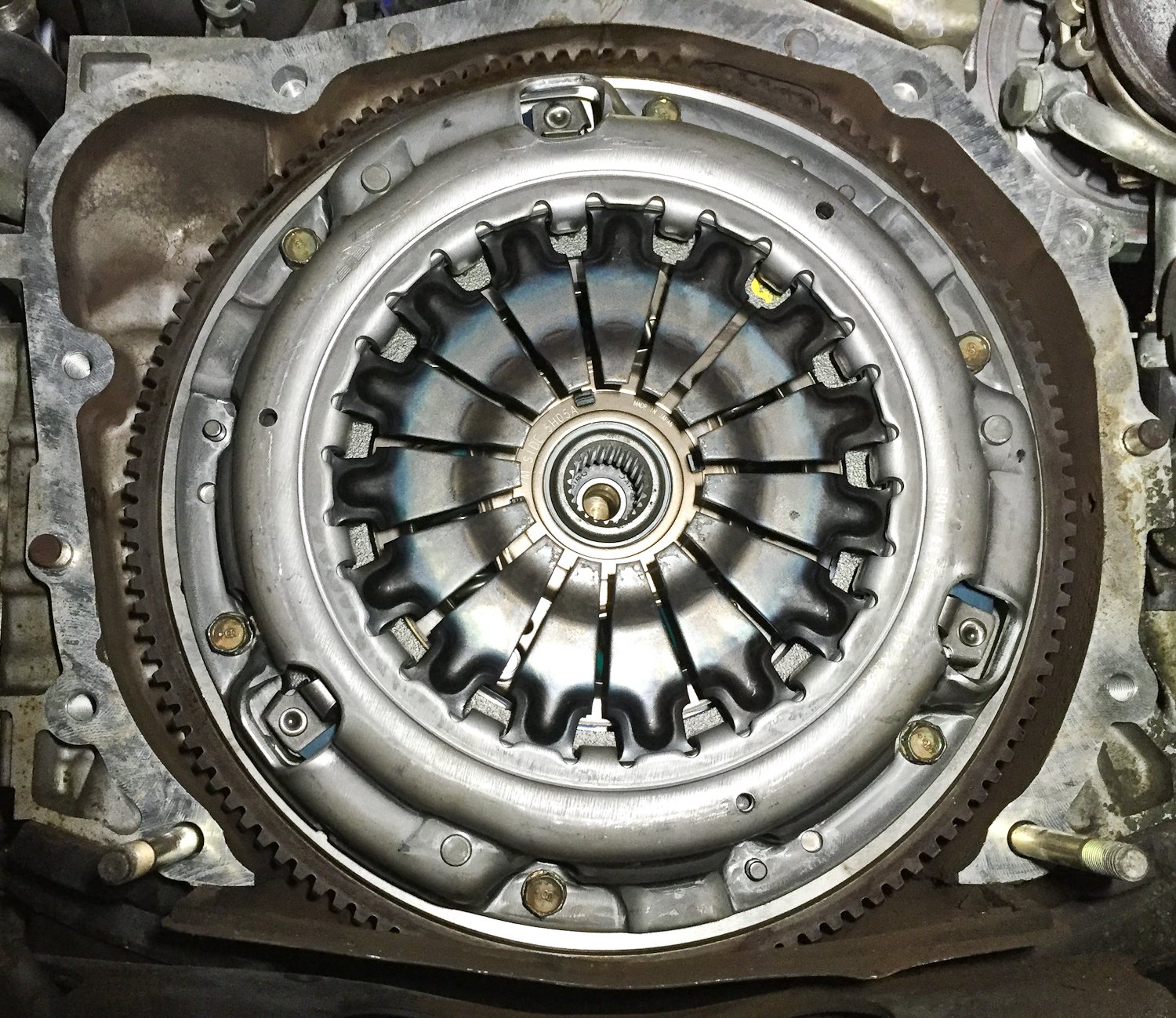 Clutch assembly installed and ready for transmission installation. This view shows the pressure plate bolted onto the flywheel, the clutch disc sits in between.

For more about the Subaru Outback click here https://en.wikipedia.org/wiki/Subaru_Outback