Our featured service today is an oil leak repair on a 1999 Subaru Forester, brought to us by a client from Fairview, Vancouver. 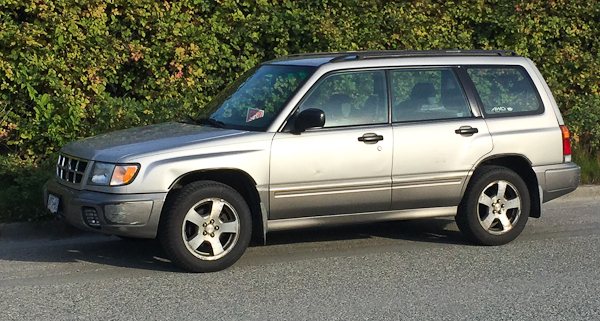 Subaru’s are great cars: very reliable, durable and practical. Like all cars they have repairs that are needed from time to time and on Subarus oil leaks are a common concern. While head gaskets are the most infamous, and expensive leak, this post features a less common one: the engine oil separator plate.

The oil separator plate is located at the back of the engine and requires removal of the transmission and flywheel to access. The part is inexpensive but the labour cost is high. If the vehicle is equipped with a standard transmission repairing this leak offers a good opportunity to inspect the clutch and replace it if required. 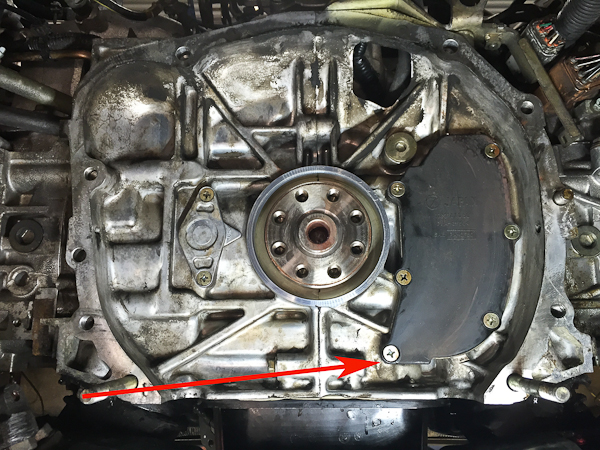 Rear of engine with clutch and flywheel removed exposing the oil separator plate. The red arrow points to the crack in the plastic plate which is visible just below the screw.

What function does the oil separator plate perform? It is part of the crankcase breather system and prevents engine oil from being sucked into the PCV valve and burned by the engine. The engine crankcase consists of the engine block plus the crankshaft, pistons and connecting rods: all major moving components of the internal combustion engine. During the combustion process a small amount of gases escape past the piston rings and valve seals into the crankcase: the breather system deals with these gases. In the ‘good old days' several decades ago engines had a road draft tube and these highly noxious crankcase gases would escape to the environment. The PCV system was the first major engine emission control device, developed to contain the blowby gases in the engine and reburn them instead of polluting the air.

On our featured Subaru the oil separator plate had cracked and caused a very large engine oil leak. The original plates were made of plastic and have been superseded by a metal plate that will last forever. 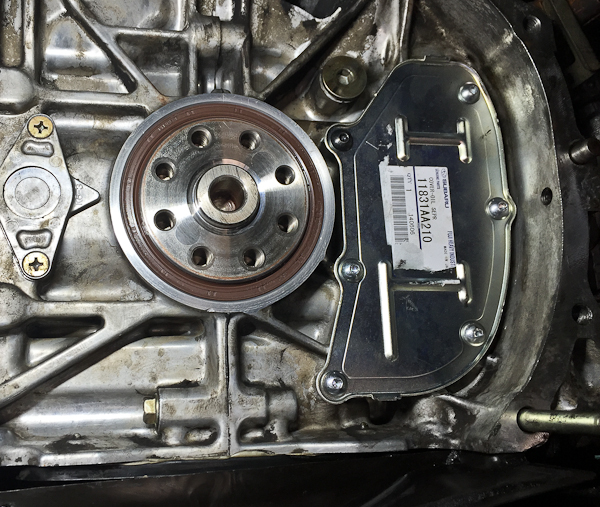 Is this a common leak on Subaru’s? Not very. We replace head gaskets, valve cover gaskets, front engine oil seals and oil pan gaskets at a far higher rate. As a preventative maintenance service it is a good idea to replace the original plastic oil separator plate with the upgraded metal unit when your clutch is replaced. This oil separator system is used on many Subaru engines from 1993 to 2011.

How would you know if the oil separator plate is the cause of your Subaru’s oil leak? Only by performing an oil leak diagnosis. This leak can be tricky to see because it comes out the back of the engine right above the oil pan and is hidden by tin shielding at the bottom of the engine. The diagnosis involves removing the shield and viewing the leak is best done with a borescope inspection camera.