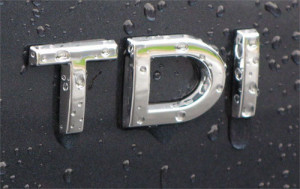 Mark: Hi, it’s Mark from Top Local Lead Generation. We’re here this morning with Mr. Bernie Pawlik of Pawlik Automotive; Pawlik is an award winning auto repair and auto maintenance shop in Vancouver BC. How are you doing today Bernie?

Mark: So we’re going to talk about TDI’s one of my favourites and Volkswagen is pretty famous for their TDI’s. So what makes it so special?

Bernie: Well that’s a great question. I think there’s a couple of reasons but first let’s talk about the history about TDI’s and Volkswagens. The TDI engines were first introduced in 1989 by Audi. TDI basically means turbo direct injection. Nothing really fancy, just a turbocharger and the injection goes directly into the cylinder as opposed to into a pre chamber which a lot of diesels at the time had but most modern diesels are really TDI but that’s Volkswagen’s term. So the early systems used mechanical pumps but they’ve evolved into the engines that we have today. In 2009 they went with the P electric injectors common rail system, these injectors can deliver up to five injection events per combustion and it’s amazing technology because this is what gives the diesels their quiet running, lower emissions, less smoke, yeah it’s amazing. They’re powerful; they’re peppy so Volkswagen auto group which includes Audi and Volkswagen, they’ve always made good deals for decades. They’ve also sold a lot of them in the North American market and it’s not a particularly favourable market for diesels, for some reason people in North America don’t really like diesels which I’ll go into in a minute but the only other manufacturer that seems to have had a consistent line of diesels in North America is Mercedes Benz. They too have made very good diesels for a long, long time but the thing in North America people traditionally don’t like the thought because they’re noisy; they blew smoke, they stink, the fuel is more challenging to find, not as many stations had it. The diesel engine did however have a couple distinct advantages, excellent fuel economy and simple maintenance. If you go back a few decades cars require regular tune-ups, the diesels didn’t. In Europe diesels have been very popular because fuel been much more expensive so people looked for economical alternatives. Times have changed, our fuel is much more expensive, maybe not at the moment but it’ll get back up there unfortunately at some point and the diesels have evolved, they’re quiet, they don’t stink, there’s no more clouds of smoke and Volkswagen which has always been at the forefront of diesel cars was a perfect choice for people wanting to buy diesels because they’re well developed and they make good cars.

Mark: So that’s a great bit of history but let’s talk about what you know best, repairs, service, what happens to these engines?

Bernie: well as I mentioned diesels have evolved but the maintenance requirement have really stayed the same and this is true for TDI’s as well as other diesels. Of course oil filter changes are required; fuel filter changes and air filter changes, and these are really all that you need to do on a diesel. The only difference with TDI’s, VW diesels they all use timing belts so they need to be changed at the recommended interval. Maintenance at the prescribed interval is really important on any engine but especially with diesels. Anything like a drop of water that gets into the fuel injection system, if it gets into the injectors, injection pump just wreaks havoc and it’ll cost a fortune to fix so you want to make sure that never happens so changing fuel filters religiously is important and I mentioned TDI’s use timing belts, if they break catastrophic engine damage will occur, so you need to make sure you change the timing belts at the prescribed intervals.
There are various intervals for different engines so you need to consult the Volkswagens specs to find out when to do yours.

So what goes wrong with TDI’s? Overall they’re really reliable; they have some glow plug issues. Occasionally we’ve had issues with turbochargers, now many times it’s not actually the turbocharger itself but they use an electronic actuator in a lot of turbochargers. The actuators go bad; it’s all a one piece unit so we have to buy the turbocharger which makes for a kind of pricey repair. Fortunately for the Volkswagens they’re not too expensive when compared to Mercedes and other brands.
Another thing that happens in TDI’s is pretty common over the history of the vehicles is that they get carbon deposits in the intake system, sometimes so bad that you can’t even, the engine will barely run up a hill so it’s a matter of carving it out, it’s time consuming but not a huge job.
That’s basically the problems I see with TDI’s.

Mark: So I already own a TDI Jetta and I love, it’s my second one, I love the car. Do you recommend them?

Bernie: Absolutely, they’re great cars and TDI’s are offered in a variety of different VW and Audi vehicles so you can go with a Jetta, it’s a more economical car, and you can go with an upscale Audi so there are a variety of vehicles you can have that engine in. They’ve always been reliable, you know and that’s really important when you buy a diesel, you don’t want to buy a crappy diesel. A few decades ago the Americans rushed and brought out a few diesel engines that were just absolute junk and there are some other ones out there that are not so good, so you want to buy a good diesel because the cost a lot to fix. One advantage of diesel is the direct fuel injection system and now a lot of gasoline powered cars use direct fuel injection so the fuel economy advantage they used to get with the diesel not quite there as much and there’s gasoline is creeping up close so if you’re looking to buy a new car and you’re thinking of a TDI, you might want to crunch the numbers, look at the prices and see if you want to do it but overall if you’re looking for a good diesel vehicle definitely highly recommended Volkswagen TDI and if you own one, we’re happy to service them to. We lots of work on them and we can fix them well.

Mark: Great, so we’ve been talking with Mr. Bernie Pawlik of Pawlik Automotive. They’re a 12 times voted best auto repair in Vancouver by their customers. So if you want a trusted place to get your sweet babies looked after, this is where to take them. Give Bernie a call at 604-327-7112 or go their great website pawlikautomotive.com. Thanks Bernie.

Bernie: Thanks Mark, we’ll talk to you again soon.