Our latest featured service is rocker arm replacement on a 2005 Jeep Liberty Diesel, brought to us by a client from South Cambie, Vancouver. 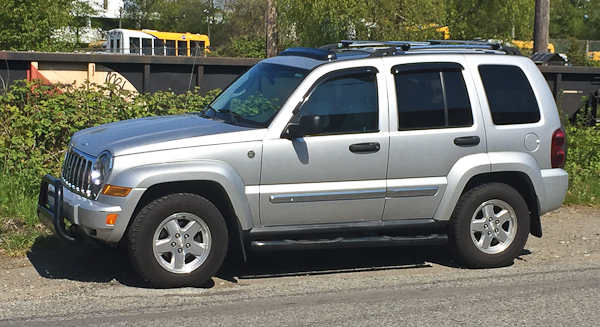 This vehicle arrived at our shop via tow truck as the engine had stopped running during a highway drive. Prior to this the owner had experienced intermittent times when the engine lacked power, and this was most noticeable on hills.

Our first diagnostic tests led us to a non-functioning and stuck open EGR valve. While replacing the valve we also found the intake passageways severely plugged with carbon deposits which we cleaned. After these repairs the engine started but ran so poorly that it was still not driveable. Clearly there were further problems.

We performed a compression test and found all cylinders were good. We sent out the fuel injectors for bench testing and they all passed the test. We then ran the engine for some time are were finally able to get the engine computer to generate a misfire trouble code for number #3 cylinder. This important piece of information gave us a clue as to where the concern might be. With good compression and proper injector operation we suspected a camshaft or rocker arm problem.

The Jeep Liberty uses a 2.8 Liter Italian made 4 cylinder 16 valve turbo diesel engine. This engine is constructed in a rather unique manner and features the valve cover and intake manifold cast as a single unit. The camshafts are also incorporated into this component. With this type of design it is impossible to inspect the valve train components without a very complicated dis-assembly.

Sometimes diagnosis is clear and simple, and at other times it is a process of elimination. This diagnosis was the latter and from all the information we had  gathered thus far it was time to look under the valve cover.

Upon removal we found the cause: 2 broken rocker arm/tappet assemblies for the intake valves of #3 cylinder. With these parts non-functional the engine was not able to draw air into this cylinder and thus no combustion could take place. We also found the intake passageways were loaded with carbon deposits similar to what we had found in the EGR valve area. 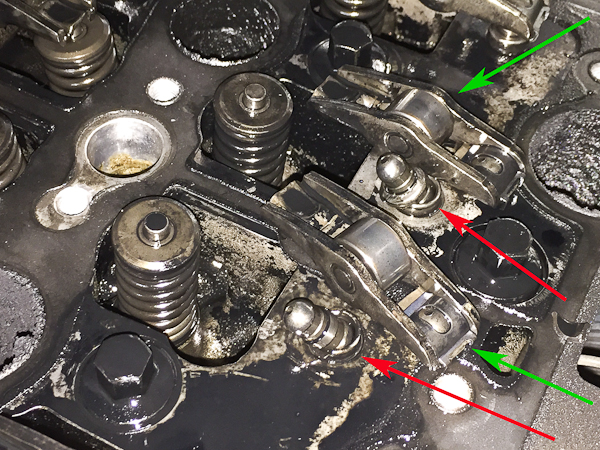 Rocker arm failure is a common concern on this engine. Although only 2 were broken it made sense to replace all of them. We also had the intake camshaft reground as it had sustained some damage from the broken rockers. Timing belt removal was required in order to lift the valve cover and it made sense to replace the timing belt, tensioners, idler pulleys and water pump at this time. Also the Jeep had 90,000 miles on the odometer which is right near the factory recommended timing belt replacement interval. 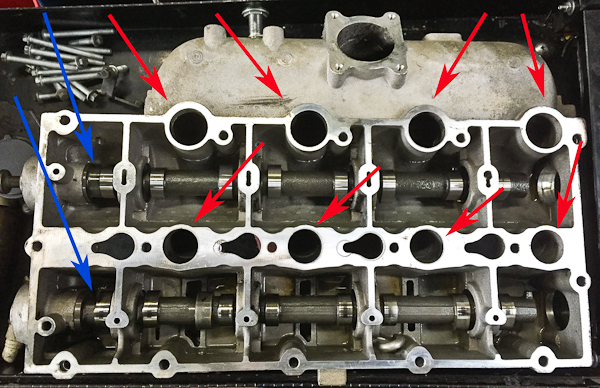 Bottom view of intake manifold/valve cover/camshaft case assembly. While this is a terrible design from several perspectives; mostly that there is no way to view the valve train and reassembly is very risky, it does greatly reduce the number of parts to the engine. The blue arrows point to the camshafts. The red arrows point to the intake passageways. This photo was taken after painstakingly cleaning this assembly and removing the carbon deposits from the intake ports.

Before reassembly we thoroughly cleaned out all carbon deposits from the intake manifold and cylinder head ports. Between this cleaning and our previous intake cleaning the engine could now breathe to it’s maximum capacity.

When all was assembled and back together the engine started and ran great, and the owner stated that it had never run so well! 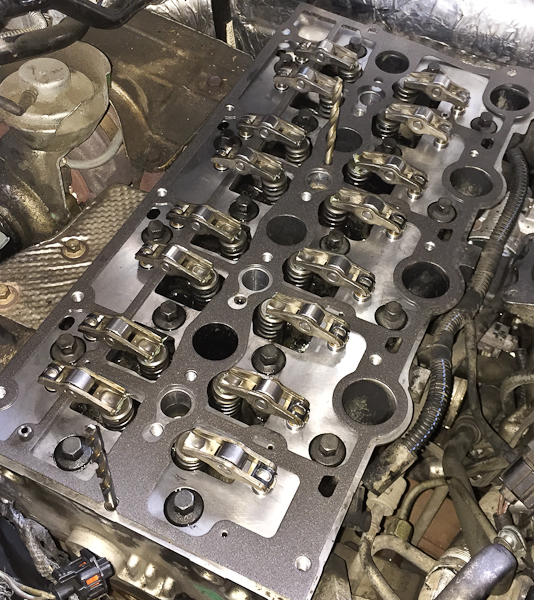 The top of the cylinder head with new rocker arm assemblies in place. Note the clean intake ports when compared to the photo below. This is a very finicky assembly as all rockers must be perfectly positioned when placing the valve cover assembly on top. We cannot visually see if the job was done right. It is only after several hours of hours of assembly that we can be sure. 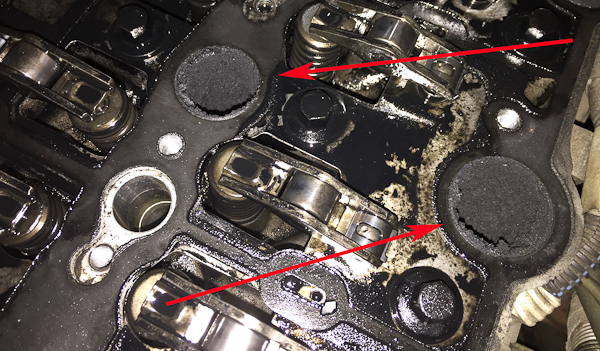 Top of the cylinder head before rocker replacement and cleaning of intake ports. The red arrow points to the carbon coated intake ports. This greatly affects the engine’s ability to breathe.