A Paradox: A Complicated Simple Repair 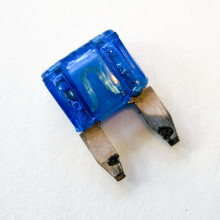 Part of what makes our job fun as auto service technicians is that we never know what we will encounter from day to day.

Case in point: a new client came in with 2003 Ford F150 pickup with the concern that his A/C (air conditioning) was inoperative. John went straight to work on the diagnosis and determined that the electrical side of the system was not functioning. Fuses were tested and all were good, but still there was no power at the A/C control panel on the dash.

With perseverance he finally found a most unusual cause of the concern: the contacts between the fuse and the fuse box had corrosion, blocking flow of the electricity. The corrosion was on the load side of the fuse which made it appear that the concern was elsewhere. After cleaning the corrosion in the fuse box and installing a new fuse, the A/C functioned perfectly. 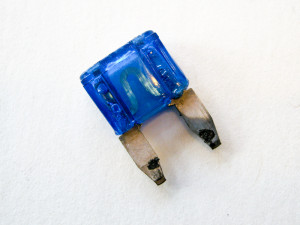 Corroded but not blown!