Keeping Your TDI Reliable For The Long Haul 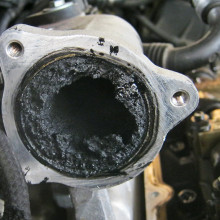 VW TDI diesel engines have been around for two decades in several evolutions: distributor type and common rail injection. They are fabulous engines and have always been state of the art, featuring quiet operation, lots of power and acceleration, and best of all their fuel economy allows a trip from Vancouver to Calgary on a single tank.

One other concern is clogging of the intake manifold which happens commonly on late 1990 to early 2000 Jettas and Passats. Over time the EGR valve, located in the intake stream allows fine soot particles to build up, eventually building up so severely that air flow is restricted. It can become so bad that the engine has too little power to pull the car up a hill. 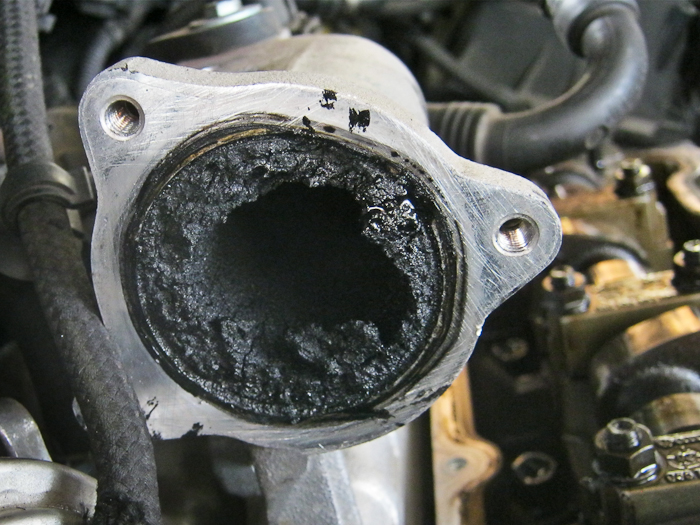 Partially blocked intake manifold. Surprisingly, in spite of being 50% restricted this engine still had plenty of power. Soon it will suffer from severe power loss.

When it becomes this sooted, the intake manifold must be removed to do a thorough cleanout. In exceptional cases the cylinder head must also be removed and the head dismantled to clean the valves. Obviously it makes sense to service the intake before blockage becomes severe.

At 100,000 kilometers it makes sense to remove the EGR valve and inspect for deposits and at this point clean them if present. From that point on, reinspecting and cleaning if needed every 50,000 kilometers will ensure a reliable and trouble free TDI experience; just be sure to replace the timing belt every 150,000 kilometers.