Friday’s featured service is Differential Bearing Replacement on a 2008 Land Rover LR2, brought to us by a client from Dunbar, Vancouver. 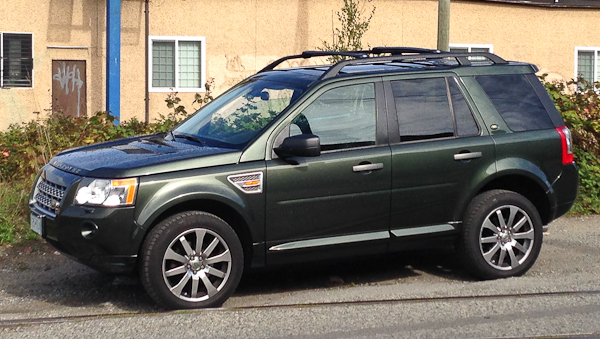 This Land Rover LR2 came to us with a noise coming from the rear of the vehicle which was noticeable at both low and moderate speeds while driving. Initially we thought the noise to be a bad wheel bearing, however upon further inspection we found the noise was emanating from the rear differential. While diagnosing the vehicle on the hoist we also noted a very loud bearing noise coming from the front power transfer unit as well. This is the name Land Rover uses to describe a type of bevel gear assembly that transfers the front wheel drive motion to the rear of the vehicle.

After breaking the news to our client that both differentials needed repairs we proceeded to remove both units and dismantle them. What we found was interesting: on both units the small pinion bearings were badly worn. This issue is common on the Land Rover LR2 rear differentials as Land Rover has issued a bulletin outlining the repair procedure. All internal parts are readily available.

Front differential or power transfer unit repairs are less common. The only parts sold by Land Rover are the outer seals. Worn bearings require replacing the whole unit at a cost just shy of $1800.00. We dismantled the unit and found only one worn bearing at a cost of $40.00.

After replacing all bearings and seals as required in both units we reinstalled the differentials and took a quiet road test. 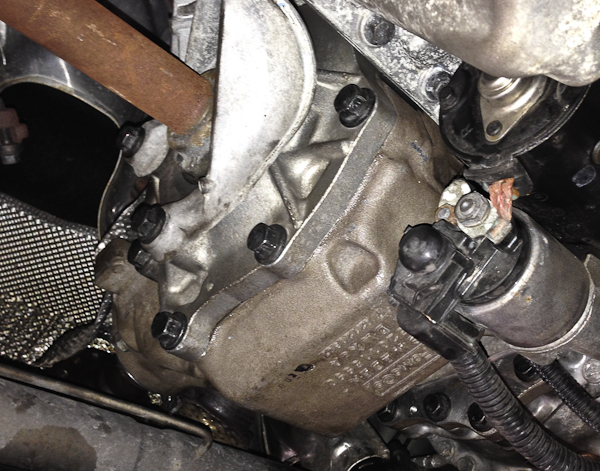 Land Rover LR2 Power Transfer Unit. This part bolts up to the transaxle and sits below the engine. 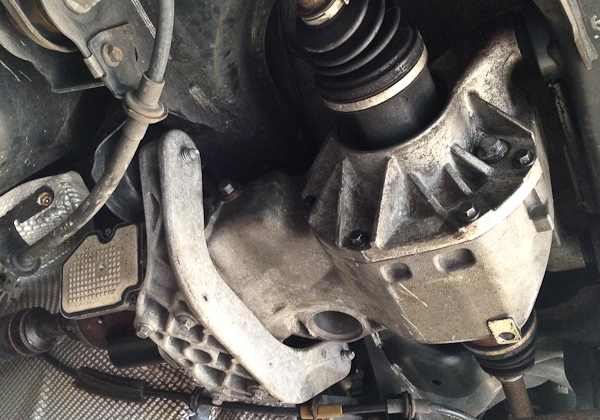 Besides saving our client well over $1500 on this repair job there are few interesting things to note:

First is that the front power transfer unit is equipped with “fill for life” fluid. In our repair information this is touted as a benefit, and yet at 85,000 kilometers this part has failed. Would changing the fluid more frequently have saved this part? Very likely yes; however based on both bearings in front and rear diffs wearing out it may just be bad engineering that caused these parts to wear.

Second, is that this drivetrain is essentially a Volvo all wheel drive system. Ford, owner of both Land Rover and Volvo in this era share this platform among several models. The front differential failure and lack of individual repair parts for both brands is similar: see our similar blog post about repairs to a Volvo XC70 angle gear unit .

Third, both Volvo and Land Rover sell a very expensive ‘special lubricant’ for their power transfer unit or angle gear unit, yet these components only consist of simple gears and bearings. These units require nothing other than regular gear oil for proper lubrication.  We always use synthetic gear oil just to add a little extra margin of durability. This still costs a fraction of the dealer fluid. It is important to use the manufacturers recommended fluid while the vehicle is under warrant.

On a final note the Land Rover LR2 is known as the Freelander in the rest of the world. This newer generation is a massive improvement over the previous generation with its crappy, unrepairable and frequently failing engine.

For more about the Land Rover LR2 click here http://en.wikipedia.org/wiki/Land_Rover_Freelander 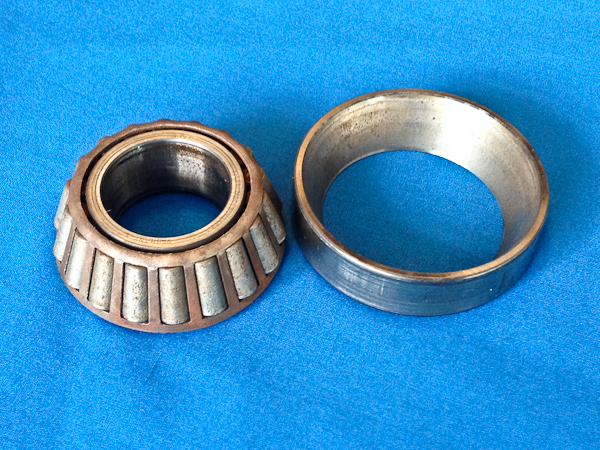 Badly worn pinion bearing from front differential. If you look closely at the rollers you can see severe pitting. The race which is the part on the right is also badly pitted. This worn bearing contaminated the “fill for life” fluid with metal particles.