Starting originally manufacturing motorcycles and then moving into sub compact cars, Honda, like all their Japanese counterparts have come a long way.

I clearly remember the mid 70’s Honda Civics which once littered the roads like Volkswagen Beetles. While they were very popular and economical on fuel they were pieces of crap with a list of problems a mile long: blown head gaskets, timing belts that broke, cv joints that wore out quickly and on and on. It didn’t take long however before many of these concerns disappeared and Honda became synonymous with high quality, reliability and economy.

This is not to single older Hondas out, because their rise in quality has followed the whole automotive industry: today there really are very few, if any, badly built cars. 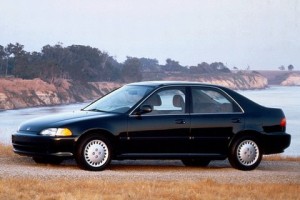 Hondas are great cars to buy if you want to buy a car for the long run. An example of a great car is the 1995 Civic which after almost 2 decades on the road still maintains an almost perfect reliability status in all areas.

While impeccable maintenance is the key to long vehicle life I have seen some Hondas badly abused, like a 2000 CRV that did not have an oil change for 50,000 kilometers and still survive. This is pretty amazing and something that would have killed almost any car engine (most Hondas included). I would certainly not recommend this abuse as the consequences could be very costly.

There are few mechanical defects with Hondas. If you own one you can pretty much expect only routine maintenance for years and years. 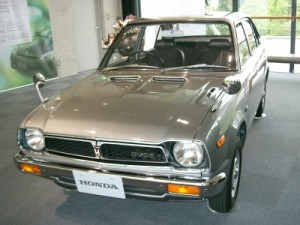 Modern Honda Civics are a far cry from the simple sub compact of 3 decades ago: they still have the economy but drive fabulously, look stylish and feature a roomy interior. It’s a lot of car for the money! Another great car if you are looking in the economy sector is the Fit. Well built and reliable, and reminiscent of the 70s Civic in size. Upscale the Accord is a fabulous vehicle: peppy and well featured: sporty and luxurious. To round out Honda’s line up there is the Ridgeline: They call it a truck, and I guess it is, although it seems like a perfect marriage between a car and truck.